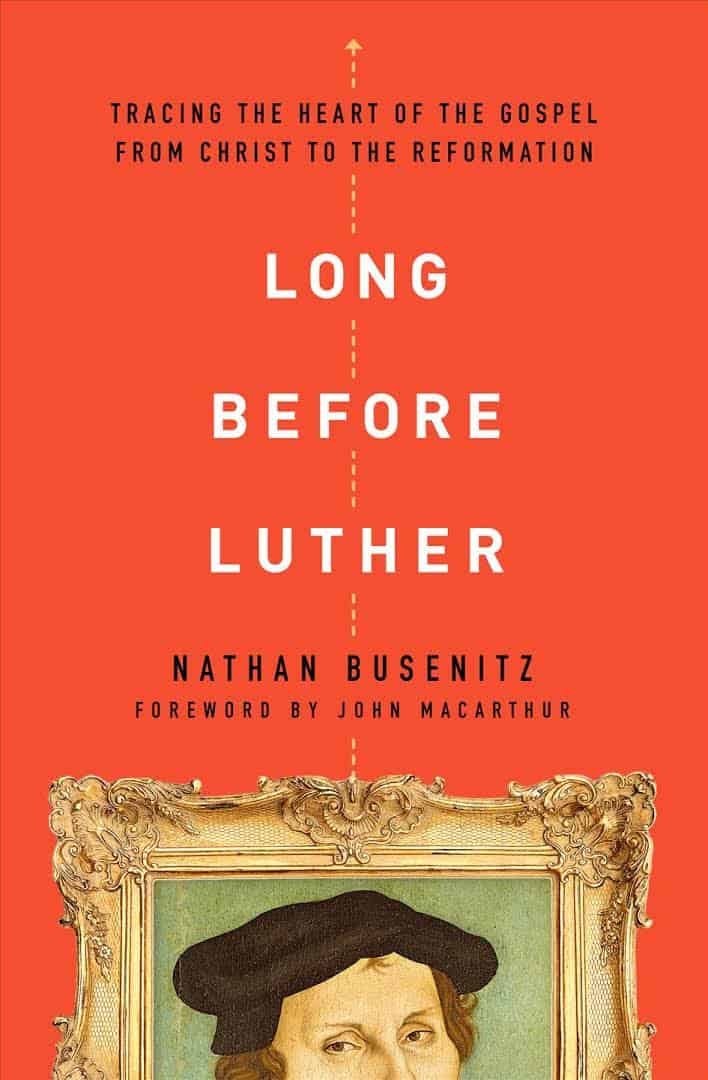 Long Before Luther: Tracing the Heart of the Gospel From Christ to the Reformation by Nathan Busenitz

Long Before Luther: Tracing the Heart of the Gospel From Christ to the Reformation by Nathan Busenitz recently hit the shelves. Busentiz sets out to discover whether or not the doctrine of justification by faith alone was taught and stressed before the days of the Protestant Reformation. Anyone familiar with the Reformers understands the motto, post tenabras lux (after darkness light). This little Latin phrase suggests that there was a darkness in the land in the days preceding the Reformation. Such an assertion is true; however, Busentiz asks whether or not any light existed at all. The answer is a resounding “yes!” Indeed, the author discovers that the doctrine of justification by faith alone is not an invention of the Reformers. Rather, they unearthed and recovered this doctrine which can be traced back to the apostles.

Dr. Busentiz utilizes Alistair McGrath’s book, Iustitia Dei, which he admits is “widely regarded as one of the most comprehensive treatments of the subject.” But comprehensive does not necessarily mean accurate as we shall see. McGrath essentially argues that Luther and his Reformation buddies concocted what we understand now as justification by faith alone. Busentiz adds, “Because the doctrine of justification lies at the heart of the gospel, the implications of this charge are serious.”

McGrath delineates the three pillars of the Reformers’ view of justification which include 1) Forensic Justification, 2) Justification Distinguished from Regeneration, and 3) The Imputed Righteousness of Jesus Christ. McGrath argues that these distinct doctrines are missing in the first fifteen hundred years of church history. Thus, as Busentiz notes, the doctrine of justification by faith alone was “a theological innovation introduced in the sixteenth century,” at least according to McGrath.

With this vexing concern before his readers, Dr. Busentiz carefully guides them on a journey where they discover that Sola Fide was taught by Augustine and the church fathers. The three pillars the McGrath identifies are used as a sort of litmus test which Busentiz uses to his advantage, and I might add, with great skill.

In the final analysis, Busentiz argues that justification by faith alone is not an invention of the Reformers, nor is it a theological novelty. Indeed, this doctrine was taught by the Apostles and the Church Fathers. While it was largely neglected for the first fifteen hundred years of Church History, it was, nonetheless a part of the warp and woof of Christian Orthodoxy.

While McGrath’s assertions concerning justification are troubling, the three pillars he identifies in Iustitia Dei actually serve Busentiz quite well as he looks backward and ultimately makes a compelling case for the historic doctrine of justification. Busenitz should be commended for his work as he settles the score on this crucial matter that concerns the gospel.