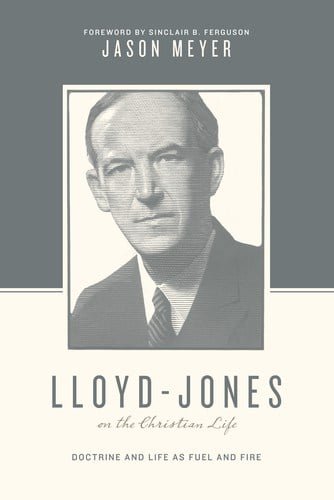 Lloyd-Jones on the Christian Life by Jason Meyer

Dr. Martyn Lloyd-Jones could very well be the most influential preacher of the twentieth century. If there is any doubt that the Doctor carries such a weighty influence, Jason Meyer skillfully recants such a notion in his work, Lloyd-Jones on the Christian Life.

The subtitle of Meyer’s book nicely captures the central theme – “Doctrine and Life as Fuel and Fire.” The author accurately captures the essence of Lloyd-Jones’s ministry: “Doctrine should start in the head, catch fire in the heart, and create a life aflame with true obedience in the will.” This notion which once dominated the evangelical landscape is presently eclipsed by experientialism, pragmatism, and theological liberalism. Such a notion would have been unacceptable to the Doctor and in his mind would have led to a weakened church.

The ministry of Martyn Lloyd-Jones is presented in four movements as outlined below:

Part One – “The Doctor,” which includes some important biographical highlights.

Lloyd-Jones on the Christian Life is a powerful portrait of a godly man who left a legacy of prayer and preaching that continues to impact pastors to this day. My hope is that God will see fit to use this helpful book to shape and sharpen the lives of the next generation of Christian leaders.