Living Next Door to Urkel

My family, along with our missional community, has been devoted to being good neighbors in this overlooked neighborhood for the past three years. We’ve walked the streets, played with children on the playground, welcomed people to eat meals with us in the park, served the Boys and Girls Club, volunteered for a nonprofit, and enrolled our children in the neighborhood school. We’ve helped pay bills and done house repairs. People have invited us to birthday parties and asked us for rides.  We’ve been faithful friends, and we have been blessed by being welcomed into those relationships.

But we haven’t lived there. We haven’t been next-door neighbors.

In a few months, that will change. Our family will be moving into the neighborhood. My neighbors will be there when I leave in the morning and when I come home in the evening. I won’t be driving away at the end of the day, heading back to my life.

There will be Billy, the man with the mind of a five-year-old who calls my husband a hundred times a day, Rodney, the man who wants to talk for twenty minutes every time he sees you, and Johnna, the mom of five who always has a favor to ask.

They will always be there. In a way, it will be like living next door to the most memorable neighbor from my childhood: the pesky, but lovable Steve Urkel.

I assume my entire generation remembers Urkel’s thick-rimmed glasses, high-water jeans, suspenders, and iconic “Did I do that?” We pitied Urkel when Laura rejected him, and Carl threatened to kick him to the curb, but we knew it was sitcom. At the end of the show, the background music would play, and all the conflict would be resolved.  Urkel would again be welcomed into “the bigger love of the family.”

Unfortunately, I’m not living in a sitcom, and I know I can be way more impatient and less loving than Laura or Carl. I fear not only my potential to not love my neighbors when they are annoying or frustrating. I fear that I might avoid pursuing relationships with my neighbors because they might be like Urkel––or worse.

We know that scripture directly commands us to love our neighbor, but like the lawyer in Luke 10, we often try to skirt around the command by asking, “Who is my neighbor?” Jesus, knowing the lawyer wants to justify himself, tells the Parable of the Good Samaritan, making it clear that a neighbor is anyone who needs help, despite the person’s ethnicity, religion, or class (Luke 10:37). Though the Jewish lawyer was most likely looking for an excuse to only show love and generosity to those close to him and those like him, Jesus clearly shows him that loving your neighbor is loving the stranger.

And in many ways, we love loving the stranger. We donate money to care for children in orphanages in other countries. We serve in soup kitchens and provide Christmas presents for families in need. We give care packages to homeless people standing on the side of the street.  We pay for the meals of people in line behind us in the Burger King drive-thru. And, we should rejoice when the Spirit leads us to love people in such ways, but we have to ask ourselves if we are also willing to love in ways that bring the stranger into friendship.

In the parable, the priest and Levite, though their ordained roles require them to collect money for the poor and the needy, aren’t willing to stop and help the injured man, but the Samaritan, who is not an ordained minister of God, stops. He binds up the man’s wounds and provides him with a place to stay, promising the innkeeper he will foot any other expenses when he returns.

This is a parable. Jesus doesn’t tell us how the story ends. But, I bet we are tempted to believe this situation was a temporary inconvenience to the Samaritan man. I bet we want to believe that the injured man heals and no longer needs the Samaritan man’s help. We may even go as far as to think that the injured man will eventually repay the kindness.

But, in real life, we know that loving the stranger––or anyone for that matter––requires continued sacrifice. It requires being present relationally over a long period of time. It requires walking into the unknown.

Thankfully, Jesus is the better neighbor. When we were all like the man lying in the ditch, needing a rescuer, Jesus stepped into flesh and into our neighborhood. “The Word became flesh and dwelt among us,” though He knew we would be worse neighbors than Steve Urkel (John 1:14), and in His love for us, He showed us how to love our neighbor, the poor and the powerless, the unrighteous and the self-righteous, the oppressor and the oppressed.

He sacrificed more than His time. He allowed His body to be broken and His blood to be poured out (Matthew 26:26-28). He sacrificed more than His resources. He “emptied himself, by taking the form of a servant” (Philippians 2:7). He died to take away the sin of the world (John 1:29) and to make those who believe children of God (John 1:12). And He did it for us––the least of these.

There’s no doubt that obeying God’s command to love my neighbors will expose my own impatience, arrogance, and irritability, but thankfully, God will meet my need with His provision. Because His love and grace are greater than my sin, I don’t have to fear that I won’t love my neighbor well. Instead, I can move forward in hope, knowing He will shower me with His kindness and compassion.

He has already proven that He provides evidence of His grace in the most unexpected ways: Billy bringing me a mug because he remembered my birthday or Rodney mowing my grass because it needed it or Johnna offering to give me a ride when my car broke down. 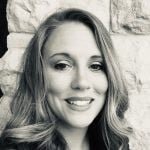 Cassie Langford and her husband Rusty are growing as disciples and disciple-makers as they attempt to follow Jesus in the everyday stuff of life as a part of Matthew’s Table Church in Cleveland, TN. When Cassie is not driving her three children, Caleigh, Elisha, and Josiah, in ceaseless circles, she spends a good deal of her time reading stories, listening to other people’s stories, and hoping to connect those stories to God’s story.