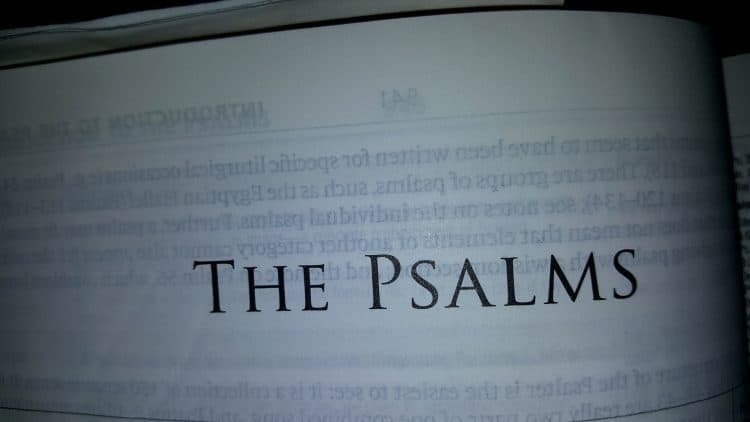 Let My Soul Live and Praise You

Psalm 119:169-176, Let my cry come before you, O Lord; give me understanding according to your word! Let my plea come before you; deliver me according to your word. My lips will pour forth praise, for you teach me your statutes. My tongue will sing of your word, for all your commandments are right. Let your hand be ready to help me, for I have chosen your precepts. I long for your salvation, O Lord, and your law is my delight. Let my soul live and praise you, and let your rules help me. I have gone astray like a lost sheep; seek your servant, for I do not forget your commandments.”

Deep in the heart of every true worshiper is the passion for God to be glorified in the sight of others. Indeed, when one has been captivated by the beauty of God, he wants the excellencies of God to be seen and valued by others that they may join in praise of his great name. And this desire persists and even insists, in the midst of personal trial and temptation, of unjust persecution and moral failure.

With stunning artistry and profound authenticity King David has laid his plea for deliverance before the Lord for 168 verses, and now in the final stanza of his great song he reiterates what has been central to his plea all along. Namely, his desire was that his life on earth be prolonged that he might praise the name of God. As well-trained Westerners, we tend to hear this in personal terms, that is, we assume David’s passion was for the private praise of God. Surely, David praised God in private most if not all the days of his life, however, as the King of Israel his greater passion was to lead the people of God in song. He wanted them to see and savor the saving grace of God and thus join him in the public praise of God all the days of their lives.

Friends, in the midst of great suffering and pain, David rose above himself and pled that God would glorify his great name. Usually when a person suffers they close in on themselves and find it difficult to see beyond themselves, so how did David come to the place where his greatest passion was for God’s glory?

Like anyone who finds himself in a desperate situation, David wanted his prayer to be heard and answered. He writes, “Let me cry come before you; give me understanding according to your word. Let my plea come before you; deliver me according to your word” (119:169-170). One of the primary conventions of Hebrew poetry is a type of repetition called parallelism. While there are various uses of this convention, here David employs what I call complimentary parallelism. That is, he states something in the first line (verse 169) and then something similar but distinct in the second line (170).

In verse 169, David asks the Lord to hear and heed his cry which is this: “give me understanding according to your word.” I take this to mean that David wanted to gain God’s perspective on his situation as he meditated on God’s word. He longed to understand how God thinks and acts in general so that he would know what to expect in his particular situation. He yearned to gain insight into the promises of God so that he could ground his hope in the faithfulness of God rather than on the fickleness of circumstances and people. Even though he was desperate, he craved the grace to see all things as God sees them.

Then, in verse 170, David asks for something similar but distinct, specifically, he writes, “Let my plea come before you” which is this: “deliver me according to your word.” Here David more directly entreats the Lord to save him from the serious, and perhaps even deadly, plots he was facing, so he asks the Lord to do so by acting according to his word. That is, David longed for God to display his glory by honoring his promises and practices in the life of his people, and to do so in the sight of their enemies. Essentially, David was asking God to vindicate his word by delivering one who was hoping in his word.

In a spirit of expectation, David assumed that the Lord would hear and heed his prayer, and thus he wrote, “My lips will pour forth praise, for you teach me your statutes. My tongue will sing of your word, for all your commandments are right” (119:171-172). Like the previous two verses, David again employs complimentary parallelism. In verse 171, he promises that his lips would gush with praise, both private and public, specifically because assumed that the Lord would hear his prayer and teach David his statutes. Indeed, when a soul calls on the name of God for insight into the word of God, the God of the word will answer, and the soul will praise his name.

In addition to the praise that is evoked by insight, David promised in verse 172 to sing of the word of God specifically because he assumed God would deliver him according to his word. That is, he expected God to vindicate and verify his promises and practices by demonstrating what happens in the life of one who clings to them. Indeed, when a soul calls on the name of God for deliverance according to the word of God, the God of the word will act, and the soul will praise his name.

This was David’s hope, namely, that he would be instructed and delivered by the Lord and thus inspired to praise the Lord and lead others to do the same.

With these hope-filled lines in mind, David draws his song to a close by reiterating his prayer. Like a child calling on his father, he writes, “Let your hand be ready to help me, for I have chosen your precepts. I long for your salvation, O Lord, and your law is my delight. Let my soul live and praise you, and let your rules help me” (119:173-175). It seems to me that verse 175 is a summary of Psalm 119, for there David beseeches the Lord to extend his life on earth so that he might praise his name in private and public precisely because the word of God had helped him.

As I noted in the first entry in this series, Psalm 119 is at once an inspiring work of art and a penetrating exploration of the interplay between the law of the Lord, the promises of the Lord, and the reality of suffering. Here at the end of the Psalm, David summarizes this interplay by helping us understand that the praise of God emerges from the people of God when they experience the delivering power of God according to the word of God.

With this in mind, David concludes with an admission of his own culpability and a final cry. “I have gone astray like a lost sheep; seek your servant, for I do not forget your commandments” (119:176).

A Passion for God’s Glory

Returning to the question I asked at the beginning of this article, how did David come to the place where his greatest passion was for God’s glory, even in the midst of life-threatening suffering? My answer is simple: in all seasons of his life, David disciplined himself to be in the word of God and to call upon the God of the word. As he did, he learned that the central passion of God in creation is to exalt his glory so that his people might have everlasting joy by calling upon his name. With this in mind, David learned to live his life for the glory of God, and this aim became so strong that it not only survived the storms of life but became a beacon in the midst of them.

This beacon did not disappoint. Although we don’t know the particulars of the trial that gave birth to Psalm 119, we do know that the Lord showed himself faithful to David all the days of his life and also made him to be a forerunner of Jesus Christ. For the Lord made promises to David that were fulfilled in Christ, and the Lord made David to be in small measure what Christ is in infinite measure. Specifically, by his amazing grace, God made Christ to be the eternal King of the Tribe of Praise (that is, Judah), and the one who will lead God’s people in praise forever (Hebrews 2:12).

O Friends, take the time to contemplate the extent to which the Lord heard and answered David’s prayer! Surely, he demonstrated his faithfulness to his words and to his people beyond anything David could have asked or imagined.

So, let us look to King David and cling to the central anchor of his life, namely, to live for the glory of God by living according to the word of God and calling upon the name of God through all the seasons of life. And as we witness the faithfulness of God to his words in our own lives, let us rise up and sing his praise both now and always.