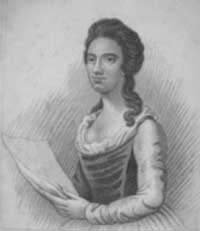 Among English Baptists of the eighteenth-century, Anne Dutton was known as “the most theologically capable and influential Baptist woman of her day.”[1] Anne Dutton’s hymns, poems, letters, and writings have had a tremendous influence on Baptistic life in the eighteenth-century. In this article, we will look at the life of Anne Dutton and answer one question, “What can we learn from her spirituality?”

WHO WAS ANNE DUTTON?

Throughout the centuries, female theologians have had no voice in society. As a result, they have often been unheard of. With that said, there is of great value to hear from the voices of woman in the eighteenth-century.

Anne speaks of her conversion in this way: “There was a mighty impression made upon my heart, of the reality and consequence of a future state either of misery or of glory, of unspeakable happiness, or inconceivable torment.”[3] At this moment, Anne had eternity before her eyes. As Anne was confronted with her sin, she saw her great need for the Saviour. In Anne’s words, “the blessed Spirit took me, as it were, by the hand, and led me to take a survey of Christ. He led me to take a view of Christ on the cross… I viewed all my sins meeting on Jesus! In the finished work of redemption.”[4]

When Anne was fifteen years old, she joined the Church of Christ in Northampton. In this church, Mr. Hunt gave Anne training in Bible, religion, and musical hymnody.[5] Eventually, Mr. Hunt was removed from his position, and another minister took his place. The new past was John Moore, a Calvinistic Baptist, who came to Northampton in 1700. Under Mr. Moore’s ministry, Anne’s spiritual life grew in great lengths as Moore preached the doctrines of grace with much boldness.[6] In his sermons, Dutton was “abundantly satisfied with the fatness of God’s house; made to drink of the river of his pleasures, and, in his light, I saw light.”[7]

It is important to note that God providentially brought trails and illnesses in Anne’s life to advance his gospel work in the eighteenth-century. A large portion of Dutton’s ministry would be done from bed, as she would write hymns, poems, and letters while bedridden. Her writings and letters had a tremendous influence on the Christian life in the 18th C. To many, Anne’s most significant contribution to Baptistic life was her devotional study, Thoughts on the Lord’s Supper, Relating to the Nature, Subjects, and right Partaking of this Solemn Ordinance. In this work, Dutton revealed clear Calvinistic Baptist piety towards the Lord’s table, which strengthened and encouraged the Baptistic movement.

As we look at the life of Anne Dutton, we can learn something from her Baptistic piety. Anne Dutton was a woman who truly walked with God all the days of her life. Anne knew the weight of her sin, but she also knew the glories of her Savior.

The highlight of her life was communing with the Triune God, especially at the Lord’s Table. The overarching theme of Dutton’s life was to be in the presence of the Lord. Her communion with God led to her spiritual advice and ministry to others. To those who are down, she would remind them of the love of God. In one of her letters, she stated that the love of God is a “bottomless, boundless, endless ocean, that swallows up their innumerable and mountainous sins in its infinite depths.”[8]

To those who were starving spiritually, Dutton would remind them to always “make room within our souls for enjoying the grandeur of God.”[9] Therefore, we can learn that if we are going to minister to others, we must first have a true experiential relationship with God. Our ministry must be an outflow of our relationship with God. For Anne Dutton, her ministry was just an extension of her walk and communion with God. Thus, as one looks at the life of Anne Dutton, they can see a woman who loved the Lord and desired to be obedient to His Word. Anne sets the example for future generations.

We are reminded in Hebrews 13:7 to remember our leaders who spoke to us the word of God, and to consider the outcome of their way of life and imitate their faith. A Baptist leader from eighteenth-century Britain that must be remembered and imitated is Anne Dutton. Though unknown today by many, Anne Dutton’s hymns, poems, letters, and writings shaped Baptistic life in the eighteenth-century. Today there remains a great need for the recovery of Baptist piety and spirituality amongst our Baptist circles. The church today can learn a great deal from studying the life of Anne Dutton.

Dutton, Anne. Thoughts on the Lord’s Supper, Relating to the Nature, Subjects, and Right Partaking of this Solemn Ordinance. London: J. Hart, 1748.

Sciretti, Michael. “Anne Dutton as a Spiritual Director.” The Center for Christian Ethics at Baylor University (2009).

[9] Sciretti, Michael. “Anne Dutton as a Spiritual Director.” The Center for Christian Ethics at Baylor University (2009), 34.