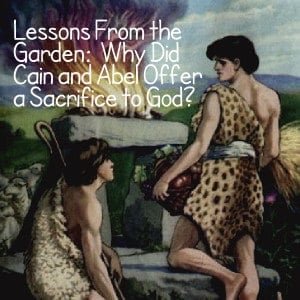 Lessons From the Garden: Why Did Cain and Abel Offer a Sacrifice to God?

We are certainly familiar with the fact that Cain became angry that God rejected his sacrifice and instead favored what his brother Abel presented. Despite God warning Cain to deal with and control his anger, Cain lashed out at Abel and murdered him, thus resulting in the first murder in mankind’s history. That familiar story has been addressed by many, but I have always wondered why Cain and Abel brought a sacrifice to God in the first place. There does not seem to be a mandate provided in Scripture for man to bring a sacrifice to God and the events of Genesis 4 are a 1000 years or so prior to the mandates provided by God to Israel at Mt. Sinai, instructions that outlined the sacrificial system.

Let’s first look at the overall context and the passage where this event takes place:

Genesis 4:1-5, “Now Adam knew Eve his wife, and she conceived and bore Cain, and said, “I have acquired a man from the Lord.” Then she bore again, this time his brother Abel. Now Abel was a keeper of sheep, but Cain was a tiller of the ground. And in the process of time it came to pass that Cain brought an offering of the fruit of the ground to the Lord. Abel also brought of the firstborn of his flock and of their fat. And the Lord respected Abel and his offering, but He did not respect Cain and his offering. And Cain was very angry, and his countenance fell.”

Following their removal from the Garden of Eden, Adam and Eve had children. It is assumed that Cain and Abel were the first two progeny. We are told that Abel was a shepherd and Cain was a farmer. Verse 3 is arguably where we can begin to pick up some clues as to why Cain and Abel brought a sacrifice to God. We are told that “in the process of time” they brought their respective offerings to God. This is an interesting phrase. Looking at what the Hebrew words mean provides the idea of a conclusion to a period of time with process (qets) meaning “end” and time (yom) referring to a time frame. What that period of time was, how long it was, or why the conclusion of that period of time led to Cain and Abel bringing a sacrifice are all valid questions that is seems we can only speculate upon.

Some Bible commentators suggest the basis for these offerings being presented is rooted in the relaying to their children by Adam and Eve of the sacrifice of an animal or animals by God to provide a covering. This lesson could very well have resulted in an offering being presented to God on a recurring basis (i.e. the process of time) as a remembrance of God’s provision. The offering that would be provided then was based on the fruit of their labors. In the case of Abel he brought the firstborn of his flock and in the case of Cain, he brought the produce of his labors as a farmer.

Other commentators suggest the reason for the offering of sacrifices was due to the relational aspect of man and his Creator. Sin had a major impact on this relationship with the perfection of relationship between man and God in the Garden being broken. Perhaps offering a sacrifice was a way to connect with God by offering something of value as a means of restoration. Reno, in his commentary on Genesis suggest “In this seeking, the economy of sacrifice – offering the fruits of human labor – bridges the distance between God and the now-remote creature”[1]. This is certainly a possibility as later prescriptions by God for sacrifices were intended to address sin with the telos being the perfect sacrifice of Christ on the cross as the ultimate means of restoration and redemption of relationship between God and man.

Both perspectives are certainly viable. There is some insight provided to us elsewhere in Scripture. For instance, Hebrews 11:4 notes, “By faith Abel offered God a better sacrifice than Cain did. By faith he was commended as a righteous man, when God spoke well of his offerings. And by faith he still speaks, even though he is dead.” Faith is the focus of why Adam’s sacrifice was deemed acceptable to God; however, faith in what exactly? The answer to that question and perhaps resolving some of the mystery as to why in the process of time they brought a sacrifice to God in the first place is rooted in what the faith of Abel was focused upon.

This returns us to the promise made by God in Genesis 3:15 – “And I will put enmity between you and the woman, and between your seed and her Seed; He shall bruise your head, and you shall bruise His heel.” This passage references the battle between the seed of the Serpent and the seed of the woman. The seed of the woman is of course the Messiah. The faith demonstrated by those mentioned in Hebrews 11 was focused on the coming of the Messiah. By faith in that promise, Abel presented his sacrifice. His sacrifice was better than that of his brother Cain due to it being offered in an understanding of the promise of the Messiah.

If we utilize faith in the promise God made in Genesis 3:15 as the basis for determining why Cain and Abel presented a sacrifice to God in the first place, the suggestion this was something passed down to them from Adam and Eve makes perfect sense. After all, God was speaking with Adam and Eve when the promise of Genesis 3:15 was provided and something that important, namely the solution to the problem of sin and the restoration of relationship would certainly have been passed down to succeeding generations. Perhaps as suggested by Adam Clarke, the process of time “means the Sabbath, on which Adam and his family undoubtedly offered oblations to God, as the Divine worship was certainly instituted, and no doubt the Sabbath properly observed in that family. This worship was, in its original institution, very simple. It appears to have consisted of two parts: 1. Thanksgiving to God as the author and dispenser of all the bounties of nature, and oblations indicative of that gratitude. 2. Piacular sacrifices to his justice and holiness, implying a conviction of their own sinfulness, confession of transgression, and faith in the promised Deliverer.”[2] For those not familiar with the word piacular, it means “making or requiring atonement”.

Putting all the pieces together, we can rightly state the sacrifice presented by Cain and Abel was to be a matter of faith in the coming of the Messiah, something passed down to them from Adam and Eve in remembrance of Genesis 3:15. This was in remembrance of God’s provision and covering of the nakedness of Adam and Eve. Both remembrances point to the promises of restoration and redemption rooted in Genesis, which flow through Scripture, which reach their finale when Christ returns. Scripture does not state a specific sacrificial prescription by God as this point in history, but we can make a strong case they were instituted as a recurring appointed time, on the Sabbath or otherwise, as a means by which to focus on the promise of the Messiah and what His coming would accomplish. 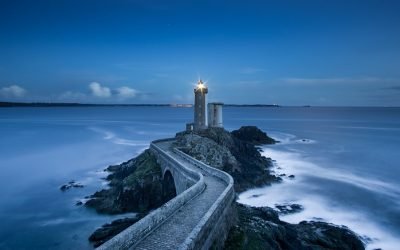