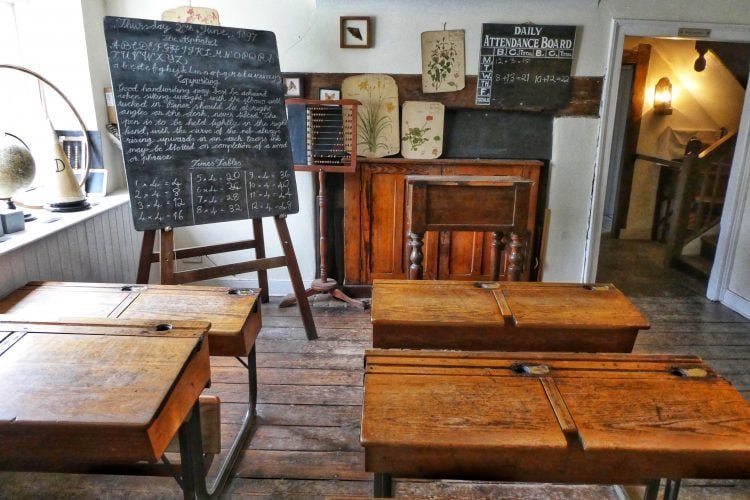 Lessons From Ruth a Lioness

I’ve been preaching through Ruth at my church, and have been struck all over again by the godly namesake of this book. Ruth is one of the great heroes of the Old Testament, and the New. She is a lioness of faith and fortitude. And she still has many lessons to teach us in our faint-hearted day.

Ruth was the great grandmother of King David. She is also one of only four women specifically named by Matthew in the lineage of Christ (Matthew 1:5). This distinct honor is bestowed on her for at least two reasons, I believe: first, to recognize her as a person of great character and faith. When Orpah forsook her mother-in-law in the face of hardship, Ruth “clung” to her, and to her God, and refused to be bowed down by the cares or concerns of her present circumstances.

A second reason for Ruth’s prominent mention by Matthew is perhaps to bring attention to her as a symbol of God’s love for and inclusion of the Gentiles. It is amazing that God would take such care to record the story of a lowly Gentile, to bless her to be taken and accepted into his chosen nation, and, finally, to providentially position her to be the ancestress of Israel’s great King David, and the Savior Christ Jesus.

Thus, God’s mercy to undeserving sinners and his reward to the faithful are both depicted in the person and the story of Ruth. Ruth is both a lioness of faith and a receptacle of grace. And perhaps nowhere is this balance of God’s mercy and Ruth’s faithfulness more beautifully displayed than in Ruth’s famous words to her mother-in-law Naomi, which are still as fresh and inspiring today as the day they were uttered:

Do not urge me to leave you or to return from following you. For where you go I will go, and where you lodge I will lodge. Your people shall be my people, and your God my God (Ruth 1:16).

Do Not Urge Me to Leave

So far, from the kind of fooling around with sin that we so often indulge in as Christians, Ruth says, in effect, “I have made up my mind on this issue, and there is no use in trying to dissuade me.” What a determination! No looking back, her hands are set to the plow. Like her Savior, who “set his face” to go to the cross (Luke 9:51), Ruth devotes herself to the faithful service of Naomi and of Naomi’s God.

This level of decisiveness is rarely seen among Christians in America today (present company included), although it was common in the writings, prayers, and sermons of saints in the past. In our post-modern, image-conscious, morally crumbling culture, we have developed a thousand excuses—with as many medical or psychological or spiritual labels to legitimize them—for inactivity in the kingdom of God and neglect of our obligations to God. Sinclair Ferguson, in his classic work A Heart for God, makes this insightful and indicting observation:

Somewhere along the line, the idea of being a decisive and determined Christian has lost out in the fashion stakes… Curiously, we have become so self-effacing that we are no longer sure whether or not we will keep the promises we make!… Sometimes we cover our failure over with theology (of all things)—we know ourselves too well (we say) to promise very much to God! But that is bad theology… [God] does not regard our failure here as a becoming modesty, or an understandable reticence. He has other names for it: disobedience, disloyalty, backsliding, faithlessness.

By contrast, Ruth made up her mind that she desired Naomi’s God to be her God and his people to be her people,and she would not accept any enticement, broach any opposition, or entertain any contrary word to the determination she had made.

Your People Shall Be My People

It is important that we realize the permanent and weighty implications of Ruth’s decision to return to Israel with Naomi. This was not simply a geographical decision of where to live, nor was it just a decision to be a citizen of one country instead of another. Ruth was choosing sides.

The Israelites and the Moabites were sworn, enemies. There was, by God’s command, to be no fraternizing or fellowship between his people Israel and the pagan Moabites. Balak, the wicked king of Moab, had sought to curse the Israelites through the wicked prophet Balaam (Numbers 22:5-6). Thus, when Ruth said to Naomi, “Your people shall be my people,” she was declaring her allegiance to the cause of Israel and permanently severing her ties and loyalty to her own nation Moab.

Ruth has left her heathen native land; the God of her mother-in-law is her God. She has gone to an unknown people, has taken refuge under the wings of the God of Israel, has looked to Him for help, and has found more than she could expect or conceive of in being permitted to become the mother of the royal house of David.

Not only would she,, therefore, be found in the lineage of the coming Messiah, as Matthew reminds us, but her great-grandson David would also be used to eventually defeat the Moabites and bring them into servitude to Israel (1 Chronicles 18:2).

Yet I wonder — even as we observe Ruth’s courage and determination from afar, and even see the Lord blessing her decision to be identified with his people — are we willing to make a similar determination ourselves? Jesus has warned us that the world is at war with the cause of Christ, that the world hates those who follow in his footsteps, and that we cannot,, therefore, pledge our allegiance to him and to the world. We must choose sides.

Will the people of God be our people? Will we suffer with them, serve with them, bear the shame of the world with them? Or are we, like Orpah, all too willing to return to our idolatrous ways and settle down in a land that is will soon suffer the crushing defeat of Christ?

Your God My God

When Ruth announced her settled intention of following Naomi and of serving her God, she was thereby, not only cleaving to Naomi, but cleaving to the one and true and living God, while leaving behind the idolatry of Moab. This unmistakable commitment on Ruth’s part, to put her trust and security in the true God of Israel, is evidenced in Boaz’s blessing to Ruth: “The Lord repay you for what you have done, and a full reward be given you by the Lord, the God of Israel, under whose wings you have come to take refuge!” (Ruth 2:12).

May the settled, uncompromising, irrevocable determination of our hearts be, like Ruth, to trust under the wings of the one true God and to serve him faithfully no matter what the cost. Even a lioness needs a refuge.