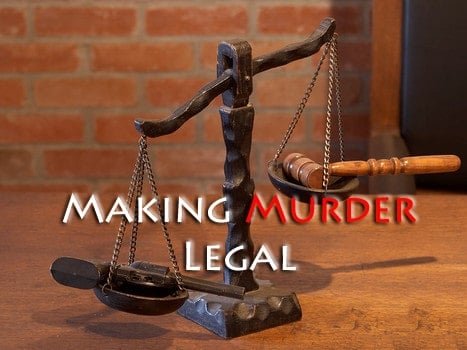 Standing for Life in a Culture of Death

I’m sure you’ve heard the argument a hundred times. Why would you even go that route? I mean, really? You think that legislating morality is the way to go? That somehow getting a law passed is going to fix it all? Just preach the gospel! No one just preaches the gospel. In fact, just this morning I was schooling my son at home with math. We spent 10 minutes on our assignment, and not once did I say anything about the gospel. “And you call yourself a pastor?!” My guess is, you didn’t just preach the gospel today. You did other things, right? Maybe you went to work, or stayed home and changed a diaper. Maybe you went golfing or took some time to read a good book. No one just preaches the gospel. Which means we need a new argument.

To be sure, the gospel is the Kingdom of God, the announcement that the Christ has come. Jesus fulfilled Israel’s redemptive trajectories, taking their story and bringing it to its climactic point: He lived a perfect life in obedience to the Law of God, He was crucified for our sin as a substitutionary atonement, He was buried, and then raised in resurrection power on the third day—all of which we call good news—and after all was said and done, He ascended to the Throne of David in heaven and is seated there with His scepter in tow, ruling, and reigning while the Father makes all His enemies His footstool.

If we’re going to have a discussion about abortion, we better have the gospel straight. Not only do we need the gospel straight, we need the discussion to be clearly defined. Abortion is murder. To take the life of even the smallest of humans is to violate the Law of God (Genesis 9:6; cf. Exodus 20:13). The issue of abortion cannot be framed around women’s rights (what if the baby is female, then?), choice (so the Nazi’s were right in choosing what was best for them?), and personal aspirations for the future (rape should be legal, after all, my sexual freedom helps me do better in college, right?). Murder is a crime punishable by death, and as the Apostle Paul makes abundantly clear, the law is in fact good, so long as it functions the way it is supposed to function: to suppress and punish evil (1 Tim. 1:8). The law doesn’t punish the righteous—those clothed in Christ’s priestly garments—it punishes those who violate the law of God. “Knowing this, that the law is not made for a righteous man, but for the lawless and disobedient, for the ungodly and for sinners, for unholy and profane, for murderers of fathers and murderers of mothers, for manslayers.” (1 Tim. 1:9, KJV) In other words, the law of speed limits only becomes a problem for the person who violates it. Consequently, Christians must call abortion for what it is: the taking of life, the shedding of blood, the purposeful destroying of an actual person…murder.

So What Do We Do?

Having established some parameters, I want to take this a step further. God is the only Sovereign. Only He imputes meaning to the universe. An atom exists because God has sovereignly willed them into existence. The color red is the color red (and not blue) because God has sovereignly willed it to be this way. To be sovereign is to not just rule, but reign; and not just reign, but in order to decipher this from that. Because God is a covenantal God, He has sovereignly delegated certain covenantal spheres. In Scripture, those spheres are: individual self-government; family government; ecclesial government; and finally, State government. Each has their roles, regulations, responsibilities, and guidelines. The Church is to administer the sacraments, the family is to carry out the dominion mandate, and the State is to wield the sword.

Romans 13:1-4 states, “Let every person be subject to the governing authorities. For there is no authority except from God, and those that exist have been instituted by God. Therefore whoever resists the authorities resists what God has appointed, and those who resist will incur judgment. For rulers are not a terror to good conduct, but to bad. Would you have no fear of the one who is in authority? Then do what is good, and you will receive his approval, for he is God’s servant for your good. But if you do wrong, be afraid, for he does not bear the sword in vain. For he is the servant of God, an avenger who carries out God’s wrath on the wrongdoer.”

While I simply do not have the time and space to go into this too far, I will say this much. Romans 13 does not teach the unlimited power of the State, nor does it teach the unqualified obedience of an individual to the State. Paul says that those institutions, like the State, are in existence because God is sovereign over them. Rulers and civil magistrates exist because God says they should exist. This means God alone dictates the roles they must play. And what is the role the civil magistrate must play? Since he is a deacon of God (the word “servant” is the same word for “deacon”), he is an avenger of God’s wrath. Individuals do not avenge themselves (see Romans 12:19), but leave it up to God and His chosen means.

In addition, these verses presuppose something important: the State is to carry out God’s will in accordance with God’s law. Paul says to, “Do what is good,” and then speaks of doing that which is “wrong.” How does one determine which is which? According to God’s Word. The principle of the State’s covenantal sphere of authority is very simple (and a cursory reading of Kings and Chronicles demonstrates this as well): The State is to govern according to God’s Law, and any law that requires that which God forbids or forbids that which God requires is not a true law, and hence can be resisted. As a result, Christians must obey God rather than men.

All of this is to say that Christians have a duty to be good citizens, leavening righteousness in their respective nations so as to see God’s laws honored, while teaching the nations to obey all that Christ has commanded. Which means that in turn, the State and her appointed leaders must rule under the Lordship of Christ (see Psalm 2). But one thing we must clarify: all laws are religious. Any culture that a society produces is their religion externalized. There is no neutral ground. Either man will be governed by God, or he will be governed by tyrants. Either laws will honor the gospel, or they will compete against the gospel.

That’s why this is a gospel issue. The false gospels of the state are plentiful. The State mandates a tithe (way more than what God requires!) and promises to take care of us. The sacraments are entitlement programs that foster an ever-increasing welfare state. “Ah, yes, the State will take care of you! Trust us.” Only the truly Sovereign can say such things.

Because there is no neutral ground, and because the very nature of law is religious (it presupposes a worldview), Christians can and should be involved in legislating good, godly, and biblical laws. This is not the same as preaching the gospel, but to preach the gospel is to give a fully-orbed worldview under the Lordship of Christ. We must elect godly leaders who fear God. We must write to them, speak to them, and implore them to do what is right. Like Nathan, the prophet, the Church must rebuke David when necessary. This means being godly trouble-makers who speak prophetically to the State and her leaders. We don’t revolt, we preach. We don’t carry the sword of steel, but the sword of the Word. Since all legislation is religious in nature, we seek to see the crown rights of Jesus acknowledged and legislated instead.

To those who would object and say, “You can’t mix politics and religion,” I would say, “Too late; it’s already being done.” Politics cannot ever be conflated with the gospel, but to say that the two don’t have any correlation is to buy into the myth of neutrality. The laws on the books regarding Roe v. Wade presuppose a secular humanistic worldview built on naturalism and evolution. That is religious!

To those who would object and say, “Separation of Church and State! You can’t do that,” I would say, “Nonsense. Christ’s Church has much to say to the God-ordained institution of the State. The Bible clearly teaches that the State is to govern according to God’s Law, therefore, the Church must be entrusted with the prophetic responsibility of rebuking, correcting, and teaching the State what the Word of God says on matters pertaining to societal jurisprudence.”

The entirety of Old Testament Law and Prophetic witness points to the law of love: loving God, loving others. And what is love? “Love is the fulfilling of the law” (Romans 13:10). Love for God and neighbor means love for justice and righteousness. We love our neighbors when we don’t covet their things and kill them. It is loving one’s neighbor when we seek their well-being. It is love to warn of one’s sin against God by the purposeful and intentional murdering of a baby in the womb.

So we continue to be salt and light in a place of rotting meat and darkness. We push to see abortion completely eradicated the god named Molech, wiped out completely. We stay involved in politics because the Lordship of Christ has much to say about governance and law. And we do so all the while proclaiming the good news of the Gospel.

Standing for Life in a Culture of Death

Few issues are as volatile and as least understood as the issue of abortion. People today on the pro-choice side of the debate make two arguments. The first is that they are autonomous individuals, therefore, able to make choices that only impact their own lives. This...

I was speaking at a conference on my book, After They Are Yours: The Grace and Grit of Adoption (Cruciform Press, 2014). I was talking openly and transparently about my wife’s and my struggles as adoptive parents, our failures, and our hopes. As I did, there were 4 or... 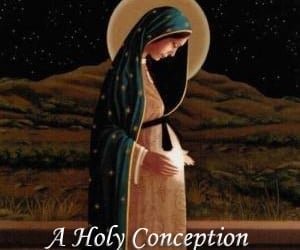 The Center of Pro-Life Conviction: Adoption, Abortion, and the Holy Embryo

"But when the fullness of time had come, God sent forth his Son, born of woman, born under the law, to redeem those who were under the law, so that we might receive adoption as sons. And because you are sons, God has sent the Spirit of his Son into our hearts, crying,... 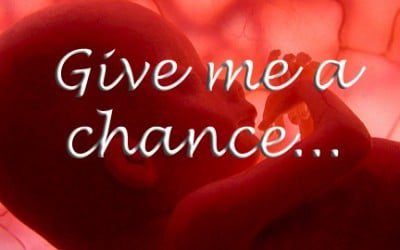 Speaking About Life: Ministering to Those Facing an Abortion and Helping the Church Be About Life

Speaking About Life: Ministering to Those Facing an Abortion and Helping the Church Be About Life Few issues are as talked about as the issue of an abortion or as least understood as abortion. Life is important and special, since the Lord God breathed life into Adam,... 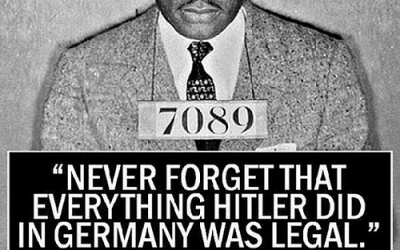 Abortion as a Form of Discrimination: Why It Ought to Be Unthinkable

The purpose of this article is to argue that the unborn, from the moment of conception, have a right to life that is on the same level as infants, children, and adults. An induced abortion [1] at any stage, therefore, is a form of discrimination that ought to be...

Interview With Rick Hogaboam About Abortion and Adoption Rick Hogaboam is a Christian, husband to Mimi, and father to five: Cody, Kira, Lexi, Zoey, and Ezra. Since 2008, he has served as the Senior Pastor of Sovereign Grace Fellowship in Nampa, Idaho and recently...