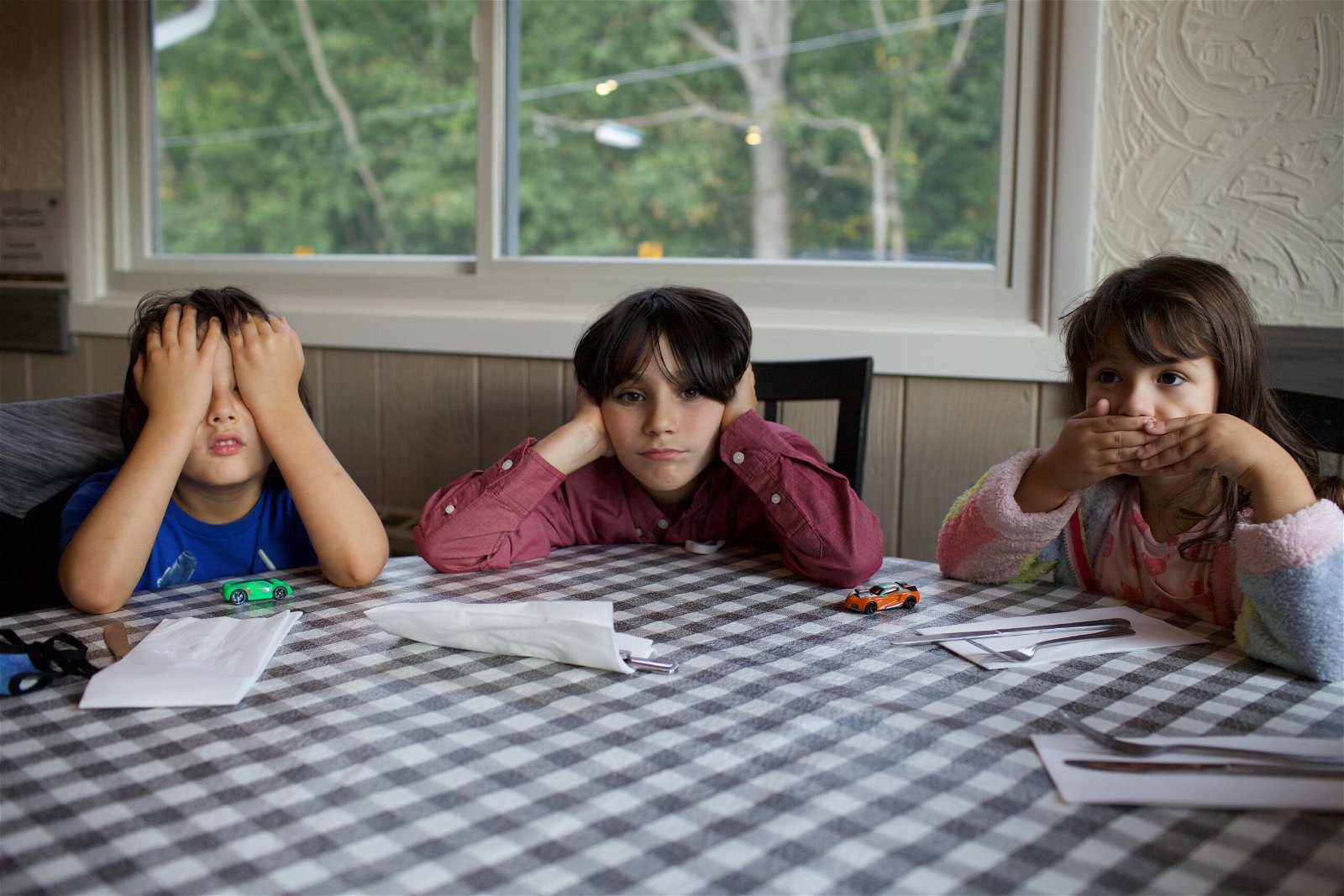 Learning from Job How to Raise Kids in the Modern World

Sometimes the best way to learn how to live in our modern age is to travel back several millennia. Because there truly is nothing new under the sun. And because the convenience of a church on every corner and family-friendly legislation is almost a historical anomaly of our recent western culture.

As we face increasing challenges across the globe to Christian ideals, and as it becomes especially difficult to insulate one’s family from competing worldviews, it is helpful to ask, “How did saints in the past deal with these difficulties?”

Perhaps surprisingly, one of the best father figures in Scripture comes from one of the most ancient figures in the Old Testament. Interestingly, he is not often mentioned because of his parenting, although that is precisely what God notes about him even as he is introduced to us in the book that bears his name.

Christian parents, have you considered Job—a God-fearing father? Although over 40 chapters are dedicated to Job’s trials and his handling of them, it is striking—to say the least—that only one verse is given to illustrate his godly character, which led up to the trial (and which gave rise to God’s commendation of him, that there was “none like him on the earth, a blameless and upright man, who fears God and turns away from evil”). That verse is completely concerned with the kind of father that Job was!

“And when the days of the feast had run their course, Job would send and consecrate them, and he would rise early in the morning and offer burnt offerings according to the number of them all. For Job said, “It may be that my children have sinned, and cursed God in their hearts.” Thus Job did continually” (Job 1:5).

Let’s consider this ancient figure Job to learn how we might parent well in our modern world.

Job Was Parenting in the Midst of Prosperity

Job was a busy businessman. This was not some monkish believer who had nothing else to do than spend quiet time with God and raise his kids. The verses preceding our introduction to Job’s parenting give us a look at his family situation, his wallet, and—by extension—his work calendar.

First, we are told that Job had ten children (1:2). Just pause and take that reality in for a minute. We are not talking about a Western family with 1.5 kids. Job had seven sons and three daughters to protect and provide for.

Then we are also afforded a picture of Job’s immense wealth in Job 1:3: “He possessed 7,000 sheep, 3,000 camels, 500 yoke of oxen, and 500 female donkeys, and very many servants, so that this man was the greatest of all the people of the east.” In other words, Job was not just a busy man: he was a wildly successful man of business. He was more like a corner-office CEO, in our day, than a cubical-working supervisor.

The challenge of raising kids in the midst of work obligations that vie for our attention and affection is not new. In fact, almost none the temptations we face are really new: to root one’s identity in one’s personal success, to pursue greater wealth at the expense of family, or to be so distracted by putting food on the table that we forget to pray around it. Job, like many today, was parenting in the midst of great personal prosperity.

Yet, Job is commended for the attention he gave his children’s spiritual welfare, even as a hardworking and successful businessman. Parents, this is the one great assignment given to us as parents in both the Old and New Testaments. We are to teach our children to know God and to set their hope in Him (Deuteronomy 6:4-12; Psalm 78:5-7; Ephesians 6:4).

Before every other desire for our children, we should pray that they love, obey, and trust in the sufficient grace of the one true God. Every other command, including the duty to provide for one’s family, is toward this one great and all-encompassing goal. Yet how easily our attention is drawn away, or our obligation crowded out, by the busyness of seeking success in other places or ways.

Job had all the temptations that luxury, entertainment, and status bring; but he remained focused on his role as a God-fearing parent.

Job Communicated His Spiritual Priorities to His Children

We are not specifically told what worshipful rituals were involved in “consecrating” his children in this pre-law setting. But it is clear that, even before God commanded in Deuteronomy 6 for parents to diligently disciple their children, Job recognized how crucial it was to communicate to his kids their need for God.

Like Joshua who boldly and publicly declared, “As for me and my house, we will serve the Lord” (Joshua 24:15), and like David taught his son Solomon, “Know the God of your father and serve him with a whole heart and with a willing mind” (1st Chronicles 28:9) — Job made certain that his family was regularly reminded of their dependence on God.

When was the last time you had a conversation with your son or daughter (or grandchild, or a young man in church) about the greatness of God and their duty to follow and obey Him? Solomon would later write, concerning his father David’s parenting, “When I was a son with my father…he taught me and said to me, ‘Let your heart hold fast my words; keep my commandments, and live’.” Could your children say the same of your instruction?

Job’s diligent consecrating of his children reminds us of the wise counsel in J.C. Ryle’s Thoughts for Young Men: “Never be ashamed of letting men see that you want to go to heaven.”

Job Rose Early in the Morning, Making Time for What Mattered Most

As parents, we can find time for hobbies, sports, movies, gaming, social media, gadget shopping, and even napping. Yet when it comes to the spiritual needs of our own heart and the hearts of our children, we often make the excuse that we just don’t have the time.

This seems to be sadly and especially true of many fathers. I recently read the sad statistic that roughly 80% of those who buy Christian books are women. Men will often study a manual or hunt down a YouTube video in order to troubleshoot a car repair, but we can’t be troubled to read a book about God?

Christian Parent, your family is your first priority and your first field for evangelism. Notice the connection that is specifically made between reaching your own family and reaching the nations in Joshua 4:22-24: “Then you shall let your children know…so that all the peoples of the earth may know that the hand of the Lord is mighty, that you may fear the Lord your God forever.”

This means Peter’s admonition—to always have a ready answer for anyone who asks the reason for your hope—applies first to your own family. Job, we are reminded, “would rise early in the morning” in order to take time to prepare himself and to pray for his family.

Job Prayed for His Children

Job was praying proactively and preventatively. Clearly nothing was inherently sinful with his children’s busy social schedule, but Job saw the danger lurking behind even family fellowship and plentiful dinners, and so prayed for God to protect and forgive his children as needed.

We as parents too often wait until our children are far down the wrong road before waking up to the danger and damage that sin is bringing to them. We ought to be asking, rather, “How can we shepherd our children’s hearts in such a way that they never have to walk down the road of great regrets or sinful sorrow?”

I love David’s preemptive prayer for Solomon in 1st Chronicles 29:19, “Grant to Solomon my son a whole heart that he may keep your commandments, your testimonies, and your statutes, performing all.” It seems Job shared this same concern for his kids.

Job Did All This Continually

It’s easy to force a single conversation with our children about the Lord. Or to farm our kids out to the church to disciple on our behalf. But the difficult thing is to parent diligently—day in and day out—in the ups and downs of life; in the nitty-gritty of hockey practice and homework assignments and hard questions.

Perhaps this is why our text emphasizes, “Thus did Job continually.” That’s the hardest part of parenting. This need for faithfulness in the daily grind is built into God’s instruction in Deuteronomy 6, no doubt precisely because we tend to forget. It’s easy to start off well, and be well-meaning; but it is a different thing altogether to continue and finish well. I know this from experience since not long ago I offered to help my wife with a particular task in raising our four kids, and then found that I had faltered already after only a week!

We get distracted or discouraged in this marathon effort. It is easy to give up, or even to completely forget what we’re about as parents. But the actual difficulty of diligent parenting should drive us back to God for grace and help continually.

Because, of course, as the rest of the 40 plus chapters of this biblical narrative will remind us, Job himself would face dark days of loss, pain, opposition, and crises of faith. Above all else, then, Job reminds us all of our need for God in order to press faithfully through to the end.