When John Bunyan penned his famous work, “The Pilgrim’s Progress”, in the seventeenth century, he used the technique of personifying characteristics to compose an allegory about a journey through life. In the case of Bunyan’s work, it documented Christian’s trek prior to his conversion until the time when he reached the Celestial City. He met people such as Faithful, Evangelist, Obstinate, and Pliable, to name four– identifiers given to them because of their personalities. In much the same way, Solomon personified certain attributes under the inspiration of the Holy Spirit in his poetical books, most notably being Wisdom and Folly in the Book of Proverbs.

Solomon’s book included warnings to his son, most likely Rehoboam since he is the only known son of Solomon, so that the boy would know the difference between whom he could trust and whom he could not. The words “my son” appear fifteen times in the first seven chapters alone, and the word “son” appears several other times throughout the book. Solomon often labeled sons generically as either wise or foolish.

Solomon’s words of instruction for his son are exactly the words I want my son, my mother-in-law’s son, and your son to follow. On the other hand, while giving his son instruction, he indirectly gave instruction to women, too. Most, if not all, of the women that Solomon mentioned in Proverbs could be personified as Lady Wisdom or Lady Folly. I would like my daughters, my mom’s daughter, and your daughters to follow the Lady Wisdom model. Solomon sometimes indirectly denotes which woman he means by the company she keeps, and in other instances directly, such as when he names an immoral amoral female as “The woman Folly” in Proverbs 9:13 (ESV) or Wisdom designated as “she” in Proverbs chapters 1 and 8.

If we were to make a chart comparing Lady Wisdom with Lady Folly, we would find that they have very few things in common. While it is true that both are out in public trying to make converts of all who will listen, the messages of Wisdom and Folly are opposites. Wisdom is everywhere calling men to repentance. She believes in the sanctity of marriage and desires husbandly fidelity. Lady Wisdom is synonymous with the Virtuous Woman of Proverbs 31. She is the woman who keeps her home and protects her relationship with her husband. He, in turn, is highly esteemed in their community and much of the trust in him is because of the support she supplies him. He would then be Lord Wisdom and their relationship is seen as the way of godly life.

Lady Folly is also out in the streets but dressed as a harlot and hidden in the shadows. She is not seeking a husband or looking for her husband at the city gates. She is looking for a man to seduce. Lord Folly is away on a business trip. There is no mention of the husband’s integrity either at home or abroad so we cannot predict whether he was also a Nabal (see 1 Samuel 25:25) or whether he was just oblivious to her antics in his absence. He may even be away often because she is the clamorous, riotous woman described later in the book of Proverbs as being someone to cause a man to prefer meager rations and impoverished homes to being married to her. Either way, her lifestyle is the way of an ungodly death according to Proverbs 7:27.

The Bible describes the Christian’s relationship with Jesus Christ as a marriage. The characteristics of Wisdom are the characteristics of our Savior. They are One. Their union sanctifies the offspring. This explains why Proverbs 11:30 tells us that the person who wins souls is wise. Spiritual children are the result of an abiding (faithful) union with Christ.

By association then, someone who claims the name of Jesus Christ, but consorts with fools, is an unfaithful spouse who treats the Lord Jesus as though He were on a faraway journey and will not return until the appointed time. That statement is only half-truth. Jesus will return at an appointed time, but He is never far away. As part of the Triune God, He is always with His Bride.

Solomon’s description of these two women and the men with whom they associate is an interesting case study of his own history. This man’s life began after his father, David, had taken Bathsheba, a neighbor’s wife, and committed adultery. Bathsheba’s husband soon perished with help from David’s scheming, and the first child conceived of that unholy encounter died. Her husband was gone to battle and would not return until his duty as a soldier was fulfilled. As King David was anything but guiltless in the affair and its aftermath, as the prophet Nathan proclaimed. The punishment for the sin was one that lasted the rest of King David’s life, which obviously meant it affected all young Solomon’s years. The sword never left David’s household. David was a man after God’s own heart, yet he gave the heathen opportunities to blaspheme God– read Proverbs chapters 5 and 6 with Solomon’s parents in mind. No wonder Solomon warned his own son about Lady Folly! He had seen the devastation that she causes.

But God was gracious to David and to Bathsheba also. This assumption is based upon the words of Proverbs 31 which says that “King Lemuel” learned the poem from his mother. Verse 2 says that Lemuel’s mother had taken a vow. There was no man named Lemuel that ruled the nation of Israel/Judah, so it must be a reference to Solomon and Bathsheba, especially since Solomon’s book of Proverbs includes it. What vow did Bathsheba take? Scripture does not say, but 2 Samuel 12:24-25 states that when Bathsheba birthed her second son, she named him Solomon and that God loved him and called him Jedidiah. Bathsheba’s vow to God may have concerned teaching her son the ways of virtue as she did in the acrostic poem that forms most of Proverbs 31. The prophet Nathan remained close to Bathsheba and her son throughout the child’s upbringing and may have overseen the boy’s spiritual instruction. David had also made a vow. His was to Bathsheba, saying that her son would be his heir to the throne, and Nathan saw that promise.

The Song of Solomon shows that Solomon learned his lessons well. He married a virtuous woman. The text mentions that Bathsheba placed the crown on Solomon’s head on the day of his wedding. What a time this must have been for her to see her beloved son married to such a lovely and chaste bride! Unfortunately, Solomon’s eyes later wandered, and he became a collector of women. He married all of them, but to his own grief. According to the Bible, he loved many “strange women”, which is how Proverbs often described Lady Folly. And they truly were folly for him as they turned his heart toward other gods, thus seducing him by false gospels. The punishment for this was the rending of ten tribes from his heir’s dominion– an exorbitant cost!

In the book of Ecclesiastes, the Preacher–  the son of David–  looks back on his life and forward to eternity. He says in Ecclessiastes 4:13 (ESV), “Better is a poor and wise youth than an old and foolish king who no longer knew how to take advice.”  Finally, he ends as he began in Proverbs with an admonition to his son , “The words of the wise are like goads, and like nails firmly fixed are the collected sayings, they are given by one Shepherd. My son, beware of anything beyond these. Of making many books there is no end, and much study is a weariness of the flesh. The end of the matter; all has been heard. Fear God and keep his commandments, for this is the whole duty of man. For God will bring every deed into judgment, with every secret thing whether good or evil” (Ecclesiastes 12:11-14 ESV)

In other words, follow the ways of Lady Wisdom and avoid the snares of Lady Folly. Do this because you fear God and desire to keep His commandments, because God will judge.

Wise advice for us all. 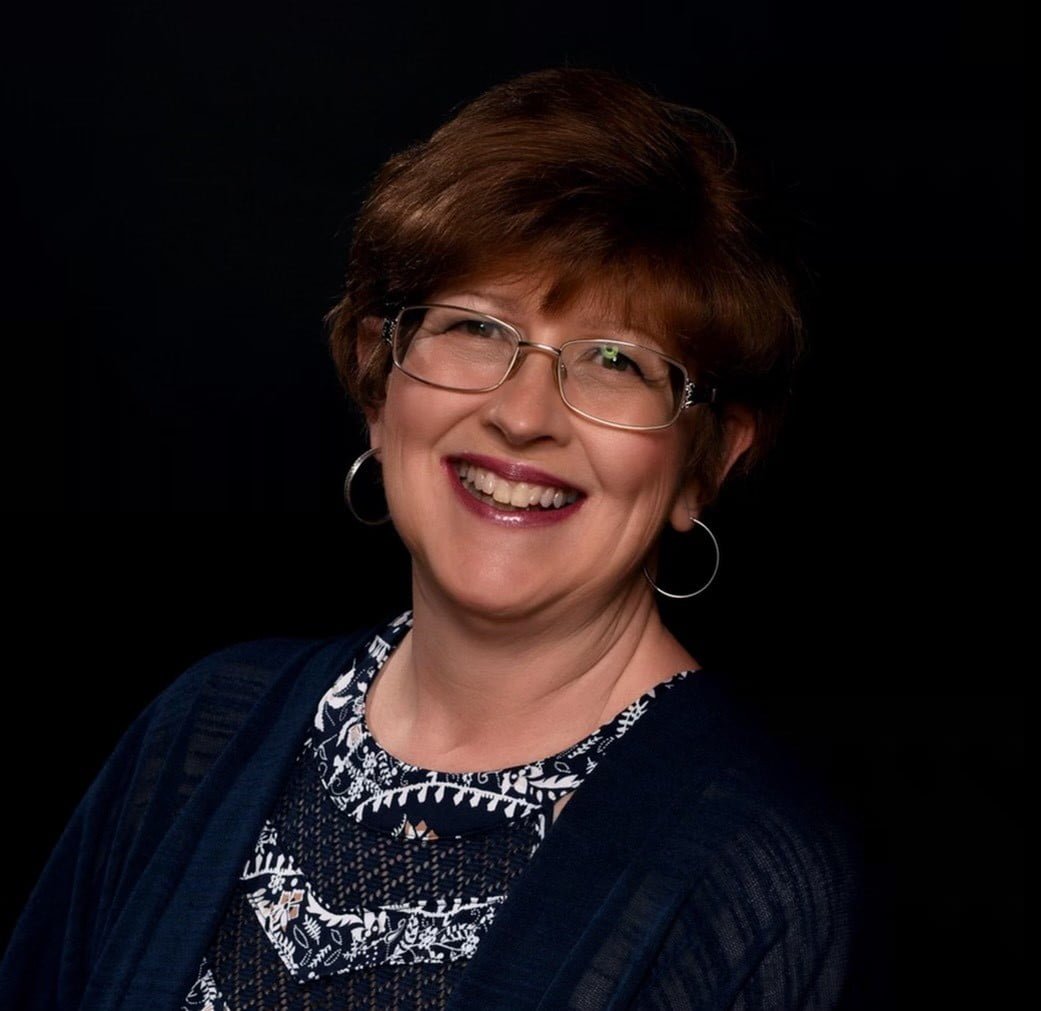 Kimberly Pitman is a pastor’s wife, mother, and grandmother. She homeschooled her four children from kindergarten through high school and has been employed by a well-known ministry for the last 7 years.