John Knox: The Founder of the Presbyterian Church

When we consider the Reformers, we may picture strong men and women with booming voices that echoed around the gathered crowd. We picture them as fearless, rebuking whoever contradicted the true teachings of Scripture, calling out heresy for what it was.

But this isn’t the picture of John Knox that we find when we study him.

Douglas Bond, the author of The Mighty Weakness of John Knox, said, “We tend to think of Knox as the bold, thundering, charge-into-the-fray, no-holds-barred Reformer—sort of a giant who walks into the room and says, ‘Everybody move!’ and they do. But the more research I did, the more formidable problems that developed with this stereotype emerged… He was not a giant who just switched loyalties. Knox was a meek, reluctant personality, a weak man in the flesh.”

Knox didn’t have riches or former glory when he became a Reformer to give him boldness either; rather, he shamelessly admitted, “I quake, I fear, and I tremble.”

And yet, John Knox was the Scottish Reformer who founded the Presbyterian church. What made this humble, unnoticeable, fearful man such a mighty man of God? How did God use such a “weak” man?

A Man Who Prayed

Knox knew his own human weakness, which made him a bold man of prayer. His prayer life was so known that Roman Catholic Mary, Queen of Scots, is known to have said, “I fear the prayers of John Knox more than all the assembled armies of Europe.”

Knox knew he was powerless to reform the church, let alone Scotland, on his own. He knew there was nothing in his flesh, strength, or words that made him able to change hearts. He knew he needed God. For that reason, he was a man of prayer. He was known for this characteristic not only by the church but by the authorities who were trying to take him down. And for that, they feared him—because they knew the power of God.

A Man Who Feared God

Another characteristic of Knox that made him a reformer that shook Scotland was how the fear of man did not control him. He may have trembled and quaked at the thought of speaking before crowds, or feared the reaction of the congregation when he preached, but he still did not shy from the truth because he feared God more.

Though he knew the results of offending the Queen and Catholic church, though he had seen the flames of persecution, the truth could ignite, he was unwilling to water down the message. He preached the truth—he preached the Gospel in its entirety.

A Man Filled with the Spirit

“Many explanations have been forthcoming for Knox’s influence and that of the Scottish Reformation. No doubt there were many factors at work in the providence of God that brought about such spiritual renewal. But Knox’s own conviction was this: ‘God gave His Holy Spirit to simple men in great abundance.’ Therein lies the greatest lesson of his life.”

Knox was a simple man captivated by God and filled with His Spirit. This is what made him a reformer, along with his dedicated life of prayer and fear of God over the fear of man. Friend, you are capable of helping to reform your home, your church, and your community when you have a life that is submitted to God like the life of Knox. 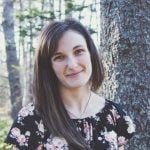