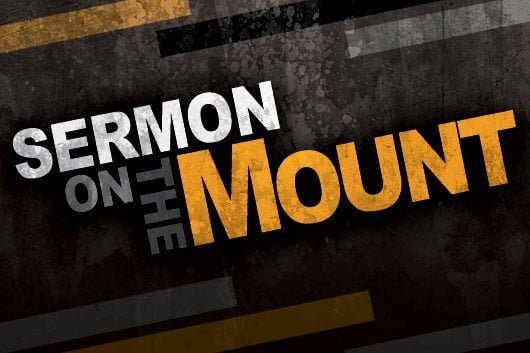 Jesus Upholding the Authority of Scripture

Editor’s note: The purpose of this series is to walk our readers through the Sermon on the Mount in Matthew 5-7 in order to help them understand what it teaches and how to apply it to our lives. This is our first such series here at Servants of Grace through an extended biblical passage and is part of our larger commitment to help Christians learn to read, interpret, reflect, and apply the Bible to their own lives. 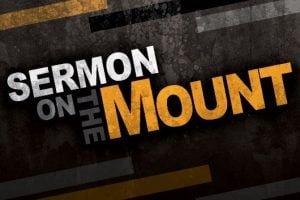 Matthew 5:17-20 – Complete Jewish Bible, “Don’t think that I have come to abolish the Torah or the Prophets. I have come not to abolish but to complete. Yes indeed! I tell you that until heaven and earth pass away, not so much as a yud or a stroke will pass from the Torah — not until everything that must happen has happened. So whoever disobeys the least of these mitzvot and teaches others to do so will be called the least in the Kingdom of Heaven. But whoever obeys them and so teaches will be called great in the Kingdom of Heaven. For I tell you that unless your righteousness is far greater than that of the Torah-teachers and P’rushim, you will certainly not enter the Kingdom of Heaven!”

The Torah/Law is a much maligned and misunderstood term. Some teach the law was nailed to the cross. Many others are confused as to what Jesus is talking about in Matthew 5:17-20 as they have been taught for some time to distance themselves from the law. Are either approaches just mentioned in keeping with what Jesus is saying to us in Matthew 5:17-20?

The first item of note is the declaration by Jesus that He did not come to abolish the Torah or the Prophets. In most translations this is stated as the “Law and the Prophets”, which is often the source of confusion. Given the popular teaching that we have been saved from the law or that the law is a burden and source of death to those who dare to follow it, it is no wonder Matthew 5:17-20 can be so confusing for some. The phrase “Torah (Law) and the Prophets” is a reference to the Old Testament. Jesus starts off by noting He did not come to do away with the front half of the Bible, meaning His arrival on the scene was not meant to overthrow or subvert the Old Testament.

Jesus continues explaining that He came to complete the Law and the Prophets. The word translated as fulfill is the Greek verb plēroō which has a variety of meanings depending on context. The appropriate meaning to be applied to Matthew 5:17 is that of “to fulfill, i.e. to cause God’s will (as made known in the law) to be obeyed as it should be, and God’s promises (given through the prophets) to receive fulfillment”. Jesus is the focus of the promise of redemption found throughout Scripture. As the promised Messiah, He is the locus of the movement of redemptive history. He came to do what we could not, namely to perfectly obey God’s commands and to serve as the perfect atoning sacrifice for sin.

A lot of ink gets spilled regarding the idea of complete. Some suggest this word means that all of the Old Testament Law becomes irrelevant as the cross ushered in a new era of grace. Such a position is difficult to support given that Jesus also notes in Matthew 5:18 something of great importance – “until heaven and earth pass away, not so much as a yud or a stroke will pass from the Torah – not until everything that must happen has happened.” Two important markers are noted by Jesus here with the first being heaven and earth passing away and the second that of everything happening that must happen. Last time I checked, the current heaven and earth has not yet passed away to be replaced with the redeemed creation promised to us.

The second marker refers to everything happening that must happen. Some believe this statement refers to the Cross given the idea that the Law was done away with there. In order to understand what Jesus is saying here, we need to look at how the rest of Scripture explains this point. The Apostle Paul in Romans 3:31 explains, “Do we then make void the Law through faith? Certainly not! On the contrary, we establish the Law.” Scripture often makes the comparison between the wicked and the righteous with the wicked being those who pursue lawlessness and the righteous as those who embrace God’s commands. By definition, being without law is lawlessness. Since lawlessness is a hallmark of the wicked, as God’s people, we should be the one’s who love God’s Law and seek to abide by the teaching of Scripture through the work of the Holy Spirit.

Jesus was so specific about the continued need for God’s commands in the life of the believer that He stated not a single yud (jot) or a stroke (tittle) will pass from the Torah until everything that must happen has happened. Martyn Lloyd-Jones aptly comments, “There is nothing smaller than these, the smallest letter in the Hebrew alphabet and the smallest point in the smallest letter.”[1] This means not a single element of the Law and the Prophets will pass away until all is fulfilled, until we reach that point in salvation history when sin and death are dealt that eternal blow and we once again return to that which was lost in the beginning, eternity in the presence of God.

As we move along further in this passage, Jesus further defines the purpose of God’s law. He declares that whoever disobeys even the least of these mitzvot (God’s commands and precepts) and those who teach others to disobey will be called least in the Kingdom of God. Does this mean we are to obey every single one of the 613 commandments found in the Mosaic Law? Some look at this passage and make such an assumption resulting in the incorrect interpretation that somehow the Law must have been nailed to the cross. The truth of the matter is not all 613 commandments were for everyone. Many of these laws were related specifically to matters of the priesthood, some were for women, with many others geared directly for matters of that day and time. One reason Matthew 5:17-20 is misunderstood is because often times we fail to understand the broader storyline of Scripture and isolate this passage from the rest of the Scriptures.

Jesus notes the Law and the Prophets will not pass away, not even the smallest letter or word separation until everything has happened that must happen. We also know that apart from the Law there is nothing but lawlessness. So what is Jesus saying here in Matthew 5:17-20? He is noting the authority of God’s Word from beginning to end. Lloyd-Jones once again sheds salient light on this issue, noting:

“But above all, here is this pronouncement by the Son of God himself, in which he says that he has not come to supersede the Old Testament, the law and the prophets…He regarded it all as the Word of God and finally authoritative. And you and I, if we are to be true followers of Him and believers in Him, are to do the same. The moment you begin to question the authority of the Old Testament, you are of necessity questioning the authority of the Son of God himself, and you will find yourself in endless trouble and difficulty.”[2]

The religious leaders of Jesus’ day often added to the Word of God (the Law and the Prophets), elevating the traditions of man to a place of authority, furthermore, teaching those traditions as authoritative to the people. Thus their righteousness was based not on obedience to the commands of God, but an incorrect mixture of man-made tradition and God’s Word. It is no wonder Jesus chastised them for teaching something other than the Law and the Prophets.

The lesson that can be gleaned from Matthew 5:17-20 is that all of God’s Word remains valid as the source of authority. As Christians, we would do well to abide by His commands. Moreover, God’s Law is something to embrace as it defines for His people what it means to love God and to others. We continue to live in a sinful world. In order to understand what sin is all about and what living righteously means, we have to continually refer to the pages of Scripture as the gold standard. As noted by A. W. Pink, “Christ’s setting his seal upon the inviolable authority of the Law intimates its perfections: every part of it is needed by us, every sentence evidences its Divine authorship, every precept calls for our loving obedience.”[3]