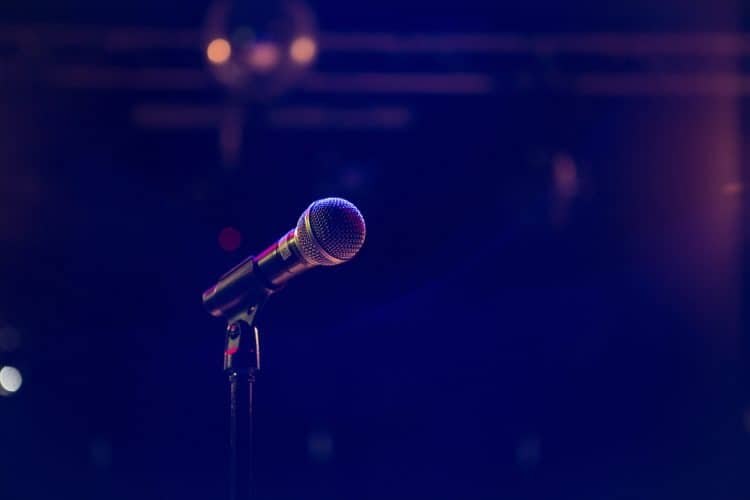 Jesus is known for his supernatural miracles: Water changed to wine. Loaves and fishes multiplied. Dead raised to life. Blind given sight. Lame invited to walk.

But during one reading of the Gospels, I discovered an unexpected miracle in Matthew 22:46 where when Jesus spoke, he got the last word.

Even the cleverest apologist or best-researched defender of the faith would be shocked to get this response. Comments sections trail behind almost every article or social media post. Whether the responses are relevant or wildly off-topic, it is obvious that people have something to say. They are not left speechless. They still see some room for error in the original argument, some way they could improve upon or poke holes in the argument or simply attack the author’s character.

But when Jesus spoke, an honest-to-goodness miracle occurred. “No one could say a word in reply” (Matthew 22:46).

First the Pharisees send their disciples to question him, as a part of their premeditated  “plans to trap him in his words” (Matthew 22:15). But when they challenged him to address the tax to Caesar, Jesus replied with the oft-cited wisdom that we ought to “Give back to Caesar what is Caesar’s, and to God what is God’s.”

“And when they heard this, they were amazed. So they left him and went away” (Matthew 22:22). Imagine a debate between two famous opponents. Both have prepared their arguments, predicted how their opponent will object, and practiced a variety of responses. Instead, after the first question, one of the debaters simply walks away because she or he has no response to offer. There were no holes in the logic or openings for critique.

Next, the Sadducees come with a question about marriage in the resurrection, hoping to prove their own theory that there is no such thing as resurrection. Jesus begins by saying they are “in error because [they] do not understand the Scriptures or the power of God” (Matthew 22:29). From there, in a mere two sentences, he sees through their question to reveal their motive and their misunderstanding. They, too, were “astonished at his teaching” (Matthew 22:33).

The Pharisees return with a question about the Messiah, hoping to corner Jesus into identifying himself as the Messiah so they can use this arrogant claim against him. Instead, he turns the question back on them, using the scriptures they value so highly to point out that even David recognized that his descendant would also be his Lord. And “No one could say a word in reply and from that day on no one dared to ask him any more questions” (Matthew 22:46).

The comment feature on the internet proves that such silence is a miracle. Where we find people trying to share “the knowledge of God,” we also find men and women eager to respond with their own objections.

The silence of the Pharisees and Sadducees reminds us of Job who, after passionately questioning God, endured God’s direct response. “Who is this that obscures my plans without knowledge?” God asks Job (Job 38:2). Just like Jesus responded to his opponents by turning the questions back on them, God proceeds to question Job, saying “Brace yourself like a man; I will question you and you shall answer me” (Job 38:3). Job’s response is brief but to the point “I spoke of things I did not understand, things too wonderful for me to know” (Job 42:3). Just like Jesus’ opponents, Job cannot say another word. His mouth is silenced. We have no record of what happens to the Pharisees and Sadducees later that day, but we know Job’s response is one of humility and repentance “in dust and ashes” (Job 42:5).

We may long for such a powerful defender of the faith. We want someone who can “demolish arguments and every pretension that sets itself up against the knowledge of God” (2 Corinthians 10:5). We want the gospel to go forth with power so that all humans will hear and be convinced. Ultimately, we want people not only to hear and be silenced but to repent (as Job does) and respond in obedience to their Lord. But we should not grow discouraged when even our best apologetics for the faith go unheard. We live among a people who are “ever hearing but never understanding” (Matthew 13:14; Isaiah 6:9). May our best words from the Word of God serve to bring our neighbors to Jesus, because only he is able to get the last word.