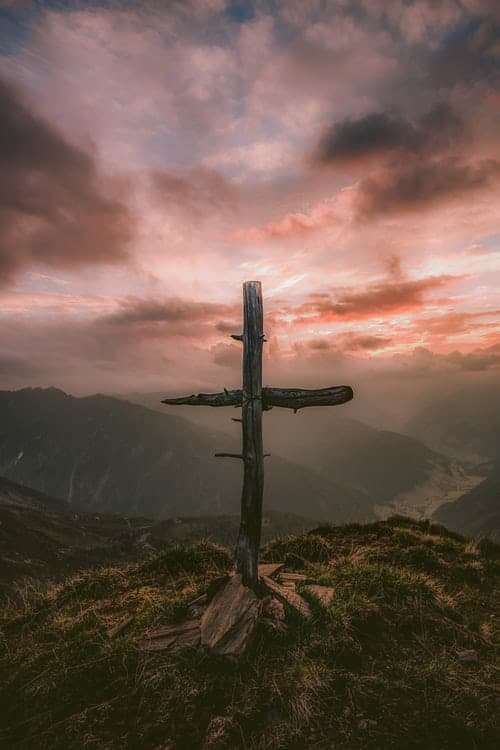 Jesus Is the Reason For Every Season

“Then Noah built an altar to the LORD and took some of every clean animal and some of every clean bird and offered burnt offerings on the altar. And when the LORD smelled the pleasing aroma, the LORD said in his heart, “I will never again curse the ground because of man, for the intention of man’s heart is evil from his youth. Neither will I ever again strike down every living creature as I have done. While the earth remains, seedtime and harvest, cold and heat, summer and winter, day and night, shall not cease” (Genesis 8:20-22).

This brief passage, at the conclusion of the great Flood in Noah’s day, speaks volumes concerning the judgment and mercy of God. And it is absolutely crucial to see how all the events and promises in this little passage tie together, and build on each other because this Old Testament narrative teaches us much about Jesus and his New Testament work.

Yet an altar with animal sacrifices being burned on it is more than just worship. Noah could have just written a psalm or sung a hymn, but instead he kills animals and burns their bodies on an altar before the Lord. Why? Because sacrifice on an altar suggests more than mere worship: it is a recognition of the need for atonement with God.

Noah is, in his worship, recognizing that even his worship is only acceptable to God if there is an atonement made on his behalf. And we are specifically told that, in response to this atoning sacrifice, God smells a pleasing aroma and makes a covenant with Noah.

However, this covenant begins in verse 21 with a disturbing, revealing observation by God that “the intention of man’s heart is evil from his youth.” This plainly parallels God’s statement in Genesis 6:5—before the Flood and explaining why the Flood was necessary—that “the Lord saw that the wickedness of man was great in the earth and that every intention of the thoughts of his heart was only evil continually.”

There is still Noah and his family, yet the same thing is true of them essentially that was true of everyone who died in the Flood! This is an incredibly revealing and humbling statement of the total depravity of the human heart apart from God.

Noah and his family are the only people left on earth; all the rest of humanity has been judged, washed away in a worldwide flood. And yet there is no difference in God’s observation concerning the sin of humanity on the earth! There is no difference in Noah’s heart ultimately and the hearts of those whom God destroyed with the flood. It is true of them both that they go astray with wicked thoughts even from their youth. Therefore it cannot be because of anything in even Noah that moves God to save Noah, or his family. It must be something outside of Noah.

In Noah’s day, his atoning sacrifice pointed forward to the ultimate sacrifice of Jesus that would be perfectly and permanently satisfying to God.

So in verse 21, as God smells the sweet aroma of an atoning sacrifice for Noah’s sins, God makes a wonderful, beautiful covenant with Noah. God says, in effect:

“I recognize nothing has really changed in the state of man, even after flooding the whole world for the sake of their sin. Even the Flood cannot wipe away sin from the earth, unless I am willing to kill every human being. But if I want to save some people from sin and death and Satan, it will take something even greater than the Flood. It will take something that not only punishes the sin in each human, but punishes sin instead of each human.

It is based on this amazing promise that we then read the sweet and well-known divine guarantee in verse 22 of the continuation—as long as the earth remains—of seedtime and harvest, and cold and heat, and summer and winter, and day and night. This is not just some verse to use against radical environmentalists! No, this is a reminder of the satisfaction that Jesus Christ made on the cross. Why do winters and summers, and days and nights continue? Because of Jesus.

The reason that winters and summers and days and nights continue is because God will never again seek to exact from this earth the punishment that only his Son Jesus could successfully bear. It is because Jesus satisfied the wrath of God for sin on the cross that God will not ever send another flood to destroy the world.

Those who are in Christ are therefore forever safe. And those who are not in Christ will very soon face a flood of judgment that makes Noah’s Flood look tame in comparison. This final judgment, Peter reminds us in 2 Peter 3:3-7, will be a judgment of everlasting fire. And it will not just extinguish all breathing creatures; it will melt the earth and all the planets and stars also, in preparation for a new heavens and a new earth.