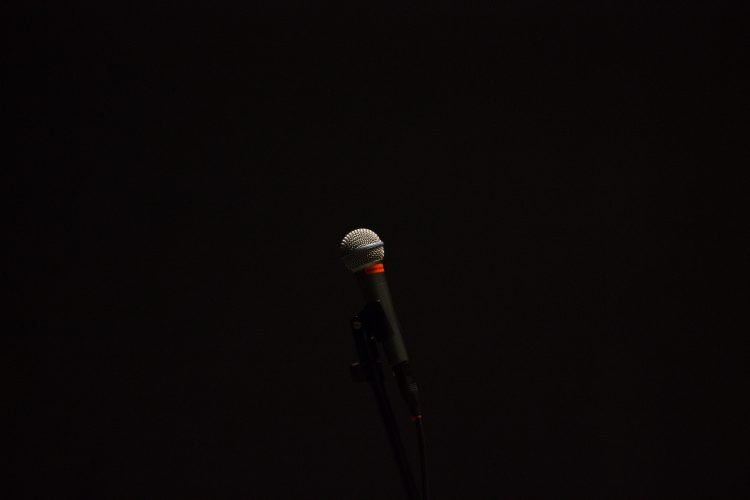 Under the penetrating knowledge of God, who can stand?

This was the painful realization John had in his vision of Revelation. He sees the sealed scroll and hears the voice of an angel asking “Who is worthy to break the seals and open the scroll?” John weeps, because he instinctively understands that no one is worthy to look inside (Revelation 5:1-5). How tragic to know that no one is worthy to unfold the plans in the Father’s hand! Will we never get to see God’s plan? Will we have to remain perpetually disappointed and frustrated as we discover over and over the unworthiness of our fellow human beings? Somewhere at the core of our being we want there to be someone, anyone, who can actually live up to our high moral standards.

But all the public clamor these days is not over finding someone worthy to unfurl God’s plans. No, we’re just trying to find men and women worthy of being governor or hosting the Oscars. Growing up during the years of the Clinton-Lewinsky scandal, it seemed only religious conservatives cared about an old-fashioned concept like morality and personal character. It was unfashionable to be overly scrupulous about what people did with their private lives. But the tides are changing. Hungry for true justice and empowered with new tools to share their stories, men and women have taken to the internet and to the streets to demand accountability for moral failure, both past and present. We all long for unimpeachable character in the people we elect to represent us or even in the people we look to for entertainment.

As Christians, we understand the nature of sin and should grieve all the ways in which people abuse their power or show a lack of compassion for their neighbors. Even men and women who can point to a long list of good deeds cannot escape the shadow of their sinful deeds, however long ago and however few those sinful deeds might have seemed before they came to light. Christians know that “No one is righteous. No not one” (Romans 3:10). Whether we are searching for a President or an entertainer, we cry out “Is anyone worthy?” but we know the answer: No human being can live up to the standard of moral perfection God has placed in our hearts.

This may seem like bad news to our unbelieving friends and neighbors, but this is what we know to be true. None of us is worthy of being honored with influence or authority. If we were to actually stand before God, we would all recognize that we have not met his holy standards. Like the prophet Isaiah, we might be inclined to cry out, “Woe to me! For I am lost; I am a man of unclean lips and I dwell in the midst of a people of unclean lips” (Isaiah 6:5).

As Christians, we should not be surprised when the men and women on this planet fail to meet our standards. Even those who do not have incriminating photos in their yearbook will still have to face God on that day when God will “bring every deed into judgment” (Ecclesiastes 12:14) and will “bring to light what is hidden in darkness and expose the hidden motives of the heart” (1 Corinthians 4:5, emphasis mine). Even if our sins have never been witnessed or recorded, God has observed the hidden motives of our hearts and our deeds done in “secret”. Under that scrutiny, none of us could claim moral superiority.

Which is why John weeps during his vision of Revelation. He knows instinctively that none of us are worthy to break the seals and open the scroll. Does this mean God’s plans cannot be put into action? The angel comforts John, saying “The Lion of the Tribe of Judah, the root of David, has triumphed! He is able to open the scroll and its seven seals” (Revelation 5:5). What a relief to know that our high moral standards can be met! Those of us who “hunger and thirst for righteousness” will indeed be satisfied (Matthew 5:6). God has offered to us his Son, that we might know what it is to have someone who meets our high moral standards, that we might learn from him, yes, but even more so that we might benefit from his death and gain the reward of his resurrection.

We need not weep that the Oscars can’t find a host this year. But we can feel the frustration of knowing that we all have high moral standards for our leaders and public figures, standards no man can fill. Our disappointment can turn to despair as we recognize the great void between our high standards and the pathetic human beings we’re asking to meet those standards. Or we can recognize this void and turn in grateful worship to the only one who meets and even exceeds our highest hopes. Our hunger for righteousness can only be satisfied by our Lord Jesus Christ who is worthy of all our delight, all our honor, and all our worship.