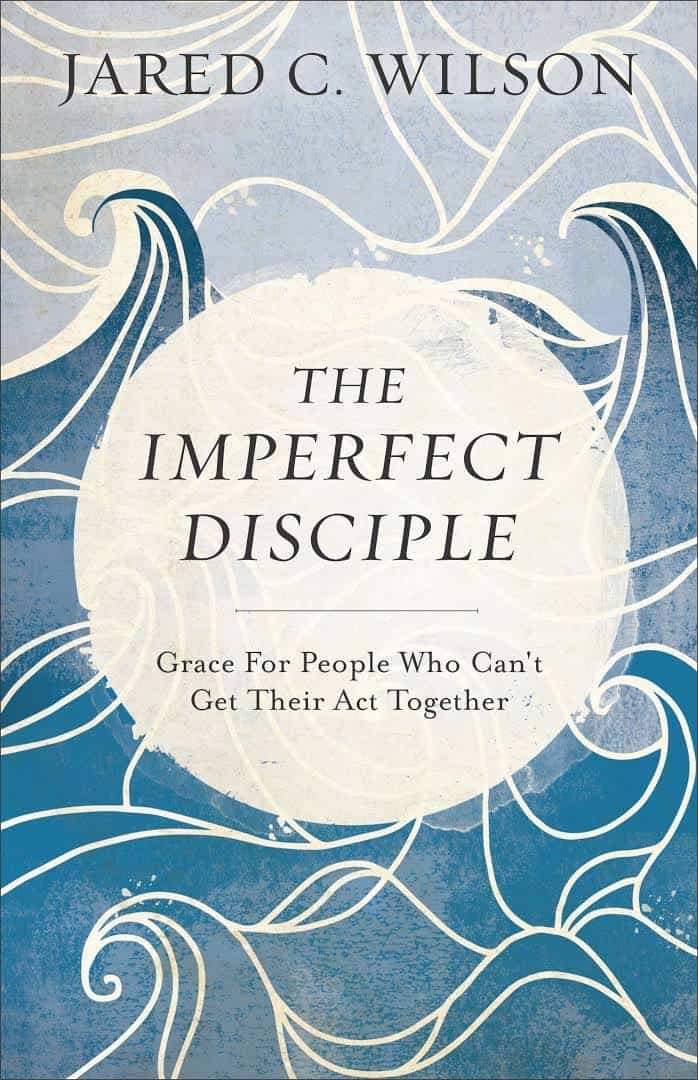 The Imperfect Disciple: Grace for People Who Can’t Get Their Act Together (Jared C. Wilson)

If only the Christian Living section knew you, right?

I recently sat down to read one of the most popular books around on discipleship, because it’s so critically acclaimed and well-known I felt like I was responsible for knowing (and practicing) its contents. Over the course of the book, I began to realize something: If this is what discipleship is, I am a big fat failure. That’s when the thoughts began. Are you really making a difference? What are you going to do with your life? And you call yourself a pastor…

Several books I have read under this umbrella have given me a lot of practical, “how-to” steps toward more Christ-like living that I’ve found a) ineffective, b) unsustainable, or c) simply too spiritual. With Paul, “I do not do what I want.” I’m just too human for some of it.

So, when I read Jared Wilson’s introduction to The Imperfect Disciple, and he suggests, “How about we demystify discipleship?” I shouted “Amen!” as I sat in my car in a parking lot.

The latest volume from Jared Wilson, The Imperfect Disciple, sets out to be a different kind of book than others like it. It’s a book about discipleship, and Christian living, of which we have thousands upon thousands. But Wilson’s concern is unique: He wants to offer a more visceral, ground-level, honest look into what it means to follow Jesus as we are. Wilson is the man for such a job because his writing style is anecdotal, humble, genuine, and soul-caring. He acknowledges struggle, the feeling of being a loser, stuck-ness, lack of self-worth, unanswered prayers, and more. This is the stuff we deal with, Monday to Monday. This is Christian living – trying to hold fast to our faith in Jesus in the midst of really frustrating stuff, namely, ourselves.

I am beginning to sound like a broken record with these Jared Wilson books, but I promise I am being genuine in saying it seems like Wilson’s books only get better every time one is released. He’s written so many extremely helpful works, and The Imperfect Disciple keeps in step with his usual grace-oriented, clear, concise, witty, and comforting approach. Many have called this perhaps Wilson’s most well-written work, and I think it is certainly par for the course, and if not, a birdie.

Read this book with some care. Don’t rush through it. You’re not going to find a lot of microwaved “10 Steps to feeling better about yourself” lists in this book. It’s messy and complicated, and it involves a whole lot of Jesus working within us on His schedule. But there’s grace, in God’s work, and in Wilson’s work. Come and drink the wisdom from this book. There is quite the supply.

You are imperfect. So is Jared C. Wilson. Your Savior is not.