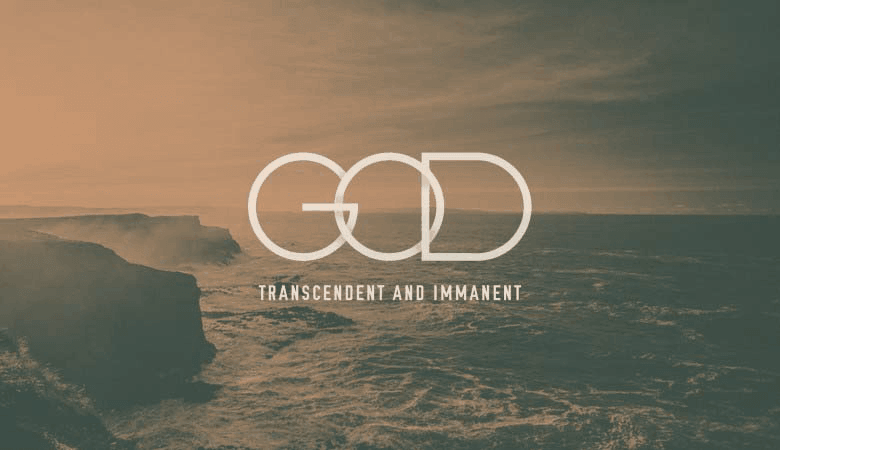 by David Dunham | Jan 12, 2017 | The Doctrine of God: Eternal Creator and Redeemer, Featured

God as “other”, and God as “near” are two key elements of Biblical doctrine. God is the sovereign Creator, transcendent, and distinct from His creation. Yet, God also draws near in love and judgment to His creation. Both elements are important for a Biblical understanding of the Biblical God. While Evangelicals have often rightly understood God’s otherness, it has been our progressive counterparts who are more known for discussions of the immanence of God. Since, however, both are aspects of the Biblical picture of the divine, Evangelicals need to recover a true sense of God’s presence.

To say that progressive theologians are more known for doctrines of divine immanence is fair enough, but they have often not held to a biblical formulation of such a doctrine. Progressive theologies of immanence tend to look more like pantheism or panentheism than Biblical Christianity. The religious philosophies of Spinoza and Hegel viewed God as identical with the world. Hegel, for example, taught that through the process of dialectical thought one would discover that all things are related, and in fact all things are God. God is inseparable from the world. Without losing the distinctions between God and the world, panentheism argues for interplay between the two, where both are affected by the other. God contains the universe, but is not identical with it. Process theology, in particular, has developed from this view to formulate a God-world relationship that offers a unique view of immanence. In such views God is very present in the world. In fact He is so present with the world that He is virtually indistinguishable from the world. God enters the world and becomes so “worldly” that He cannot be found apart from it.

If, however, progressives have gone afoul of Scripture in their formulation of immanence, Evangelicals have done so too. In an effort to maintain God’s transcendent otherness, we have let the doctrine of immanence fall short of its full Biblical glory. Kevin Vanhoozer argues that an examination of the doctrine of God’s love shows the paucity of Evangelicalism’s immanence doctrine. In First Theology, he includes an essay on God’s love that explores the influence of Platonic thought on early Christian theology. Vanhoozer writes:

According to Plato, love is either the desire (eros) for something I do not have or the desire never to lose what I now have in the future. Love is “always poor,” always needy. Augustine agrees with Plato that love is essentially the desire for ultimate happiness. For Augustine, however, only one’s love for God will not disappoint…Only God then should be loved for his own sake and not for the sake of something else. Now human beings are mortal. How, then, can God love us? According to Plato the gods cannot love, for they lack nothing. It is not as though God needs the human creature, for it follows from the notion of perfect being that nothing can add to God’s own enjoyment of himself. (73-74)

Classical theism, thus, creates a tension. God’s love in this formulation is one of willing the good, it is one of control and mastery. God’s love is not moved, nor does it express desire and delight. Nicholas Wolterstorff has summarized Augustine’s view of God’s love as “non-suffering apathy”, something more akin to Stoicism than Biblical Christianity.

God, says Aquinas, is like a stone column to which humans stand in relation. The column may be on our left or our right, in front of or behind us, but our relation to the column is in us, not in the column. Similarly, we may experience God’s mercy or his wrath, but it is not God who changes, only our relation to him. (76)

Such classical views certainly help us protect the transcendence of God. He is the unmoved mover. He acts on the world, but is so separate from the world as to be unaffected by it. In this view, God is immanent in some sense of the word, but this view surely falls far short of the Biblical picture. And while these theologians certainly spoke of God’s love, it doesn’t seem genuinely loving.
A Biblical Picture of Immanence

The Scriptures, on the other hand, describe a God who is grieved (Genesis 6:6; Ephesians 4:30), who delights and rejoices (Psalms 147:11; 149:4; Zephaniah 3:17), who even changes His course of action (Exodus 32:14; Jonah 4:2). God truly interacts with the world. Evangelicals of course hold to the Scriptures that teach us that God does not change (Malachi 3:6; Numbers 23:19; Titus 1:2); He is transcendent. Yet, we must formulate our understanding of divine immanence in a way that allows us to embrace the full picture of God’s relationship to the world. Classical theism does not give us a sufficient answer to the paradox of otherness and nearness.

When we consider immanence, then, we should think carefully about God’s interaction with time. When we speak of the God of Scripture we recognize that He exists outside of time. He is not bound to time like we are, but lives above it. He is eternal. He knows the future, and sees the beginning and the end (Isaiah 46:10). He knows the number of our days and has even predetermined them (Job 14:5; Psalms 139:16). Yet, the Bible also reveals that God operates in time with us. He interacts in the world He has made. He is not a distant deity far off watching things unfold. No, He steps into time and speaks to His people, walks with Adam, brings down justice, and most notably incarnates Himself in Jesus. God interacts in time; He is an actor in history. We may rightly say, then, that God is unchanging in His essence and nature, yet experiences change in time with us. So, John Frame explains:

History involves constant change, and so, as an agent in history, God himself changes. On Monday he wants a certain thing to happen, and on Tuesday he wants something else to happen. He is grieved one day and pleased the next. In my view, this is more than just anthropomorphic description. In these accounts, God is not merely like an agent in time; he is really in time, changing as others change. And we should not say that his atemporal, changeless existence is more real than his changing existence in time, as the term anthropomorphic might suggest. Both are real. Neither form of existence contradicts the other. God’s transcendence never compromises his immanence, nor do his control and authority compromise his covenant presence. (The Doctrine of God, 571)

The prophet Jeremiah gives us some help in understanding this relational change. God often establishes conditional prophecies. For example, we read:

Notice several things about this passage. It is set within the context of the Potter/Clay analogy, one of the strongest analogies for divine sovereignty in the Scriptures. God’s relenting is still within His sovereign control. Notice also that this prophecy is not a certain prediction, but rather a warning to Israel. As the relationships of people to God in real-time change, so God changes His interactions with them. Think of Nineveh. God’s nature and essence do not change, but God does change in His relationships.
A Few Final Thoughts

There are, of course, other responses to God that are not orthodox, responses that communicate God as always in process, as undefinable, or as random. Such theologies are not consistent with the Scriptural picture. Answers that assert God’s inability to know and control the future, or which assert that God can make mistakes are out of step with the self-revelation of God in the Bible. This picture of immanence, however, asserts a possible solution to the tension of God’s otherness and nearness. We need this doctrine of immanence. We need a fully feeling, embracing, and loving God. A truly biblical understanding of immanence gives us that. Let us as Evangelicals reclaim divine immanence as our doctrine. We need it.