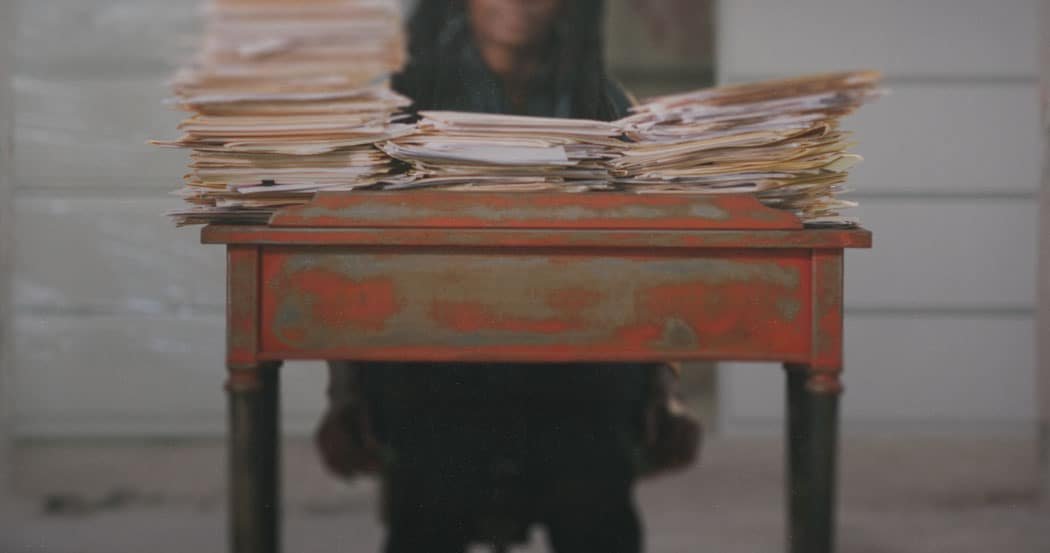 How to Love God and Your Neighbor through Your Work

I appeal to you therefore, brothers, by the mercies of God, to present your bodies as a living sacrifice, holy and acceptable to God, which is your spiritual worship. Do not be conformed to this world, but be transformed by the renewal of your mind, that by testing you may discern what is the will of God, what is good and acceptable and perfect.

These words wave like a banner over every aspect of the Christian life, including the time and effort we put into the vocations God has given to us. Paul bases his appeal in Romans 12:1 on God’s mercy. Because of the mercy of God that Paul has so eloquently described in Romans 1–11, he instructs believers to offer themselves as living sacrifices intended to please God. The believer no longer kills a sacrificial beast and hands it to the priest (cf. Lev. 1:4–8). Now the believer is both priest and (living!) sacrifice. In Romans 12:2 Paul tells his audience how to live this out, urging them not to be conformed to the world but to be transformed by renewal of the mind so as to know God’s good, acceptable, and perfect will.

If the “do not be conformed to the world” side of the message comes down to avoiding idolatry, the “be transformed by the renewing of your mind” side amounts to love for God and neighbor. These principles are more than mere rules, for living out the human calling to image forth the true God by embodying his love can never be exhaustively codified.1

As a summary of the perspective of the New Testament authors on work, consider the following points that can be placed under the broad subheads of love for (1) God and (2) neighbor.

Work as an Expression of Love for God

The following four principles from four New Testament passages provide a cross section of the New Testament’s teaching on how to love God through our work.

2) Do all for God’s glory (1 Cor. 10:31). First Corinthians 10:31 communicates Paul’s view that all things should be done for God’s glory. God created the world to fill it with his glory, and those who would make God’s character known should join him by pursuing his renown whether eating, drinking, or doing anything else.

3) Do all in Christ’s name (Col. 3:17). The name of Jesus is about the character and mission of Jesus. To work in the name of the Lord Jesus, then, is to work in a way that reflects his character and joins his mission. To put the character of Jesus on display is to be transformed into the image of the invisible God (2 Cor. 3:18; Col. 1:15). This means that for Paul to speak of working in Christ’s name is another way for him to urge working for God’s glory.

To work in the name of the Lord Jesus, then, is to work in a way that reflects his character and joins his mission.

4) Work from your soul for the Lord (Col. 3:23). In addition to working for God’s glory, Paul instructs the Colossians to work from the soul (εκ ψυχης) for the Lord. This appears to mean that they should put all they are into their work rather than merely doing things to preserve appearances before men. Christians should employ their creative capacities and soul-deep energies as they seek to serve God in their work. With God’s glory as our aim, nothing less will suffice.

God’s saving love can make even bitter bondage an arena for the display of God’s glory. Phillis Wheatley’s owner/master testified of her, “Phillis was brought from Africa to America, in the Year 1761, between Seven and Eight Years of Age.” She was “the first black American to publish a book,” and the second American woman to publish one. Her 1773 Poems on Various Subjects Religious and Moral is a work of genius, all the more remarkable given Wheatley was only nineteen or twenty years old at its publication. The overwhelming power of God’s love is articulated by Wheatley in her poem, “On Being Brought from AFRICA to AMERICA”:2

It was mercy brought me from my Pagan land,
Taught my benighted soul to understand
That there’s a God, that there’s a Saviour too:
Once I redemption neither sought nor knew.
Some view our sable race with scornful eye,
“Their colour is a diabolic die.”
Remember, Christians, Negros, black as Cain,
May be refin’d, and join th’ angelic train.

Phillis Wheatley was brought to America on a slave ship, but her experience of God’s love was such that she considered herself to have been brought to America by God’s mercy. She seems to suggest that it was better for her to know God as a slave than to have remained in her homeland with no access to Christianity. Though a slave, she knew the Savior. The love of God breathes through her work.

In addition to working for the Lord, Christians should work to benefit other people.

Work as an Expression of Love for Neighbor

1) Following Paul’s example of hard work to benefit others (1 Cor. 9:6–27; 15:10). In 1 Corinthians 9 Paul discusses the way that he did not make use of his rights but instead worked to pay his own way. He did this to benefit the Corinthians spiritually, and in so doing he was Christlike in that he sacrificed himself on their behalf.

In 1 Corinthians 15:10 Paul states that he worked hard, harder than the other apostles, though he notes that he did so by God’s grace. Christians should follow Paul’s example (11:1) on both points: we should sacrifice ourselves for the benefit of others, and we should pray for God’s grace that we might work hard.

2) To support the ministry (1 Cor. 9:14; Gal. 6:6). At various points in his letters Paul indicates that those who benefit from the message of the gospel should supply the financial and logistical needs for those who minister the gospel. This means that Christians should work so that they can benefit others who will enjoy the ministry of the gospel supported and made possible by the Christian workers who have generously given from the fruits of their labor.

3) To share with the needy (Eph. 4:28). As we saw above, Paul exhorts the Ephesians to share with those in need. Christians should work so that they can support the ministry of the gospel and so that they can give charitably to those in need. In 1 Timothy 5:9–16 Paul gives instructions on the support of widows, including how to determine whether a widow qualifies for such support. The principles Paul articulates enable Christians to avoid funding the idleness of those who should be working (cf. 2 Thess. 3:6–15) or the irresponsibility of those who should be supporting members of their own family (1 Tim. 5:8, 16). Paul does not want Christians to help in ways that hurt.3

4) To live an undisruptive life (1 Thess. 4:11; 2 Thess. 3:12). On the negative side is the instruction not to be disruptive, and on the positive side is the corresponding instruction to work so as to live a quiet life. The work we do is the grand project that occupies us: our opportunity to show the world what God is like as we image forth his character.

5) As a good testimony for unbelievers (1 Cor. 9:12; 1 Thess. 4:12; 1 Tim. 5:14; 6:1; Titus 2:5, 9). At many points in his letters Paul instructs Christians to live in a way that reflects concern for how nonChristians will perceive Christianity and its adherents. That is to say, Christians are to work in ways that commend the faith to outsiders. Believers are to be winsome and attractive, not repulsive and obnoxious. This concern for how unbelievers perceive the faith is inextricably connected to a desire for others to know, enjoy, and glorify God in Christ. This aspect of doing good work links up with the Great Commission (Matt. 28:18–20). Christians contribute to the task of making disciples of all nations by doing good work that gives the faith a good reputation.

7) In brotherly love that transcends race and status (1 Tim. 6:2; Philem. 16). The unity that believers enjoy in Christ overturns and transcends degrading cultural standards that exalt some people over others.4 Christians are to work in ways that reflect the dignity and value of every human, as all are made in God’s image. Further, those in the family of faith are to be regarded as brothers and treated as coheirs of Christ. Union with Christ by faith gives believers a new identity that is to be lived out already now in the context of work relationships that partake of the not yet aspects of this time between the times, before the full dawning of the age to come.

Tim Keller writes, “Christians who grasp a biblical theology of work learn not only to value and participate in the work of all people but to also see ways to work distinctively as Christians.”5 As we wait for the redemption of our lowly bodies and resurrection from the dead, Christians are to work in ways that show love for God and neighbor. So doing will enable us to live out the image and likeness of the true and living God. We are, after all, being transformed from one degree of glory to another into the image of his Son (2 Cor. 3:18). Walking with God in this way will allow us to flourish in the midst of fallen futility.

Notes:
1. Cf. Charles Taylor, A Secular Age (Cambridge, MA: Belknap, 2007), 706, 742: “Christian faith can never be decanted into a fixed code,” and “the network of agape puts first the gut-driven response to this person. This can’t be reduced to a general rule.”
2. Phillis Wheatley, The Collected Works of Phillis Wheatley, ed. John Shields (New York: Oxford University Press, 1989), 6, 18, 229. The capitalization, spelling, and italics in the quotations are original. Cf. the discussion of this poem in Vincent Carretta, Phillis Wheatley: Biography of a Genius in Bondage (Athens, GA: University of Georgia Press, 2011), 30, 60, 63, 86, 170, esp. 61: “Wheatley repeatedly appropriates the values of Christianity to judge and find wanting hypocritical self-styled Christians of European descent.”
3. See further Steve Corbett and Brian Fikkert, When Helping Hurts: How to Alleviate Poverty Without Hurting the Poor . . . and Yourself, rev. ed. (Chicago: Moody, 2012).
4. For the way Paul’s instructions on the Lord’s Supper stand against worldly distinctions in the church, see James M. Hamilton Jr., “The Lord’s Supper in Paul,” in The Lord’s Supper, ed. Thomas R. Schreiner and Matt Crawford, New American Commentary Studies in Bible and Theology (Nashville: Broadman, 2010), 68–102.
5. Timothy Keller, Every Good Endeavor: Connecting Your Work to God’s Work (New York: Riverhead, 2014), 149. 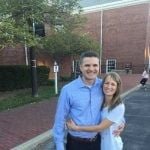