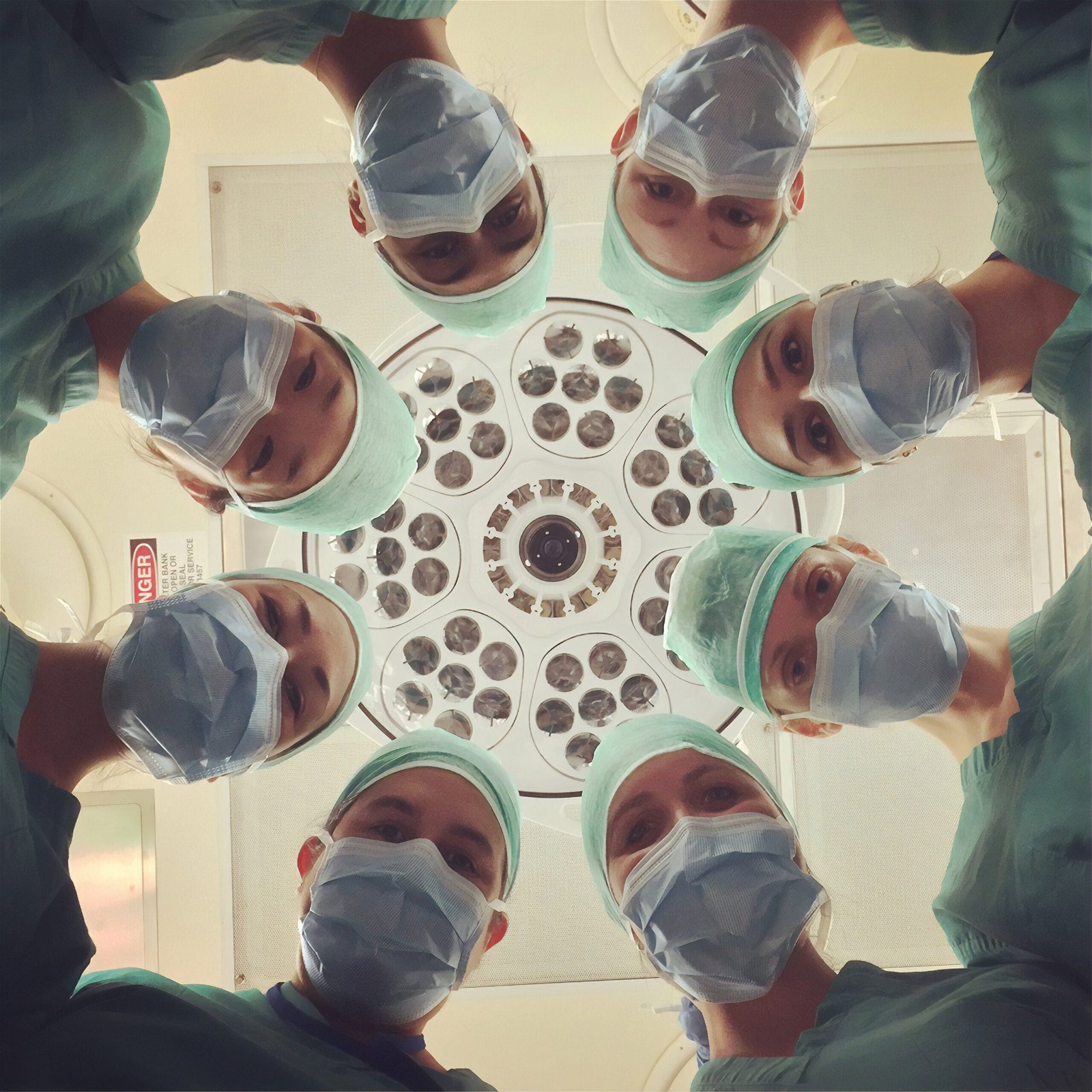 The Great Schism occurred on July 16, 1054. It permanently alienated the Eastern Orthodox Churches from the western Roman Catholic Church. What were the issues? Sadly, they were trivial—whether to use leaven or unleavened bread at the Lord’s Supper, whether pastors could wear beards, and whether Christians should fast on Saturdays during Lent. The most serious theological issue was whether the Holy Spirit was sent by the Father or by the Father and the Son.

One of the most harmful divisions in church history could have been avoided had those involved known how to triage doctrinal issues. Triaging is the ability to sort the crucial from the important-but-not-crucial beliefs, holding fast to the first while giving liberty with regards to the latter.

One of the problems with providing theological liberty, and its opposite, holding fast to crucial doctrines, is that they can both be abused. Sometimes the church holds fast, dividing over issues that shouldn’t separate us. The Great Schism is a good example. At other times we give too much liberty and don’t separate when we should.

For example, in 1994 a group of Roman Catholic and Evangelicals signed a document to promote Christian unity. It was titled, Evangelicals and Catholics Together, (ECT), and some of its key signatories were J. I. Packer and Charles Colson.

Although ECT’s goal was admirable, it failed to address the main issues that had divided Protestants and Catholics since the Reformation—Justification by Faith Alone and a related issue, the imputation of Christ’s righteousness. I have tremendous respect for Packer and Colson, but in this pursuit of unity they erred, and if men this solid can error, so can we.

Unity is a worthy goal. Jesus prayed, “That they may all be one, just as you, Father, are in me, and I in you, that they also may be in us, so that the world may believe that you have sent me” (John 17:20–21).[i]  But Paul recognized appropriate times for division. “For there must be factions among you,” wrote Paul, “in order that those who are genuine among you may be recognized” (1st Corinthians 11:19).[ii]

I shattered my left elbow in a bicycle accident. Because it was Memorial Day weekend the emergency room was packed. Drug addicts coming off highs, heart trouble, lacerations, and broken bones filled the waiting room. There were more patients than they could possibly treat. So, the intake nurse carefully triaged the waiting room. She admitted those with life threatening issues first making the less serious patients wait. I loaded up on Ibuprofen and sat patiently.

Theological triage works the same way. It equips us to sort the crucial doctrines from the trivial, the doctrines that we cannot compromise, (Justification by Faith Alone or sexual ethics), from those that don’t matter (beards). Personally, I have found that understanding and applying the gospel has been intensely helpful here. Many have found it helpful to triage doctrinal issues into three levels. We stand immovable on level-one issues, while giving liberty on the other two.

The failure to believe level-one doctrines either compromises the gospel or compromises essential biblical ethics. These are examples of the “first things” Paul references in 1st Corinthians 15:3. We do not give Believers liberty on these issues. Should someone reject these they should be placed under church discipline. It is appropriate to divide from individuals, local churches, or denominations over these issues.

Here are my non-negotiables. Your list may differ slightly, but the important point is that we are asking this question: What are the fundamentals without which we do not have the gospel or Christian ethics?

This means that you should leave a denomination or church that quits believing these truths. For example, the 19th century theologian, Nathaniel W. Taylor, was the first head of Yale’s Divinity School. Although trained by Jonathan Edwards’ grandson, Timothy Dwight, Taylor eventually rejected Original Sin and the doctrine of Imputation. Labelled New Haven Theology, his teaching ultimately split the Presbyterian denomination in the U.S. We rightfully hate denominational splits, but in this case the split pleased God. Taylor and his followers rejected level-one doctrines.

We can give other Christians liberty on level-two issues. By this I don’t mean that there are unimportant Bible teachings. All of the Bible is God’s Word. It all matters. But some doctrines are more foundational and clear than others. These teachings tend to be the boundaries that define local churches and denominations. We may not admit a brother who differs on one of these into membership in our local church, but we still consider him or her a Christian in good standing. Here are some examples:

On these issues sincere Bible-loving Christians can disagree. However, for practical reasons it is difficult to function in a church where there is major disagreement on one of these issues. Church government is a good example. We extend liberty to those who disagree, but we may graciously encourage them to join another congregation that shares their convictions.

Members of the same congregation should be able to disagree on level-three issues without damage to local church unity. Here are some examples:

“We should expect disagreements with fellow Christians about third-level matters,” writes Andrew Naselli, “and we should learn to live with those differences. Christians don’t always need to eliminate differences, but they should always seek to glorify God by loving each other in their differences.”[iii] For example, you should be able to disagree with your spouse over these issues and still have a happy marriage.

Proud people find triaging difficult. Consider the Pharisees. Because they lacked God’s perspective, they could not effectively triage. They made theological mountains out of molehills. They tithed “mint, and dill, and cumin but neglected the weightier matters of the law” (Matthew 23:23). Hmmm…? Because we can do the same, let me close with three triaging tools.

The first is a question: Is the Bible really clear about this issue? Sadly, the church often divides over level-two or level-three issues that are not as clear as we would like. For example, the timing of baptism, how Christ is present in the Lord’s Supper, or our understanding of the millennial reign of Christ. But we fail to divide over issues that are crystal clear—the necessity of repentance, or the Trinity.

The ancient creeds—the ones that have stood the test of time—are a second triaging tool. Examples would be The Apostles Creed and The Nicene Creed, The Heidelberg Confession, or The Westminster Confession of Faith. Notice what these creeds emphasize and de-emphasize. They aren’t perfect, (only scripture is), but they are a great place to start.

Thirdly, and most importantly, we learn to triage by understanding and applying the gospel to ourselves. When a Believer sees and feels the horror of their personal sin, and what it cost God to forgive them, their attention shifts to level-one doctrines. Whenever I find a Christian obsessed with level-two or level-three doctrines, I almost always find someone that doesn’t really get the seriousness of their personal sin, the wrath of God, or the horror of the cross. Feeling the weight of sin and redemption gives us the perspective that enables us to triage the other doctrines. As Jack Miller once said, “The love of God is shallow unless there is a depth to which it reaches.”[iv]

In conclusion, those who follow these rules will not repeat the tragedy of the Great Schism. They will effectively triage level-one from level-two and level-three issues. They will not separate over whether our communion bread is leavened, whether clergy can marry, fasting on Saturdays during Lent, or whether pastors can wear beards. But they will resolutely separate over level-one doctrines—gospel-destroying doctrines, and crucial ethical issues that can never be compromised.

[i] Paul also urged unity. “I therefore, a prisoner for the Lord, urge you to … bear with one another in love, eager to maintain the unity of the Spirit in the bond of peace.” (Ephesians 4:1–6).

[ii] Jesus told his disciples, “If anyone will not receive you or listen to your words, shake off the dust from your feet when you leave that house or town” (Matthew 10:14).

[iii] Naselli, Andrew David, Crowley, J. D. Conscience: What It Is, How to Train It, and Loving Those Who Differ (Kindle Locations 1234-1236). Crossway. Kindle Edition.