So many times I fall into the trap of thinking that preaching or leading worship are both so super-spiritual that they are of more worth than any other way of serving. Pride becomes my master and sets the course for my ambitions. My over-joyful reaction at being asked to lead a small group quickly turns to dispassion when asked to be a parking monitor. Christ taught and modeled that a servant was more than being seen as a leader.

Biblical servanthood is a vital and meaningful part of being a Christian; leadership isn’t. An overwhelming majority of Christians will never lead anything. That is ok, God designed it that way. Somehow, we have allowed the culture to creep in and define preeminent value on leadership. When did we drop our guard?

We are all taught to aspire to be in leadership; as if merely being a servant is somehow beneath us.  Servanthood has been either forgotten or hijacked by an obsession with leadership.  I have nothing against leadership – it is a relevant topic, we should all study. But the problem is when servanthood is eclipsed and made subservient to leadership. We are so consumed with being leaders that we never study how to just serve. Instead, we rightly incorporate serving into leadership, but falsely emphasize the role of leadership.

Biblical Servanthood is a requirement for every Christian – whether or not they will ever lead anything. In fact, most Christians will never be in any type of leadership. Leadership is not even a requirement for living the Christian life. We need leaders who will guide and help us keep the Gospel central to our lives. But as Christians, we are not called primarily to be leaders; we are called first to be followers and therefore servants of Christ. Leadership is neither the fulfillment nor the goal of Christian service.  As Jesus explains to his disciples in Mark 10:42-45, “And Jesus called them to him and said to them, ‘You know that those who are considered rulers of the Gentiles lord it over them, and their great ones exercise authority over them. But it shall not be so among you. But whoever would be great among you must be your servant, and whoever would be first among you must be slave of all. For even the Son of Man came not to be served but to serve, and to give his life as a ransom for many.’”

Jesus takes the disciples to account as they continued to argue over who would be the greatest in heaven. He defined greatness by servanthood and humility.  He revealed that things are different in heaven. Here on earth, great rulers lord their greatness over others and people serve them, but in heaven the great ones are those who have served others.

The writer of Psalm 84 states that even being a doorman in the house of God is greater than anything here on earth. In verses 10-12, he implies that whatever fame or riches this world has to offer, nothing begins to compare with the reward of being but the lowliest servant in God’s house.  How can the writer say that one day serving God is better than a thousand days elsewhere? How can he write that being a doorkeeper for the house of God is a job desirable above all others? He can say these things because he clearly recognizes the holiness and majesty of God who “bestows favor and honor. No good thing does he withhold from those who walk uprightly”

Serving is so much tied up into what it means to be a Christian that many of the writers of the New Testament describe themselves as “Servants of the Lord” at the beginning of their epistles. As Paul states in 1 Corinthians 4:1, he wanted to be known not as a powerful speaker, as a wise man, or as anything else other than as a servant of Christ.

By performing the littlest task desiring to bring honor to God, we glorify the King of the Universe who has bestowed untold favor and honor through salvation by the work of His Son Jesus Christ. That is worth more in the end than everything here on earth we could imagine. Whether we are a leader or a follower it is about the God we serve, not the position we serve in.

If we are saved by faith alone and not by works (Romans 3), then being in leadership has no bearing on one’s justification before God. It is our hearts that matter, not titles or laundry lists of acts of servanthood. For as James writes, “God opposes the proud, but gives grace to the humble.” James 4:6. Whether we are playing an instrument, greeting at the front door, or changing someone else’s baby’s diaper, all of it is noble in the sight of God if we are worshiping Him. Martin Luther writes, “For Holy Scripture makes no distinction between them, except that those who are now boastfully called popes, bishops, and lords, it calls ministers, servants, and stewards, who are to serve the rest in the ministry of the word, for teaching the faith of Christ and the liberty of believers. For though it is true that we are all equally priests, yet we cannot, nor, if we could, ought we all to, minister and teach publicly.”[i]

During his earthly ministry, Jesus used himself as an example of this heavenly view of greatness. Even though he was fully God, he himself showed his greatness by serving through his ministry whether that was healing the sick, bringing dead back to life, feeding the hungry, or providing the safety of his disciple in a storm. However, Christ showed his true greatness in his ultimate act of service; atoning for our sin by dying on a cross. The Gospel – and not some requirement for leadership – should ultimately drive our service to others. Christ wants and deserves our worship not our leadership.

So ask yourself “Has my desire to lead hi-jacked my desire worship Christ?” 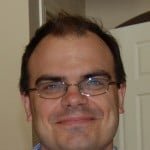