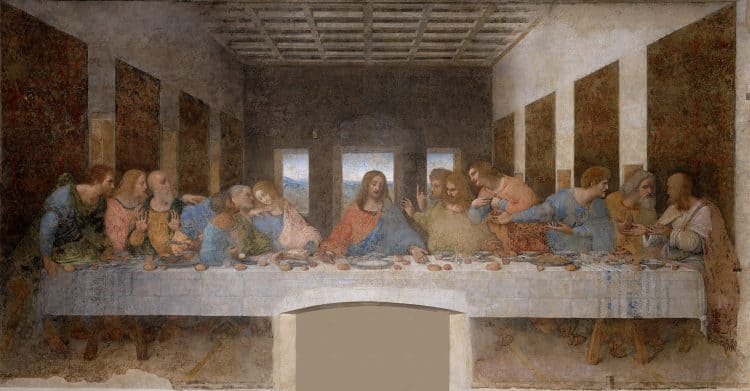 There has been something of a biblical-theological revolution over the past several decades. It is not a revolution in which new doctrines are being uncovered, so much as it is one by which our understanding of a Christ-centered and redemptive-historical interpretation of Scripture is being refined. Many in Reformed and Calvinistic churches have welcomed this development with open arms, precisely because the fundamental principles of redemptive-history are already scattered throughout the large corpus of writings of the English Puritans, Dutch theologians of the 17th Century, and other post-Reformation Reformed theologians. In essence, Biblical Theology is nothing more, and nothing less, than historic Covenant theology.

While much of what is being written today has already been articulated in former days, there is still more refinement and progress to be made within this particular realm of biblical interpretation. One such refinement comes as we attempt to answer the question, “How did Jesus read the Old Testament?” Surprisingly, this is one question that has seldom been asked and answered. It is my desire to help us briefly think through this question and the implications it has on our Christian lives.

One of the chief reasons why this question has not been asked more frequently is that Reformed, Calvinistic, and Evangelical Christians sometimes err on the side of thinking of Jesus as merely being God, but downplay His human nature and Covenant membership as an Israelite, born under the Law to redeem His people (Galatians 4:3-5). Certainly, believing that Jesus is the second Person of the Godhead is the most important tenet of the Christian faith—and something that can only be known and believed by the supernatural and gracious work of God—however, believing that He is also fully man, and the Covenant keeping representative Israelite, is equally fundamental to the Christian faith. He is both David’s son and David’s Lord (Matthew 22:41-46). In addition to the truth of the Triunity of God, all the truths of Christ’s person, work, and saving benefits form the epicenter of Christianity.

There is almost nothing so difficult as understanding the person of Jesus—two distinct but inseparable natures in one eternal person. Yet, the Scriptures teach this truth, historic Christianity affirms it and we will spend eternity worshiping the Christ, who is fully God and fully man. Theologians have spent much time seeking to explain what has been called “the hypostatic union”. The eternally pre-existent Son of God created a human nature for Himself in the womb of the virgin Mary, “and so became, and continues to be, both God and man in two distinct natures and one person forever.” In His human nature, Jesus had to “grow in wisdom and stature” (Luke 2:40; 52). He had to learn, just like any other man. Though in the Divine nature He was omniscient, in His human nature He was finite and subject to growth and development. At each stage of human experience, He had to grow in His capacity to experience sinless human experience to the extent of His ability. He never ceased to be God, yet willingly laid aside access to what was His by Divine right in order to be our representative Second Adam. We needed a Redeemer who was fully man. We need a Redeemer who entered into the same experiences, put Himself under the same Law and who was “tempted in all points as we are, yet without sin.” One of the things that He had to experience as man—and that He had to do as human mediator and covenant keeper—was to study and understand the Scriptures.

There is deep mystery here. Jesus never studied in the Rabbinical schools like all the other religious leaders in Israel (John 7:15). We can safely assume that Mary and Joseph faithfully taught Him the Scriptures from His earliest days. We know that He would have been in the synagogues often as a boy; and Luke tells us that He went with Mary and Joseph to the Temple every year. We find Him there as a 12 year old boy astonishing the teachers with His questions and answers about the Scriptures (Luke 2:41-52). So, how did Jesus read the Old Testament? Did He read it as a book of morals or character development? Did He read it like the Pharisees and Scribes read it? Far from it! Jesus read the Old Testament as the Covenant revelation of God written to Him and about Him. We have frequently rushed to this latter part and rightly rejoiced in the fact that Old Testament was written about Jesus, but have failed to see that, at the same time, it was written, first and foremost, to Jesus.

Another reason why this question has not been asked more frequently is that the Reformed are rightly zealous for application and experientialism. The Bible should make a difference on my life. The precious truths contained in it should lead me on to godly living. This is taught everywhere in the pages of Scriptures (e.g. Titus 1:1 and 1st Timothy 4:16). Some have mistakenly thought that if we say that the Scriptures are first and foremost written to and about Jesus that this will somehow lead on to a denial of my need for transformation. In fact, it is only as we see that the Bible is written to and about Jesus that we will experience Gospel transformation in our lives.

With these things in mind, here are 10 ways to help us understand how Jesus would have understood the Old Testament to have been written to and about Himself:

While much more could and should be considered regarding this subject, understanding that Jesus read the Old Testament as being written to and about Himself should give us a greater appreciation for the extent to which our Savior went to redeem us. It should help us fix our eyes more steadfastly on the One who is the author and finisher of our faith. It should motivate us to seek Him more fervently. It should encourage us to trust Him as our Redeemer more fully. It should help us understand that all life and godliness are found in Him and in Him alone. It should produce in us shouts of thanksgiving and songs of praise for the loving wisdom of our God in revealing His Covenant revelation to the Covenant keeper.