by James Borland | Jul 31, 2018 | Biblical Gender and Sexuality: An Expose On Manhood and Womanhood

The place of women in the first-century Roman world and in Judaism has been well-documented and set forth in several recent books.1 Most frequently, women were regarded as second-class citizens. Jesus’s regard for women was much different from that of His contemporaries. Evans terms Jesus’ approach to women as “revolutionary” for His era.2 But was His treatment of women out of character with Old Testament revelation, or with later New Testament practice?

For Christ, women have an intrinsic value equal to that of men. Jesus said, “…At the beginning the Creator ‘made them male and female’” (Matthew 19:4; cf. Genesis 1:27). Women are created in the image of God just as men are. Like men, they have self-awareness, personal freedom, a measure of self-determination, and personal responsibility for their actions.

Scanzoni and Hardesty point out that, “Jesus came to earth not primarily as a male but as a person. He treated women not primarily as females but as human beings.”3 Jesus recognized women as fellow human beings. Disciples come in two sexes: male and female. Females are seen by Jesus as genuine persons, not simply as the objects of male desire.4 James Hurley believes “the foundation-stone of Jesus’s attitude toward women was His vision of them as persons to whom and for whom He had come. He did not perceive them primarily in terms of their sex, age, or marital status; He seems to have considered them in terms of their relation (or lack of one) to God.”5

Examples of this even-handed treatment of women by Jesus are found in the four Gospels. First, Jesus regularly addressed women directly while in public. This was unusual for a man to do (John 4:27). The disciples were amazed to see Jesus talking with the Samaritan woman at the well of Sychar (John 4:7-26). He also spoke freely with the woman caught in adultery (John 8:10–11).6 Luke, who gives ample attention to women in his Gospel, notes that Jesus spoke publicly with the widow of Nain (Luke 7:12–13), the woman with the bleeding disorder (Luke 8:48; cf. Matthew 9:22; Mark 5:34), and a woman who called to Him from a crowd (Luke 11:27–28). Similarly, Jesus addressed a woman bent over for eighteen years (Luke 13:12) and a group of women on the route to the cross (Luke 23:27-31).

A second aspect of Jesus’ regard for the full intrinsic value of women is seen in how He spoke to the women He addressed. He spoke in a thoughtful, caring manner. Each synoptic writer records Jesus addressing the woman with the bleeding disorder tenderly as “daughter” (references above) and referring to the bent woman as a “daughter of Abraham” (Luke 13:16). Bloesch infers that “Jesus called the Jewish women ‘daughters of Abraham’ (Luke 13:16), thereby according them a spiritual status equal to that of men.”7

Third, Jesus did not gloss over sin in the lives of the women He met. He held women personally responsible for their own sin as seen in His dealings with the woman at the well (John 4:16–18), the woman caught in adultery (John 8:10–11), and the sinful woman who anointed His feet (Luke 7:44–50). Their sin was not condoned, but confronted. Each had the personal freedom and a measure of self-determination to deal with the issues of sin, repentance, and forgiveness.

Even though clear role distinction is seen in Christ’s choice of the apostles and in the exclusive type of work they were given to perform, no barriers need exist between a believer and the Lord Jesus Christ, regardless of gender. Jesus demonstrated only the highest regard for women, in both His life and teaching. He recognized the intrinsic equality of men and women, and continually showed the worth and dignity of women as persons. Jesus valued their fellowship, prayers, service, financial support, testimony, and witness. He honored women, taught women, and ministered to women in thoughtful ways.

As a result, women responded warmly to Jesus’ ministry. Have things changed too drastically today for us to see this same Jesus? Not at all. Modern women can find the same rich fulfillment in serving Christ as did the Marys and Marthas of Judea, or the Joannas and Susannas of Galilee.

References:
1. James B. Hurley, Man and Woman in Biblical Perspective (Grand Rapids: Zondervan, 1981), pp. 20-78, explains what women’s lives were like in Old and New Testament times; Aida Besançon Spencer, Beyond the Curse: Women Called to Ministry (Nashville: Thomas Nelson, 1985), pp. 46-57, covers the position of women in rabbinic writings largely current at the time of Christ; and Mary J. Evans, Women in the Bible: An Overview of All the Crucial Passages on Women’s Roles (Downers Grove, IL: InterVarsity Press, 1983), pp. 24-43, describes women in Old Testament society and in the Graeco-Roman world. Ben Witherington III, Women in the Ministry of Jesus (Cambridge, England: Cambridge University Press, 1984), p. 10, concludes, “It is fair to say that a low view of women was common, perhaps even predominant before, during and after Jesus’ era.”
2. Evans, Woman in the Bible, p. 45.
3. Letha Scanzoni and Nancy Hardesty, All We’re Meant to Be: A Biblical Approach to Women’s Liberation (Waco, TX: Word Books, 1974), p. 56.
4. Evans, p. 45.
5. Hurley, Man and Woman in Biblical Perspective, p. 83.
6. Although opinions vary, the present writer regards John 7:53-8:11 as part of the genuine text of John’s Gospel.
7. Bloesch, Is the Bible Sexist? p. 28. 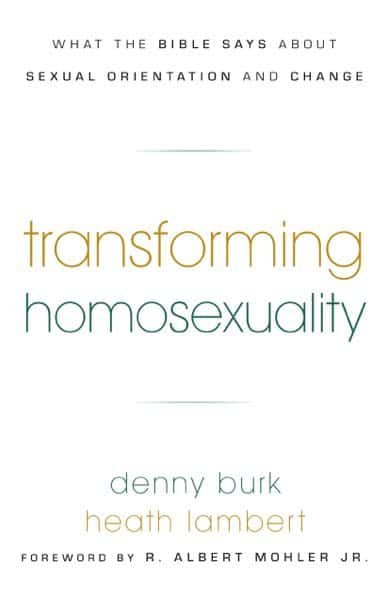 Transforming Homosexuality: What The Bible Says About Sexual Orientation And Change

Few issues are as controversial as the topic of homosexuality in our day. Within the past several years, in large part due to a decision by the United States Supreme Court on gay marriage, the number of books coming out on gay marriage has significantly... 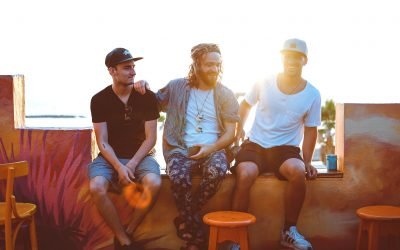 How Should Christians Share the Gospel with Practicing Homosexuals?

How should Christians share the Gospel with practicing homosexuals? I’d start by saying that you preach the same gospel that you would preach to someone who is not in the homosexual lifestyle. That’s the most important thing to say. I think what the...