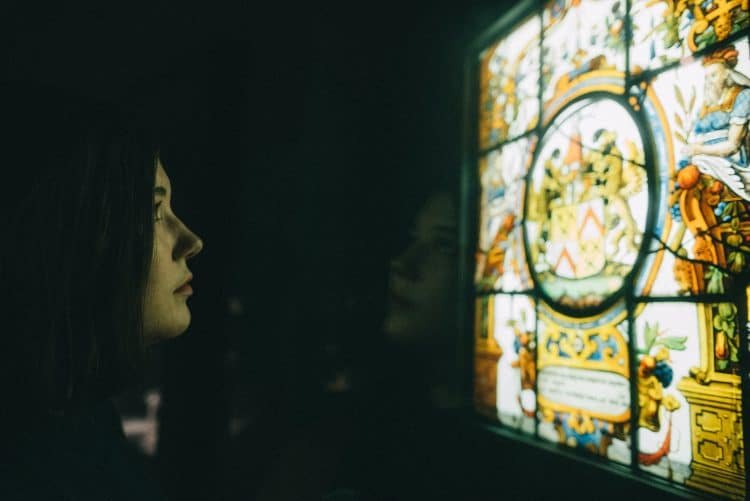 Mary came into my office to discuss a personal dilemma she was facing. She had recently applied to a missions agency to be considered for an international ministry assignment. In an initial interview with the agency, she had struggled to articulate an adequate answer to a simple question: “Do you have assurance of your salvation?”

A woman of about thirty years, Mary had become a Christian sometime in her teenage years—at least she thought. Many times and often she had gone forward at church when it came time to be saved. She had prayed to receive Christ at final challenges at summer camps. Mary had walked the aisle at a massive evangelistic crusade and expressed her desire to follow the Lord with her counselor. And she had regularly prayed the sinners’ prayer. Dozens of times Mary had responded with repentance and faith to the gospel of Jesus Christ. All well and good, right? The problem was that Mary was not sure if any of these events and prayers were valid, if she had really become a Christian. She thought she had. She hoped she had. But she was not sure if she had become a follower of Jesus Christ.

Her friends had attempted to help Mary by asking probing questions: “How did you receive Christ?” “When did you pray the sinner’s prayer?” “Where were you when you became a Christian?” These were well-intentioned questions raised to help her, but Mary’s problem was that she had difficulty pointing to the how, when, and where of her salvation. Indeed, she had had so many experiences of answering the gospel call that she couldn’t say which, if any, had actually taken effect and saved her. Besides, in none of those times had Mary felt the weight of her sin lift off of her shoulders or heard a choir of angels singing—experiences of salvation that her friends had shared with her to give her assurance of salvation. So, Mary was not sure that she was a Christian. Moreover, if she were a Christian, she was not sure that she would remain a Christian her entire life. And the missions agency to which she had applied was rightly concerned about her and insisted that she gain clarity on this all important, foundational matter.

So, Mary came to me. Over the course of the next few months I worked with Mary to help her gain assurance of salvation. The following is a sketch of what I shared with Mary. I begin with a definition: assurance of salvation is the subjective confidence that is the privilege of all genuine believers that they will remain Christians throughout their life. It is an inner certainty that God has saved them on the basis of the work of the Son on their behalf, and the application of that saving benefit by the work of the Holy Spirit.

Importantly, assurance is grounded on the perseverance of the saints. Perseverance is the mighty act of God to preserve Christians throughout their life by His power, through their ongoing faith, until their salvation is complete. As Peter underscores in his blessing of the Lord: “According to his great mercy, he has caused us to be born again to a living hope through the resurrection of Jesus Christ from the dead, to an inheritance that is imperishable, undefiled, and unfading, kept in heaven for you, who by God’s power are being guarded through faith for a salvation ready to be revealed in the last time” (1st Peter 1:3-5). The inheritance of eternal life is guaranteed for Christians as God’s power unfailingly protects them from temptation, demonic attack, persecution, and overwhelming sin. Thus, they cannot ultimately abandon the faith and fall from salvation. However, God’s protective power does not operate apart from the Christians’ ongoing faith. God, who is faithful to His promises and all-powerful to accomplish His will, not only saves His people, but also guards them as they walk with Him by faith—day by day—ultimately giving them their promised eternal life. On the basis of this divine preserving work, Christians are privileged to enjoy the assurance of their salvation.

Specifically, what has God done, and what is He doing for us that gives us this ongoing confidence that we will belong to Christ forever? Like I shared with Mary, if we are to gain assurance of salvation in the best way possible, we must ground our faith on the work of the triune God and the promises of His Word. 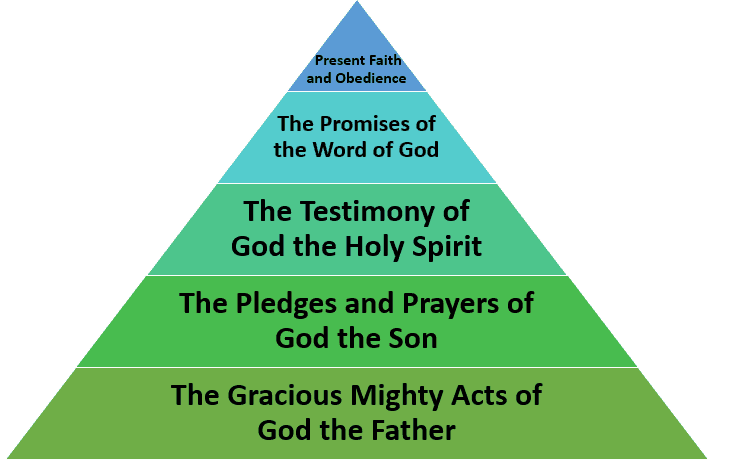 Beginning with the gracious mighty acts of God the Father, Christians have been chosen by Him in Christ “before the foundation of the world” (Ephesians 1:3). By His gracious election, the Father marked them out eternally for His purpose of salvation. God has united them with Christ; through this union with Christ, the Father grants them every benefit of salvation (Romans 6:1-11; Galatians 2:20; 3:28; Eph. 2:4-7; Col. 3: 1-5). God has justified them, that is, declared them not guilty, but righteous instead. Such justification has nothing to do with merit or earning God’s favor by good works; rather, it is on the basis of the perfect obedience, death, and resurrection of Christ, and faith in Him (Romans 3-8; Galatians 2:15-3:29). Through adoption, God is their Father. He has taken them as sinful people—enemies who were separated from Him—and joined them as beloved children into His family forever (John 1:12; Galatians 4:4-7; Ephesians 2:13-22).

The gracious mighty acts of God the Father undergird assurance of salvation.

Assurance of salvation is next grounded on the pledges and prayers of God the Son. Christ pledges to unfailingly hold on to His followers, never lose them, and give them eternal life. As Jesus assures us, “All that the Father gives me will come to me, and whoever comes to me I will never cast out. For I have come down from heaven, not to do my own will but the will of him who sent me. And this is the will of him who sent me, that I should lose nothing of all that he has given me, but raise it up on the last day. For this is the will of my Father, that everyone who looks on the Son and believes in him should have eternal life, and I will raise him up on the last day” (John 6:37–40; cf. 10:27-30). In addition to His pledges, the Son engages in unceasing prayers for His followers’ ongoing salvation. Contrasting the old covenant priesthood with the new covenant High Priest—Jesus Christ—Hebrews underscores: “The former priests were many in number, because they were prevented by death from continuing in office, but he holds his priesthood permanently, because he continues forever. Consequently, he is able to save to the uttermost those who draw near to God through him, since he always lives to make intercession for them” (Hebrews 7:23–25; cf. John 17:24).

The pledges and prayers of God the Son support assurance of salvation.

Grounding the assurance of salvation continues with the testimony of God the Holy Spirit. Even before people become Christians, His conviction of sin, righteousness, and judgment is disturbing them (John 16:8-11). The Spirit is the one responsible for regeneration, the work of removing the old nature characterized by darkness and death and implanting in its place a new nature characterized by light and life (John 3:3–8; Titus 3:5). His work of sealing marks out Christians as belonging to God forever (Ephesians 1:13–14; 4:30); indeed, His work is presented as a down payment, the firstfruits, the guarantee of salvation (2nd Corinthians 1:22; Ephesians 1:14; Rom. 8:23; 2 Cor. 5:5). Moreover, the Holy Spirit renders testimony in the inner core of Christians, that they are indeed children of God (Romans 8:16). And throughout their life, the Spirit is engaged in the transformation of believers into the image of Christ (2nd Corinthians 3:18) so that they progressively exhibit Christ-likeness (Galatians 5:16–25).

The testimony of God the Holy Spirit sustains assurance of salvation.

On top of the work of the triune God, assurance of salvation is grounded on the promises of the word of God. Scripture promises eternal life, and assurance of it, to all those who embrace the Son by faith: “And this is the testimony, that God gave us eternal life, and this life is in his Son. Whoever has the Son has life; whoever does not have the Son of God does not have life. I write these things to you who believe in the name of the Son of God, that you may know that you have eternal life” (1st John 5:11–13; cf. John 3:36; 5:24).

Assurance, then, becomes a matter of trusting in the promises of the Word of God. But it is not enough just to tell people like Mary to trust God. They want to, but often find it difficult. So share the promises of Scripture, with this expectation: “faith comes from hearing, and hearing through the word of Christ” (Romans 10:17). Through regular and sustained sharing of the Word with others, as they meditate over and over again on its promises of salvation, trust will be ignited and they will gain assurance of salvation.

The promises of the Word of God uphold assurance of salvation.

The gracious mighty acts of God the Father. The pledges and prayers of God the Son. The testimony of God the Holy Spirit. The promises of the Word of God. Only once we have grounded assurance of salvation on this unshakeable foundation should the present faith and obedience of Christians be appealed to. But like Mary’s friends, we often begin with, and then focus on, these subjective matters: the how, when, and where of our conversion. The good works in which we are engaging. Our life of trusting God and doing His will. But if we invert the diagram and focus on this subjective aspect, assurance of salvation rests on an unstable foundation.

Such appeal is not wrong in and of itself, but it has to be put in the right place. Ultimately, assurance of salvation is grounded on the gracious mighty acts of the triune God and the promises of His Word and not on some subjective sense: faith, evaluation of good works, personal profession, progress in sanctification, and the like. Yet, a subjective sense is not to be minimized but directed toward thanksgiving to God. As believers contemplate the phenomenal transformation that they have undergone (they now know God, trust Christ, follow the Spirit, worship the Lord, repudiate sin, desire the word, love others), they should be drawn to the source of this change (God’s marvelous work) and conclude rightly, “I must be saved, for God’s loving and gracious work alone can explain this wonder!”

And now for the rest of the story: through months of studying and meditating on the gracious mighty acts of the triune God and the promises of His Word, Mary gained the assurance of her salvation! I hope that what I have shared will help you similarly, if you lack such assurance, and provide a way for you to disciple others who suffer from a lack of assurance of salvation.

As Jesus promises, “Truly, truly, I say to you, whoever hears my word and believes him who sent me has eternal life. He does not come into judgment, but has passed from death to life” (John 5:24).

Some of this material is adapted from Gregg R. Allison, 50 Core Truths of the Christian Faith: A Guide to Understanding and Teaching Theology (Grand Rapids: Baker, 2018), 273-80.

Gregg Allison is professor of Christian theology at Southern Baptist Theological Seminary in Louisville, Kentucky, and co-author of The Unfinished Reformation: What Unites and Divides Catholics and Protestants After 500 Years. 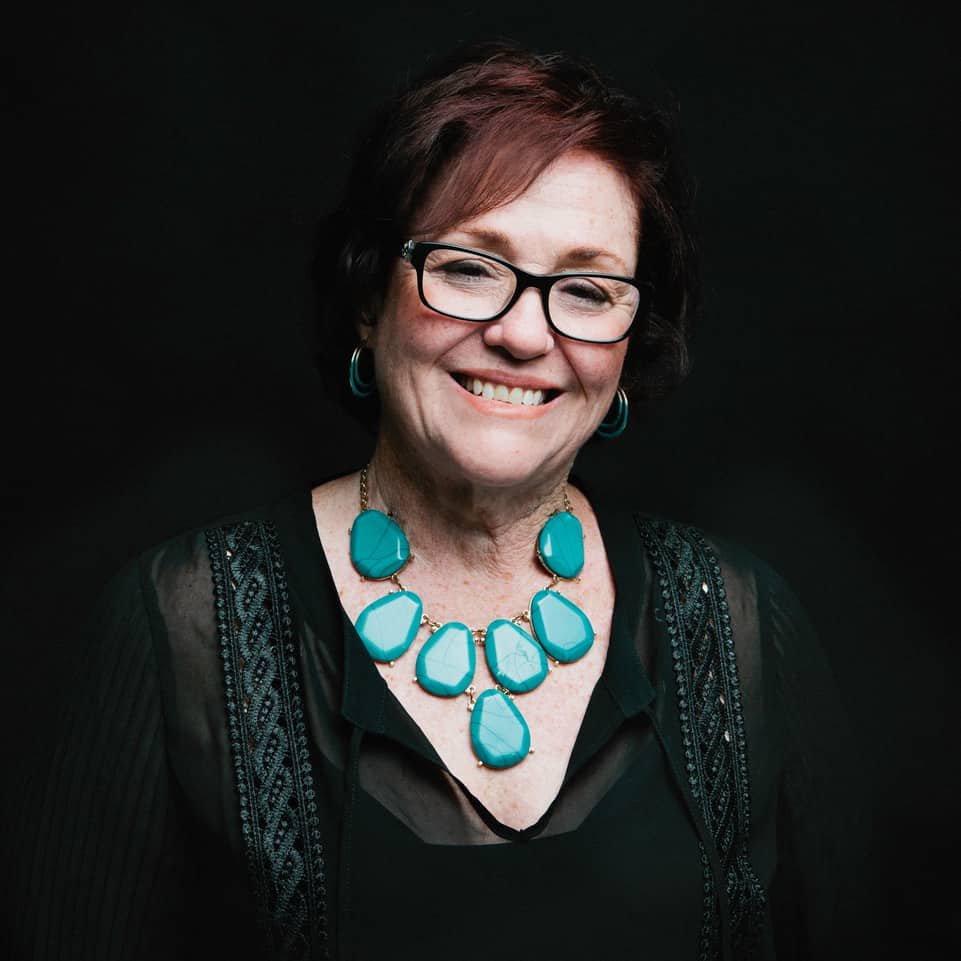 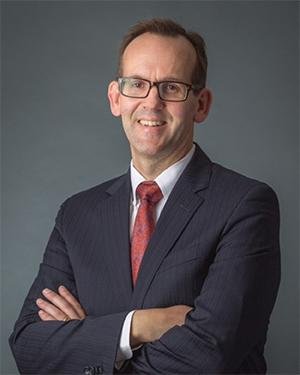 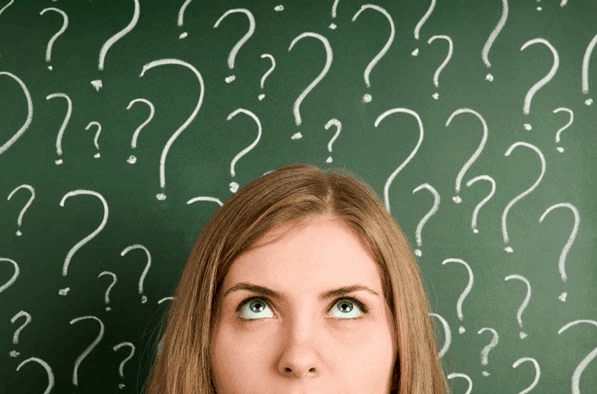 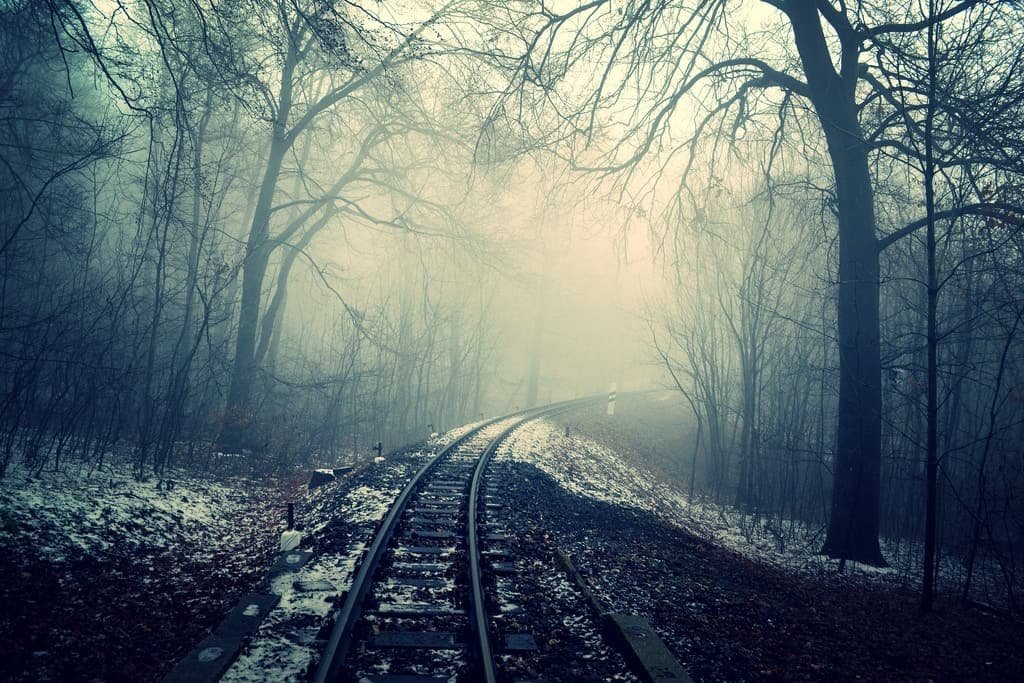 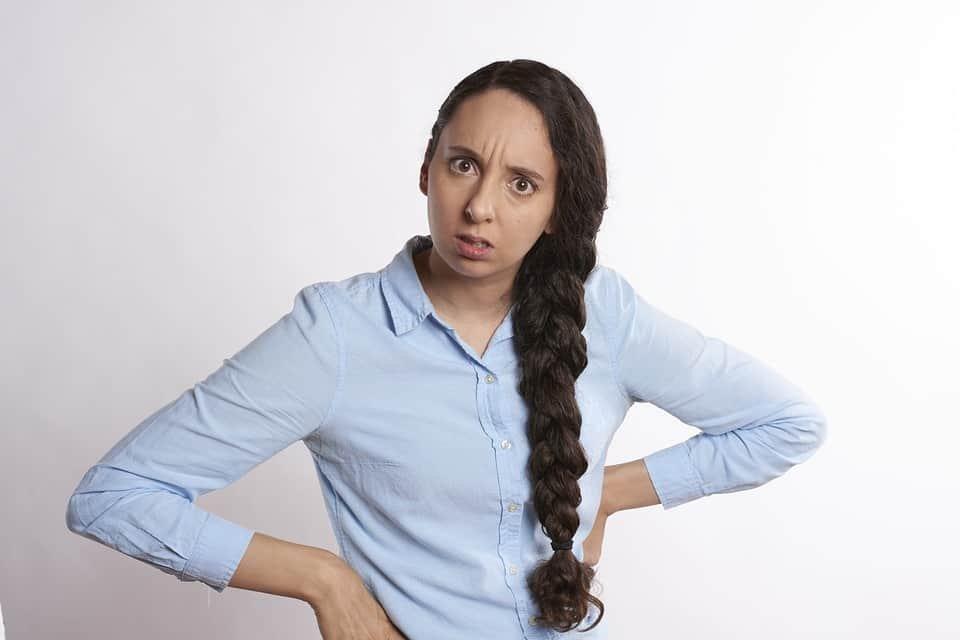