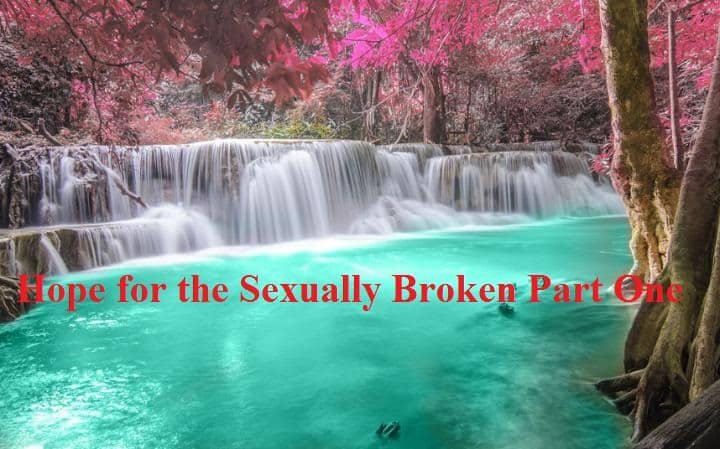 There is a war being waged for the attention, mind, and affections of men. It is a bloody war that does not care about the number of casualties it consumes and there will be no cease-fire until every man is conquered and made a slave. This is the war against the world, the flesh and the devil regarding sexual sin, particularly in the area of sexual sin and pornography.

There is a vast amount of Christian men who are being consumed by this enticing sin as their families and loved ones suffer the consequences. These men need to be freed by God’s grace and leaders in the local church context need to be equipped to biblically counsel these men who are enslaved in sexual sin. Over the next several weeks I will discuss the importance of encouraging the men enslaved by the sexual sin and pornography and also discuss how to counsel men consumed by the lusts of their hearts.

It would be a travesty to discuss fighting sexual sin and temptation devoid of the gospel message. God loves to save rebellious people. Heath Lambert, executive director of the National Association of Nouthetic Counselors and the associate professor of Biblical Counseling at The Southern Baptist Theological Seminary more specifically states, “Jesus loves to cleanse those who love to look at pornography, and he loves to give them power to change.”[1]

God, through Christ Jesus, has provided reconciliation and the forgiveness of sins.  Christ accomplished the salvation of the sexually immoral by willingly offering himself as man’s substitute on the cross. It was there that God poured all his wrath out for the sins of his people.

After this, the power of the Holy Spirit bodily and eternally raised Jesus from the dead. Because of this, believers can have confidence that God provides the means of grace to flee sexual temptation and sin. Consider the words of the Apostle Paul in First Corinthians 6: 9-11 before Paul’s exhortation to flee sexual sin:

Or do you not know that the unrighteous will not inherit the kingdom of God?  Do not be deceived: neither the sexually immoral, nor idolaters, nor adulterers, nor men who practice homosexuality, nor thieves, nor the greedy, nor drunkards, nor revilers, nor swindlers will inherit the kingdom of God.  And such were some of you.  But you were washed, you were sanctified, you were justified in the name of the Lord Jesus Christ and by the Spirit of our God.

The context of this passage is imperative for the purposes of this article. First Corinthians was a letter written to respond to certain doctrinal misbeliefs along with gross moral sins inconsistent with Christian living. According to commentator W. Harold Mare:

Theses aberrations included false views of the resurrection of Christ and the resurrection of the body (1 Cor 15), incest, adultery, and other sexual immorality (1 Cor 5).  They also included unchristian actions in taking fellow Christians to court (1 Cor 6), misuse of Christian liberty (1 Cor 8 and 10), disorders in observing the Lord’s Supper (1 Cor 11:17-34), and other disorders in the worship service (1 Cor 14).[2]

The Apostle Paul’s strategy should be the strategy of every believer fighting sexual sin and every counselor seeking to help someone overcome sexual sin; to remind the church of the precious gospel that has been made available to them in Jesus.

In other words, Paul is reminding believers of their position in Christ. It is absolutely impossible for men to overcome sexual sin apart from remembering the person and work of Christ applied and accomplished in their lives.

This is the significance of the Hebraic author’s warning in Hebrews 3:12-13: “Take care, brothers, lest there be in any of you an evil unbelieving heart, leading you to fall away from the living God. But exhort one another every day, as long as it is called “today,” that none of you may be hardened by the deceitfulness of sin.”

If believers that lived within the same generation as Christ were prone to forget their new identity, then believers living 2000 years removed from the life of Christ need to be reminded as well.  The 18th-century hymn written by pastor Robert Robinson comes to mind, “Prone to wander, Lord I feel it, prone to leave the God I love…”[3]  Therefore, Paul’s exhortation in First Corinthians is relevant to believers today.  Consider more closely, W. Harold Mare examination of Paul’s specific reminders regarding salvation:

… the apostle lists three transactions that occurred at the time when the Lord saved them: they were washed (apolousasthe), that is they were spiritually cleansed by God… they were sanctified (hēgiasthēte), an expression… meaning that they had been set apart as God’s people (cf. 1 Pet 2:9); and they were justified (edikaiōthēte), showing God’s act as judge in declaring the sinner righteous because of Christ (Rom 3:23-26; 5:1).[4]

God has poured every ounce of his wrath out on Jesus Christ for the specific sins of his elect. It is profitable to consider that statement often. In addition to this, God has imputed the righteousness of Christ to all Christians (Rom. 5:19). Therefore, believers can have the assurance of salvation by the deposit of the Holy Spirit (Eph. 1:13-14) who bodily rose Christ from the dead (Rom. 8:11). As a result, Christians can live in obedience as a response to this great salvation (1 Cor. 6:20).