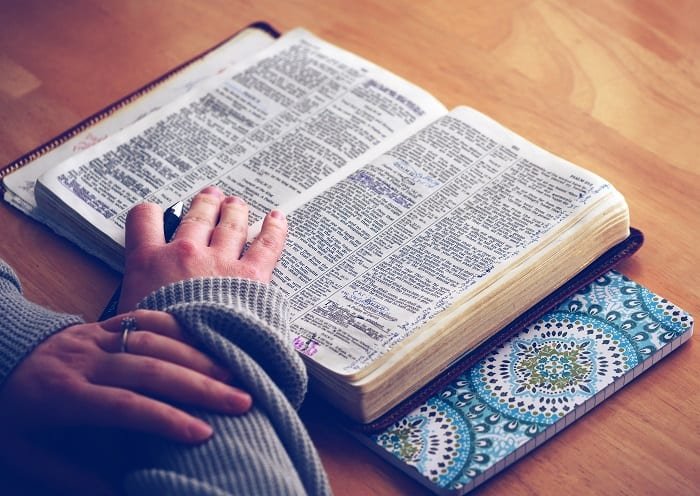 The uniqueness and supernatural unity of biblical revelation demands that all of the parts be read in light of the whole for a full and adequate determination of meaning. This interpretive assertion would seem straightforward for those who believe the Bible is God’s inerrant Word but some evangelicals contend that the interpretive meaning of a biblical text is limited exclusively to the original intent of the human author. Robert H. Stein boldly asserts,

No book of the Bible claims God as its immediate author! Christians, of course, believe that behind the books of the Bible stands the living God, who has inspired his servants in the writing of these works. But the Scriptures were written by men, not God (A Basic Guide to Interpreting the Bible: Playing by the Rules, 28).

Stein’s remark does not account for the uniqueness of divine revelation (which he certainly affirms in principle).

The Bible claims for divine inspiration more than Ron Julian, J. A. Crabtree, and David Crabtree suggest when they write:

“In other words, God authored the lives of each of the biblical writers, who in turn authored books that were the direct result of the shape of their lives” (The Language of God: A Commonsense Approach to Understanding and Applying the Bible, 60).

The Bible teaches that its books were written by men and that God is the author. As Louis Gaussen declares:

Meanwhile, it is of consequence for us to say, and it is of consequence that it be understood, that this miraculous operation of the Holy Spirit had not the sacred writers themselves for its object—for these were only his instruments, and were soon to pass away; but that its objects were the holy books themselves, which were destined to reveal from age to age, to the church, the counsels of God, and which were never to pass away. . . . What they say, they tell us, is theopneustic: Their book is from God. . . . [It] is always the inspiration of the book that is presented to us as an object of faith, never the inward state of him that writes it” (God-breathed: The Divine Inspiration of the Bible, 39, 112).

It is also necessary to exegete Old Testament texts in light of later revelation because the prophetic message was always forward-looking, which is to say that it has always been eschatological. Joel B. Green explains in reference to Peter’s comment about the prophets in 1 Peter 1:10-12,

This does not mean that the words of the prophets were devoid of revelatory value before Christ; after all, God made known to them that their words were forward-looking (v. 12). It does mean, though, that their words lacked the clarity provided then when set alongside the career of Christ.” (1 Peter, The Two Horizons New Testament Commentary, ed. Joel B. Green and Max Turner, 31).

The Scripture possesses a broader canonical context by which the preacher is to understand the meaning and significance of any given text. David Dockery has observed that the interpreter must see “the biblical text, rather than the author’s mind, as the place where meaning is concentrated” (Christian Scripture: An Evangelical Perspective on Inspiration, Authority, and Interpretation, 161). Thus, Millard J. Erickson observes, interpretive approaches that limit the meaning of a biblical text to the intent of the human author alone proceeds on the “assumption that the Bible was written like any other book” and functionally ignores the fact that the Bible has divine authorship as well as human authorship. Erickson contends that such an approach is “antisupernaturalist (or at least nonsupernaturalist).” After all, Erickson explains, (Evangelical Interpretation: Perspectives on Hermeneutical Issues, 30-31) the testimony of Scripture demands faithful interpreters understand both the intended meaning of the original human author and the divine intention of the ultimate author.

As Raju D. Kunjummen avers, “Divine accommodation in the use of human language is not tantamount to divine self-reduction of authorial intent to the understanding of the biblical author” (“The Single Intent of Scripture,” Grace Theological Journal 7.1 [1986]: 81-100, 108). Moreover, as Graeme Goldsworthy writes, “the analogy of Scripture” is not some foreign notion imposed on the text, it is simply “giving free reign to the great Protestant principle that was enunciated at the Reformation: Scripture interprets itself” (Preaching the Whole Bible as Christian Scripture, 128). The analogy of Scripture reminds the interpreter that the Word of God is infallibly autointerpreting. “All Scripture is breathed out by God,” and the God who gives his Word is also the interpreter of his Word (1 Tim 3:16).

The Scriptural data forces us to conclude that later canonical context provides interpreters with a fuller understanding of the meaning of earlier Scriptural passages. Goldsworthy’s conclusion simply and effectively summarizes the issue, biblical theology “shows that the essence of hermeneutics lies in the fact that every part of the Bible leads us to Christ” (Preaching the Whole Bible as Christian Scripture, 128).

This article first appeared at David’s blog and is posted here with his permission.