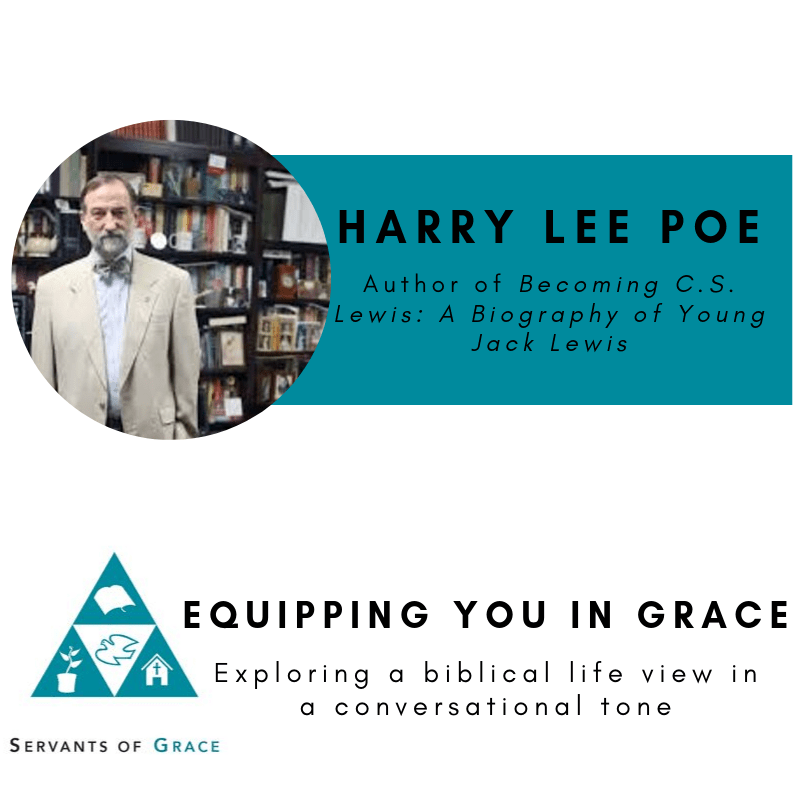 On today’s Equipping you in Grace show, Dave Jenkins and Harry Lee Poe discuss the influences in C.S. Lewis childhood, his friendship, and reaching young people today with the Word of God, along with his book, Becoming C.S. Lewis: A Biography of Young Jack Lewis (Crossway, 2019).

Harry Lee Poe (PhD, The Southern Baptist Theological Seminary) serves as the Charles Colson University Professor of Faith and Culture at Union University, where he has taught a course on C. S. Lewis for over fifteen years. He is the author of The Inklings of Oxford and C. S. Lewis Remembered, as well as numerous articles. Poe hosts regular Inklings Weekend retreats and is a speaker on Lewis at major libraries worldwide.

Subscribing, sharing, and your feedback You can subscribe to Equipping You in Grace via iTunes, Google Play, or your favorite podcast catcher. If you like what you’ve heard, please consider leaving a rating and share it with your friends (it takes only takes a second and will go a long way to helping other people find the show). You can also connect with me on Twitter at @davejjenkins, on Facebook or via email to share your feedback.