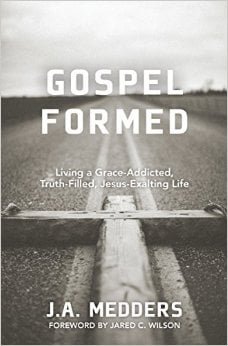 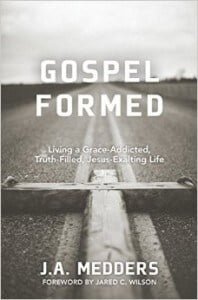 Over the past five years we’ve seen a plethora of books come out on the gospel. Gospel-centered literature has become an industry unto itself. Blogs, podcasts, articles, books, and conferences have been devoted to uncovering the precious diamond of the gospel. The gospel doesn’t lack for a clear, articulate, and well-reasoned explanation these days. With that said there is still much confusion about the gospel. A weak and anemic Christianity is the byproduct of the gospel being first assumed, then discounted, and finally discarded. This is precisely the problem with American evangelical Christianity today. We’re an inch deep and a mile wide. Most of this has been because of an overemphasis on pragmatic program driven ministry in the local church for many years. The other reason is a lack of emphasis on sound biblical doctrine fueling sound biblical living, which informs how people are ministered to in the context of the local church. While much more could be said about this (and likely will in the coming days!) I was grateful to read Jeff Medders first book Gospel Formed: Living a Grace-Addicted, Truth-Filled, Jesus-Exalting Life, a book that is serious about the Bible, and the gospel.

For those of you who’ve never read Jeff writing before, he has a gift from the Lord in using imagery that truly “sticks” with the reader. This is on full display in his book where he seeks in five parts to unpack what the gospel is and the implications of the gospel. In each part Medders instructs his readers on gospel-centeredness in part one, gospel worship in part two, gospel identity, gospel community in part four, and gospel mission in part five

One aspect of the gospel-centered movement I’ve been most concerned thus far has been the lack of emphasis on the Christian’s identity in Christ. I’ve written a great deal about this elsewhere, so as I read Jeff’s book I was waiting to see if he would touch on positional/definite sanctification. Not only did Jeff touch on it, he devoted a whole part of his book to the Christian’s identity in Christ. One of the reasons positional/definite sanctification is so important, and the author touches on this in his book is because all discipleship problems are ultimately, as the Puritans taught, doctrine problems. Thus, if Christians sin they don’t move beyond the gospel but rather go back to who they are in Him. They don’t lose their salvation—instead they go back to Christ (as they always should in every circumstance) and confess their sin and turn from it (1 John 1:9). Thankfully Jeff understands this as well and elaborates on the truth of our identity in helpful ways that I commend to you.

As I read this book, I was also impressed by Jeff’s explanation of deep and wide worship in chapter eight. Much of the problem in the Church goes back to not cracking open our Bible’s and actually engaging and living by what it says. The true Christian whose been born again by the Spirit has nowhere to go but to Jesus for grace. They can run to other lovers but at every turn they are confronted by the river of God’s grace in grace. So, I greatly appreciated Jeff’s discussion on deep and wide worship among his other excellent teaching in this book.

My prayer is that as you read this book the Lord would awaken you who are apathetic and living in your own strength with the power of God in the gospel. And to those of you who think you’ve graduated by the gospel—this book will shock you with the electrifying power of God. Many of us need to be woken up out of our slumber, and cut to the quick. By God’s grace this book will do just that. It’s not the Bible but this book is a tool I believe the Lord will use powerfully in the lives of those who read this book. In a day where the gospel is assumed, and sadly often discounted, Medders has given the Church a loud and clarion call to return to sound doctrine that informs sound living which is to be the basis of any ministry inside the local church, or outside of it. Go pick up and read this book for in doing so you’ll be deeply blessed by Jeff’s gospel-centered teaching.

Buy the book from Amazon, or from WTS Books.

I received this book for free from Kregel for this review. I was not required to write a positive review. The opinions I have expressed are my own. I am disclosing this in accordance with the Federal Trade Commission’s 16 CFR, Part 255 : “Guides Concerning the Use of Endorsements and Testimonials in Advertising.”