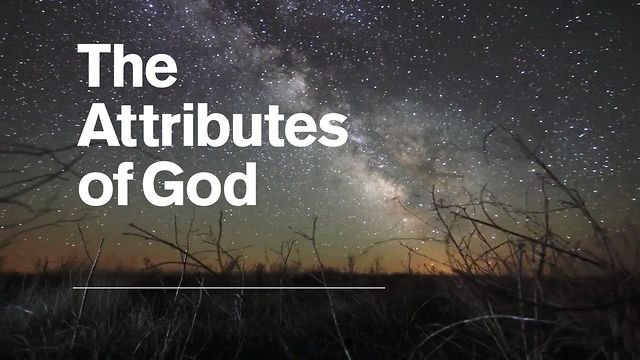 God’s Self Sufficiency: Embracing the Reality that God Doesn’t Need You

In 2009, my wife and I purchased a home in Atlanta, Georgia. Despite being a larger house in a nice neighborhood, it was what our realtor called “a handy man special.” It needed some serious TLC. The fact that dogs had used the walls to “mark” their territory and cigarette smoke seemed to hang around like an unwanted guest, made my wife initially refuse the deal. But I assured her of my (never-before-seen) carpentry skills and off we went—paint brush and all!

Trips to the local Home Depot soon began to drain my bank account. The items that needed repairing were like God’s mercies; they were new every morning. But Home Depot’s radio advertisement gave me the confidence I needed to get the job done: “You can do it; we can help.”

It’s a bad day, however, when the church begins to take its theology from a home improvement store. Instead of an unashamed affirmation of the Christian life being by grace alone, through faith alone, and in Christ alone, we have adopted a synergistic approach: you can do it; God can help.

The reality is that God doesn’t need us. God didn’t create the world, the oceans, the tigers, or people because he was desperately lonely or lacking. He didn’t create us to make up for a deficiency in his character or attributes. Rather, God is self-existent and self-sufficient. Theologians call this attribute of God his aseity.

The living and true God lacks no good thing. He isn’t advanced or improved by our existence or efforts. Moreover, God is not dependent upon his creation; rather he is independent from his creation. Michael Horton writes, “The world is not necessary for God’s being or happiness.”[1]

When the Apostle Paul addressed the Areopagus in Athens, he said, “The God who made the world and everything in it, being Lord of heaven and earth, does not live in temples made by man, nor is he served by human hands, as though he needed anything, since he himself gives to all mankind life and breath and everything” (Acts 17:24-25, emphasis added). We would do well to consider a theology and worship and ministry that sees God as self-sufficient, self-existent, and complete in all respects.

God’s Self-Sufficiency Seen in His Glory

Everything exists for the glory of God. He is the Creator and Sustainer of all things. “In him we live and move and have our being” (Acts 17:28). Paul writes, “For from him and through him and to him are all things. To him be glory forever” (Rom. 11:36). Peter concurs, “in order that in everything God may be glorified through Jesus Christ” (1 Pet. 4:11).

Jonathan Edwards (1703–1758) argued that the end (ultimate purpose) for which God created the world was for the praise of his glory. Thus, our chief end and God’s chief end are one and the same: to glorify God and to enjoy him forever (Westminster Shorter Catechism, Q. 1).

But a quick glance at the American Christian scene reveals something completely foreign to this. Many worship services seem to be more interested in entertainment than truth and more geared toward gimmicks than God. Much of the ministry and even counseling today seems to be more influenced by Dr. Phil than Jesus.

Even Christian music isn’t off the hook. The popular Christian song “Above All” references Christ’s death on the cross and states, “You took the fall and thought of me above all.” Jesus thought about me above all? News flash: Jesus didn’t save you because he has good taste; he saved you for the praise of his glory.

We can also see the impact of God’s self-sufficiency in worship. When we gather in worship each Lord’s Day, we don’t come bringing God something that he doesn’t already have. We are not making up for his perceived neediness. Rather, we come in worship as those like sheep—needy, hungry, dependent, and oftentimes wayward.

Worship reveals our greatest need, not the Shepherd’s. Worship is a reflection of God’s own greatness, with faith-filled reverence and joy, in the knowledge of his truth. God is complete in himself. When we worship him, we are not adding to his greatness, but rather expressing our satisfaction in him and his greatness.

God didn’t become loving only when he created Adam and Eve. His love has existed eternally between the persons of the Godhead—Father, Son, and Holy Spirit. Moreover, God didn’t become gracious only after the fall in Genesis 3. Rather, according to 2 Timothy 1:9, God “saved us and called us to a holy calling…because of his own purpose and grace, which he gave us in Christ Jesus before the ages began” (emphasis mine).

Our entry into God’s creation didn’t add to his attributes, but became an occasion, a platform, for the display and expression of his attributes. John Piper writes, “The love of God for sinners is not making much of them, but his graciously freeing and empowering them to enjoy making much of him.”[2]

International Mission Board president, David Platt, has noted that if every local church and ministry organization and denomination were to fall down and blow away, God would still make a great name for himself. We are called into God’s mission on earth not because he needs us, but because he loves us. May we recover a God-centered theology that sees him as complete in himself and self-sufficient and worship him as receivers of his sovereign grace.