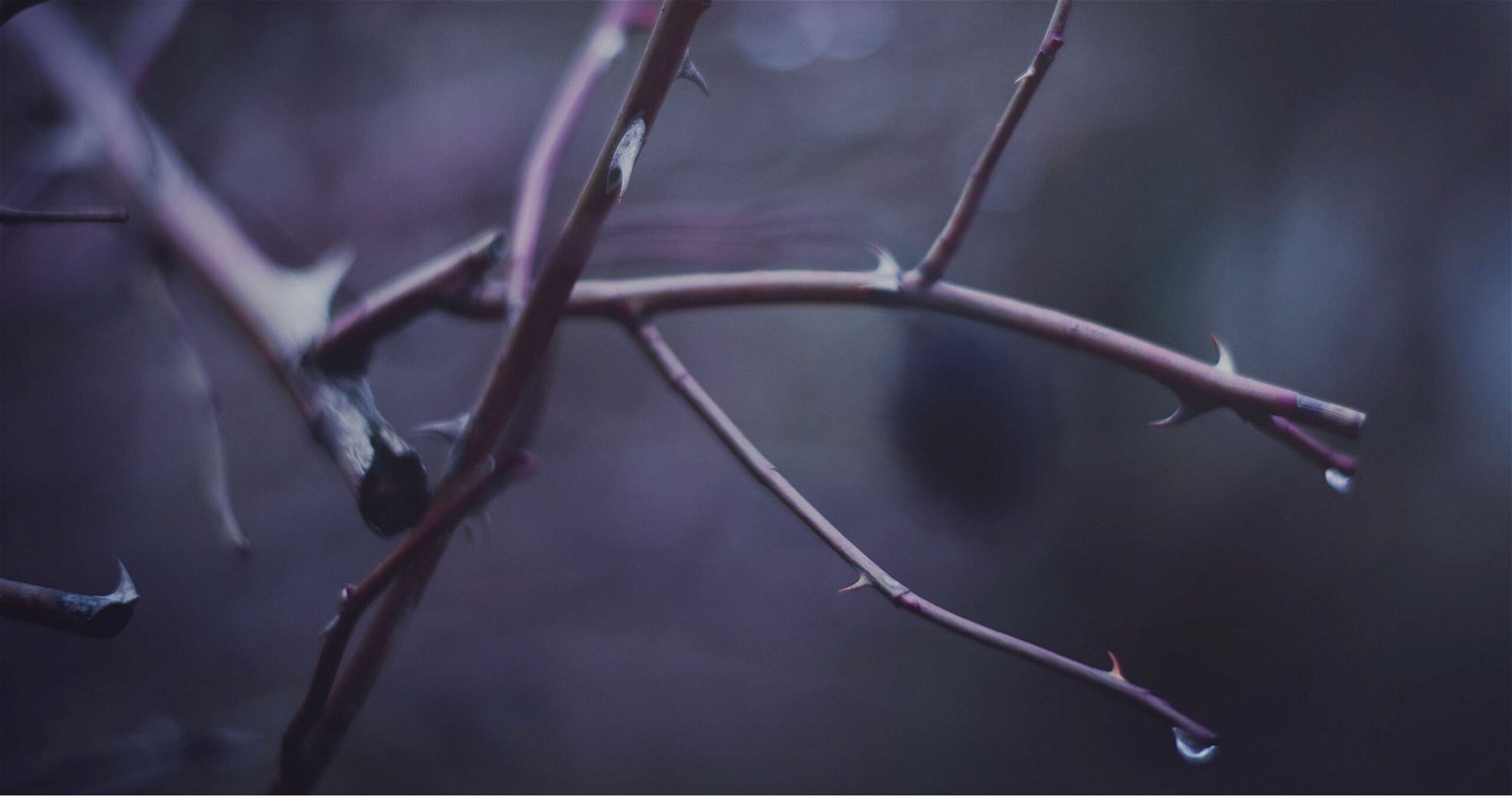 God’s Plan for Your Discontentment

Is the New Creation Really Breaking Forth?

Even now the new creation is breaking into the wilderness of our lives in this world. It happens when we identify with Jesus, when we become joined to Jesus in his death and resurrection. This is what Paul means when he says, “If anyone is in Christ, the new creation has come” (2 Cor. 5:17 NIV). It breaks into our lives and changes us from spiritually dead people into spiritually alive people, people who begin experiencing—in part now and in fullness forever—the unending, abundant, all-satisfying life that Adam and Eve would have enjoyed had they passed the probationary test of the tree in Eden.1

But even as I say that, perhaps you’re thinking, “Yes, that sounds good, but my life is still marked in many ways by wilderness, disappointment, discontentment, emptiness.” I get that. Mine is too. This reality makes us wonder if it is really possible to live in the wilderness of this world with any real sense of the new creation breaking in to our here and now. The apostle Paul’s experience of both the thorns of the wilderness and the contentment of the garden to come would suggest it is.

Paul’s way of expressing the pain in his life was, “I was given a thorn in my flesh” (2 Cor. 12:7 NIV). What was this thorn? We don’t know. What we do know is that it was far more than a slight discomfort. The Greek word he used for thorn refers to a stake—a sharpened wooden shaft used to impale someone. So whatever this thorn was, Paul felt impaled, pinned down, by it. He recounts his repeated pleading with God to take it away. Clearly, whatever it was, it brought unrelenting agony.

Know Why You Suffer

Most of us, when we suffer, ask why. But Paul didn’t ask why. He seemed to know exactly why the thorn in the flesh had been given to him and from where or—more precisely—from whom it came. Paul had been given a guided tour of paradise, the place where God dwells. Getting an advance glimpse of paradise is the kind of experience that could cause a person’s head to swell with spiritual pride. “So to keep me from becoming conceited because of the surpassing greatness of the revelations, a thorn was given me in the flesh” (2 Cor. 12:7). When Paul looked at the thorn, he saw the hand of God at work in his life, protecting him from using his incredible spiritual experience to make himself look good. But clearly that’s not all Paul saw in the thorn.

He also described the thorn in his flesh as “a messenger of Satan, to torment me” (NIV). Satan tormented Paul with the temptation to resent God for allowing the thorn to pierce his already pain-ridden life. He tormented Paul with the temptation to blame God and grow resentful. But it was clear to Paul that Satan was not ultimately in charge of the thorn. God, in his sovereign power, was at work using what Satan meant for evil for his own good purpose. Paul understood that God intended to use the thorn for a sanctifying purpose in his life.

But he still begged for the thorn to be removed, for the pain to stop. And I appreciate that. Even when we can see that God is using the hurts in our lives to accomplish something good in us, we still want the pain to stop. Paul begged God to take it away. And then he begged again. And then he begged again. And then he heard Jesus himself speak to him: “My grace is sufficient for you, for my power is made perfect in weakness” (2 Cor. 12:9).

Jesus’s answer to Paul’s righteous, rigorous, repeated prayer was not to take the thorn away but rather to provide Paul with enough grace to enable him to endure living with the thorn. Paul would experience divine power, not in the thorn being removed, but in its being redeemed. “Therefore I will boast all the more gladly of my weaknesses, so that the power of Christ may rest upon me,” Paul wrote (2 Cor. 12:9). Evidently this promise of “the power of Christ”—the same power that enabled Jesus to endure the cross, the same power that raised Jesus from the dead—coming to rest on him changed Paul’s perspective about the thorn that was to continue to be a reality in his life day by day. This new perspective enabled him to say, “For the sake of Christ, then, I am content with weaknesses, insults, hardships, persecutions, and calamities. For when I am weak, then I am strong” (2 Cor. 12:10). Contentment in the wilderness. Contentment for now in a land where thorns produce pain.

My friend, if you are weak—worn out from work, worn down by criticism, weary of constant demands or disappointments—if you have come to the end of yourself, if you’ve been emptied of your delusions of strength, you’re at just the right place to be filled with the goodness of God. You’re finally fillable. You’re fully dependent. There is room for the power of Christ to rest on you in such a way that it will give you the strength to be content even as you continue to live your life in the wilderness of this world.

“When I am weak, then I am strong.” This was the reality that shaped Paul’s life. But really Paul’s life was just being conformed to the pattern of Christ’s life. Jesus, the craftsman who made the world, entered into the wilderness of his world in weakness as an embryo in his mother’s womb. “He was despised and rejected by men; / a man of sorrows and acquainted with grief” (Isa. 53:3). Jesus was insulted. “Can anything good come out of Nazareth?” (John 1:46). Jesus experienced hardships. “Foxes have holes, and birds of the air have nests, but the Son of Man has nowhere to lay his head” (Luke 9:58). Jesus faced persecution. “Then they spit in his face and struck him. And some slapped him” (Matt. 26:67). Jesus experienced calamities. “[Herod] sent and had John beheaded in the prison. . . . Now when Jesus heard this, he withdrew from there in a boat to a desolate place by himself” (Matt. 14:10, 13).

You see, Jesus not only entered into the wilderness of this world; the wilderness of this world entered into him. Jesus had a thorn in the flesh—many thorns pressed into his tender flesh. And if Jesus experienced a thorn in the flesh, and we’ve said that it is our desire for our lives to be conformed to his, joined to his, why are we so surprised and even resentful when we feel the pain of a thorn in our flesh, when we experience the agonies of life lived in a world of wilderness?

People are so hungry for supernatural experiences—miracles of healing, visions and dreams, a personal word from God. Here is the supernatural experience that God has promised: the power of Christ coming down to rest on you, to fill you up, so that you can trust him when the worst thing you can imagine happens to you, so that you can be genuinely, if not yet perfectly, content even if he does not fill up the empty place in the way that you have longed for. At least not yet.

Contentment in the New Garden

You see, this is where the story of the Bible changes everything about your story, including the emptiness and discontentment in your story. The day is coming when thorns and thistles that are a tangible sign of the impact of the curse on this world, an ever-present part of living in the wilderness of this world, will be a thing of the past. Paul writes in Romans:

For the creation waits with eager longing for the revealing of the sons of God. For the creation was subjected to futility, not willingly, but because of him who subjected it, in hope that the creation itself will be set free from its bondage to corruption and obtain the freedom of the glory of the children of God. (Rom. 8:19–21)

The apostle John was allowed to see a vision of what the world will be like when creation is set free from its bondage to corruption, when it experiences the same resurrection and renewal our bodies will experience when Christ returns and raises us from our graves with bodies fit for living in the new earth. In the very last chapter of the Bible, which describes the first chapter of life in the new garden that we’ll be welcomed into, John tells us, “No longer will there be anything accursed” (Rev. 22:3). No more curse. No more thorns that bring pain. No more tohu wabohu (“without form and void”). The goodness and glory of a garden even better than Eden will extend to every corner of the earth. And the goodness of God will fill up every part of you. No more disappointment. No more discontentment. All the empty places will be filled up, all your deepest longings fulfilled.

This is a guest article by Nancy Guthrie, author of Even Better Than Eden: Nine Ways the Bible’s Story Changes Everything about Your Story. This post originally appeared on crossway.org; used with permission. 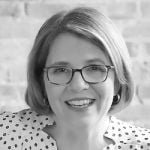