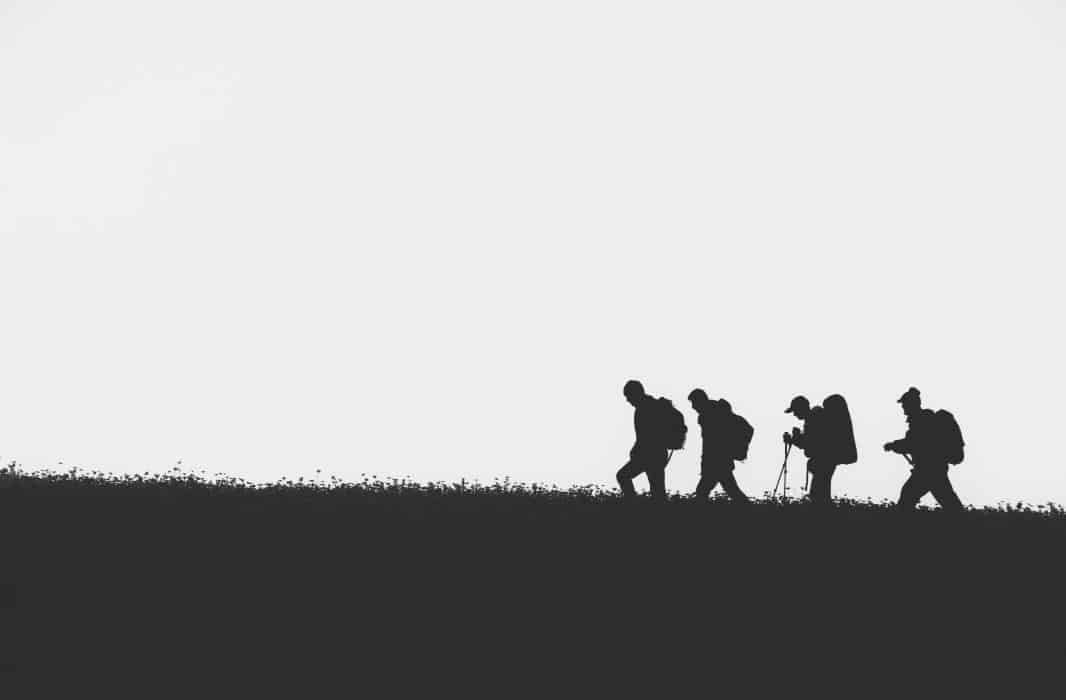 By David Steele
The Sovereignty of God: How Suffering and Justice Meet
Achilles was the Greek hero in Homer’s Iliad during the Trojan War who was killed by Paris with an arrow that struck his only vulnerable spot, his heel. So the Achilles heel is the vulnerable or susceptible spot. Critics of historic Christianity often point to the problem of evil and argue that it is the “weak spot” of our faith. Hence, the problem of evil is referred to as the Achilles heel of the Christian faith.

Ronald Nash writes, “Objections to theism come and go…But every philosopher I know believes that the most serious challenges to theism was, is, and will continue to be the problem of evil.”[1] Clearly, then, the problem of evil must be reckoned with and responded to in a way which is faithful to Scripture. Ignoring this thorny problem is unhelpful and only fuels the fire of the unbelieving world.

The apostle Paul was no stranger to pain. In his letter to the Corinthians, he recounts the intense suffering that he endured:

In Philippians 2:27-30, he describes how he battled sorrow and anxiety. And in 2nd Timothy 4:10 the Apostle laments the departure of Demas, who betrayed him.

The Portrait of Pain

2nd Corinthians 12:7 describes Paul’s pain: “So to keep me from becoming conceited because of the surpassing greatness of the revelations, a thorn was given me in the flesh, a messenger of Satan to harass me, to keep me from becoming conceited.” The Greek term which is translated thorn is a “wooden stake or splinter”. Scholars have long debated the exact nature of Paul’s thorn. Some people believe the thorn involved temptation. Others maintain this entailed a physical problem such as epilepsy or migraine headaches, or even a speech disability.

John MacArthur’s explanation appears to be the most plausible as he explains the Greek phrase, àggelos satanã, translated as “messenger of Satan”. MacArthur maintains that “it is possible that a demonized person was one of the ringleaders of the so-called Corinthians conspiracy and may have been the leader or the false apostles.”[4] In this case, Paul would have been ridiculed, mocked and tormented by this “messenger of Satan”. His reputation and credibility would have been called into question by this emissary of the evil one.

No matter what the “thorn” involved, we know from the context that it was deeply troubling to Paul; so much so that it led to an intense and prolonged season of prayer for deliverance. He did not want the “thorn” in his life (v. 8). Paul provides another clue concerning the nature of the thorn in verse 10. This thorn led to “weakness, insults, hardship, persecutions, and calamities.”

Are you familiar with the “thorn”? It comes in many shapes and sizes and may strike at any time. It could be a time of physical testing. It could involve persecution or the loss of a loved one. It could involve character assassination or the staging of a coup in your ministry or business. Whatever your “thorn” involves, it is never easy and usually entails pain and suffering of some kind.

The Purpose of Pain

The purpose of pain has to do with the revelation that Paul received and describes in verses 1-6. Specifically, the purpose of the thorn is to keep Paul from becoming conceited. The Greek word, translated conceited means “to exalt oneself or become haughty.” When God’s people become proud, haughty, or conceited, they become unfit vessels for God’s purposes (James 4:6-10; Isa. 66:2b).

Additionally, the purpose of the thorn is to harass the apostle. Harass means “to strike with the fist or cause difficulty.” The same word, translated harass is used in Matthew 26:67a: “Then they spit in this face and struck (kolafidzei) him.”

The Providence behind Pain

There is a fundamental reality we must come to grips with if we have any hopes of weathering the painful storms of life. Please understand that God ordains everything that comes into our lives, both the good and the bad. The Westminster Confession of Faith helps immensely at this point:

God, the great Creator of all things, doth uphold, direct, dispose, and govern all creatures, actions, and things, from the greatest even to the least, by his most wise and holy providence, according to his infallible foreknowledge, and the free and immutable counsel of his own will, to the praise of the glory of his wisdom, power, justice, goodness, and mercy.[5]

Although in relation to the foreknowledge and decree of God, the first cause, all things comes to pass immutably and infallibly, yet, by the same providence, he ordereth them to fall out according to the nature of second cause, either necessarily, freely, or contingently.[6]

Moreover, we must understand that in an ultimate sense, the thorn comes from the hand of God. That is, divine permission is given directly from God. Indeed, he is the “first cause” (Job 1:6-12). Job 42:11b bears this out: “And they showed him (Job) sympathy and comforted him for all the evil that the LORD had brought upon him.”

Yet, we understand that while God sovereignly ordains all things, He is never responsible for sin. He is praiseworthy for ordaining the events in our lives. The people who carry out acts of evil are blameworthy or accountable for the heinous and sinful acts they commit.

God’s response to this Paul’s passionate appeal is not only instructive but gives us a glimpse into His heart. Paul recounts what God said to him: “My grace is sufficient for you, for my power is made perfect in weakness” (2 Corinthians 12:9a).

God finds great delight in dispensing grace to weak people, especially people who have been burdened by the sting of suffering. Grace (Greek: cháris) is God’s loving-kindness and favor. It is His merciful kindness by which He exerts His holy influence on people, turning them to Christ, keeping them, strengthening them, and increasing them in the Christian faith.

The Scripture tells us that He is the God of all grace (1 Peter 5:10). He is the giver of grace (Psalm 84:11). He invites His people to the throne of grace (Hebrew 4:16). His grace is immeasurable and is expressed through Christ (Ephesians 2:7). His grace is glorious (Ephesians 1:6). And this grace that He takes such delight in dispensing to His people is sovereign (Romans 5:21).

Two important aspects of Paul’s perspective help us maintain our bearings when we endure a season of suffering. First, pay close attention to his rally cry: “Therefore I will boast all the more gladly of my weaknesses so that the power of Christ may rest upon me” (2 Corinthians 12:9b).

The rally cry of Paul leads us to a God-centeredness that we should emulate during times of both pain and prosperity. Paul’s only boast is in the cross (Galatians 6:14; 1 Corinthians 1:31). The reason for his “boast” is clearly marked out in verse 9: “so that the power of Christ may rest in me.”

But don’t miss his resolution: “For the sake of Christ, then, I am content with weaknesses, insults, hardships, persecutions, and calamities. For when I am weak, then I am strong” (2 Corinthians 12:10). The man who endured a season of bitter Providence and suffering was not only content in Christ; he was transformed into a strong man. This suffering saint defied conventional logic. Instead of being defeated by suffering, his life was revolutionized and he stood strong by God’s grace and for God’s glory.

Every Christ-follower must wrestle with the problem of evil. On one hand, we must refuse to minimize the severity of suffering. C.S. Lewis faced the problem of evil with realism and a clear-headed resolve. Speaking of the pain that every human being inevitably faces, he made this lament: “If I knew a way of escape I would crawl through the sewers to escape pain.”[7] Such is the attitude of a person who is open and honest about the pain in his life.

On the other hand, we must regard suffering as a tool that God sovereignly uses to strengthen us for his purposes. Paul’s suffering led to a deeper reliance on Christ, as we have seen. D.A. Carson remarks, “This is, at the end of the day, the ultimate test of our knowledge of God. Is it robust enough that, when faced with excruciating adversity, it may prompt us to last out with hard questions, but will never permit us to turn away from God?”[8] We too, are called to this kind of faith-filled response to God, especially during days of pain and suffering.

The Puritan, Richard Baxter, once said, “Suffering so unbolts the door of the heart, that the Word hath easier entrance.” Oh, that suffering would drive us to the Word and on our knees to worship our great God. May Paul serve as a model and inspiration when we face suffering and may we have the same rally cry and resolution—“For the sake of Christ, then, I am content with weaknesses, insults, hardships, persecutions, and calamities. For when I am weak, then I am strong” (2 Corinthians 12:10).

[3]       All Scripture references will be cited in the English Standard Version unless otherwise noted.