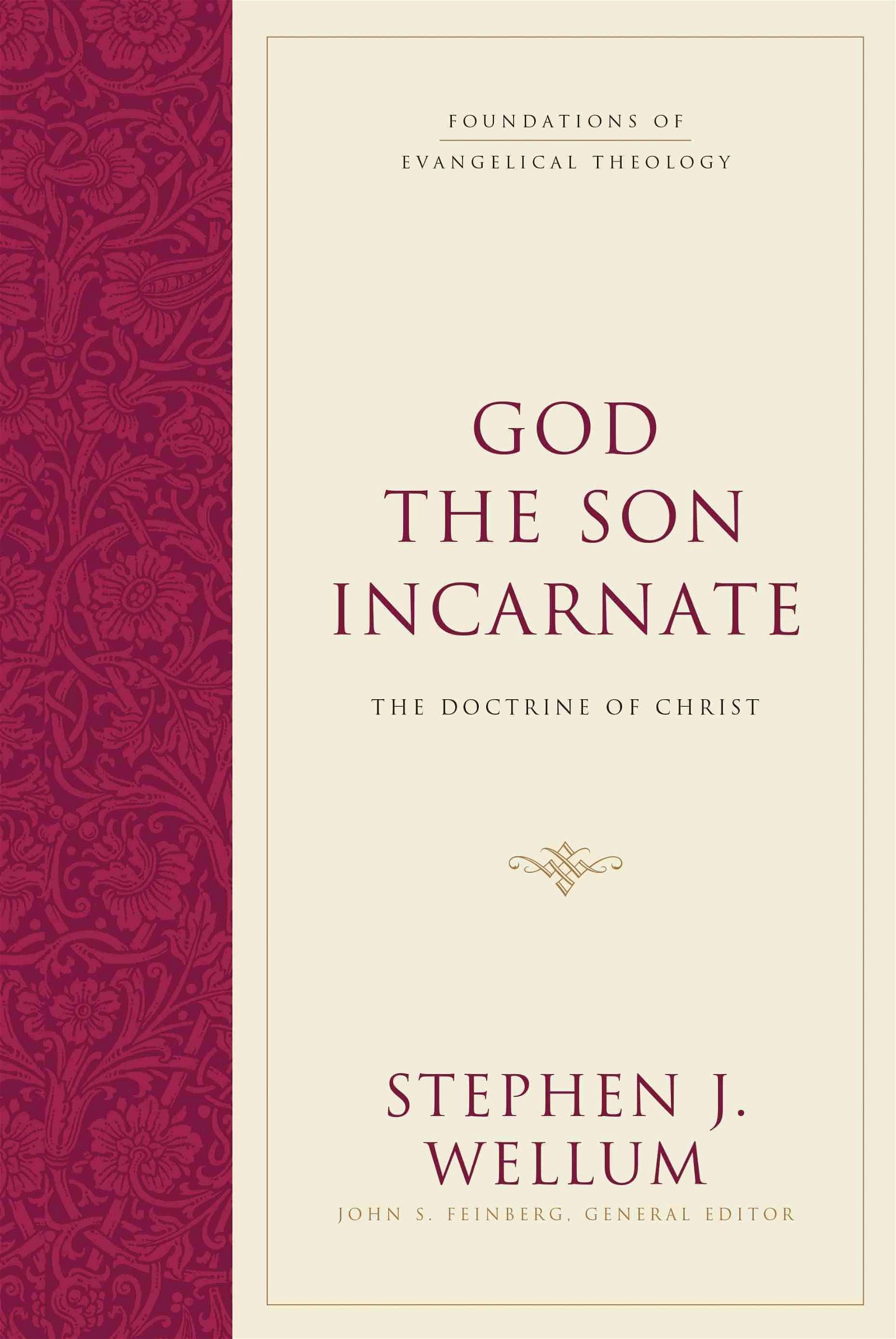 God the Son Incarnate by Stephen J. Wellum is the latest installment in the Foundations of Evangelical Theology Series. This outstanding series, edited by John Feinberg was first introduced with the publication of No One Like Him back in 2001.

The author notes that “Jesus himself understood and taught that both Scripture and God’s plan of salvation are Christocentric.” J.I. Packer adds, “Christology is the true hub round which the wheel of theology revolves, and to which its separate spokes must each be correctly anchored if the wheel is not to get bent.” Thus, the stakes could not be any higher as readers wrestle with the weight doctrines that concern the person and work of the Lord Jesus Christ.

The book contains four sections, each with a specific topic that relates to the overall matter of Christology:

The first part should be considered the theological rebar of the book. The author explores Christology and its relationship to the Enlightenment. After sufficiently exhausting some of the major challenges to a biblical Christology, Dr. Wellum presents a biblical epistemology that will serve readers well for the remainder of the book.

The biblical plot line is presented (creation, fall, redemption, consummation) which gives readers a helpful overview and places Christology in its proper theological context. The concept of “kingdom through covenant” is discussed which ultimately leads to a rigorous discussion of Christology.

Once the biblical and theological parameters are in place, the author moves forward and discusses the self-identity of Jesus. From there, some of the crucial Christological data is ready to be revealed, including the deity and humanity of Christ and the incarnation.

Part three includes some of the weighty matters that surround the discipline of Christology including the nature-person distinction and the Ante-Nicene Christological formulation.

Part 4: A Warranted Christology for Today

The final section discusses some of the more recent Christological controversies, most notably the problem of the so-called kenosis. Dr. Wellum fairly evaluates kenoticism, alerting readers to the many problems it contains.

Dr. Wellum nicely summarizes his work: “Ultimately, the thesis of this entire work is one theological conclusion with many parts. Based on the warrant and critique of the previous chapters, we must confess that the identity of the Jesus of the Bible is that he is God the Son incarnate.”

God, the Son Incarnate, is a much-needed work as the doctrinal winds continue to blow in every direction, which threaten the biblical and historical-Christological. This work is a bulwark of certainty and a promoter of praise. My prayer is that it receives a wide readership, both in the church as well as the academy.