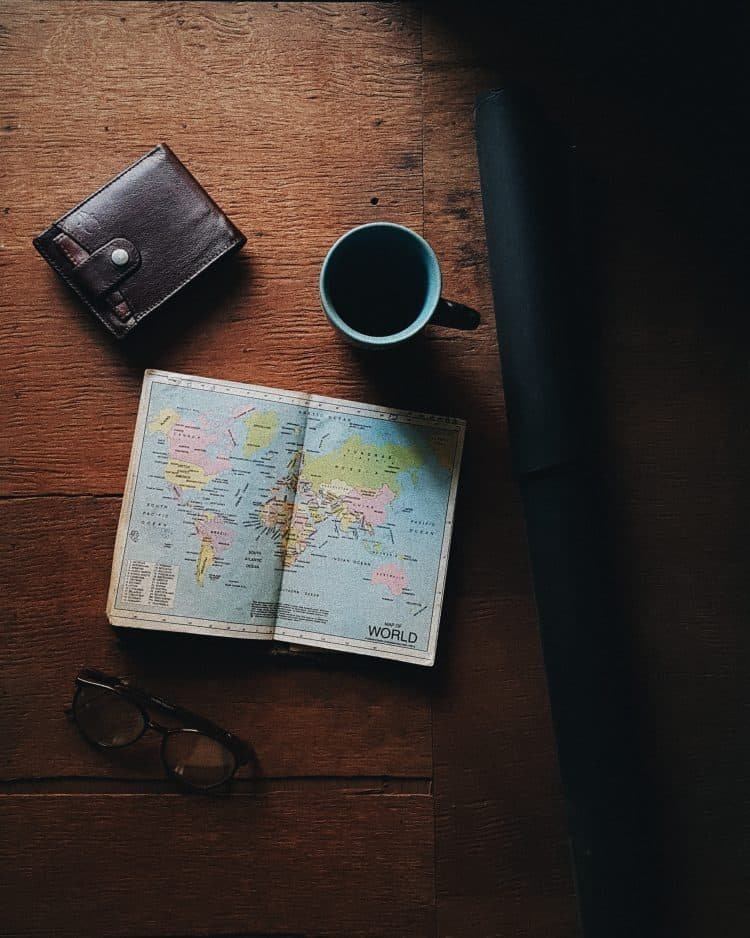 God Glasses: Your View of God Affects Everything

by Justin Huffman | Feb 4, 2019 | The Gospel and the Christian Life, Featured

Not too long ago I came across a comment in cyberspace that illustrates just how much our generation has limited God in our own perception and discussion of him.

A Christian in the United Kingdom had posted a comment to an online news article on flooding in a third-world country, expressing her concern and that she would be praying for those affected. Someone soon afterward posted the following query: “You were praying for God to stop the rain in another part of the world? Just how big do you think God is, anyway?”

Even from this brief exchange, we see clearly that different views of God will vastly impact our understanding of, and interaction with, the world around us. If we don’t think God is big enough to hear a prayer on one side of the planet and answer it on the other side of the planet by altering the weather in a certain region, obviously we won’t bother praying for such things.

It is for this reason that we, as Christians, must carefully guard our own thoughts about, and perceptions of, God.

We must be vigilant to maintain a high view of God, as he is revealed in his Word the Bible, in order that our worship, prayers, obedience, gratitude—and every other action and thought—emanates from a view of the world that is influenced by correctly-tinted “God glasses.” If our view of God is small, then our response to him will be proportionate.

How, then, can we describe the greatness of the God of the Bible? We might begin with words like massive, huge, gargantuan, humongous, enormous, gigantic, or immense. But we might use these words to describe a jumbo jet, or a football player, or even a submarine sandwich. Perhaps it is better to start with words like indescribable, incomprehensible, unfathomable (Job 9:10; Romans 11:33; Ephesians 3:8).

God is bigger and better than our best words and thoughts.

And, yet, even as we speak of the unspeakable greatness of God, we must be careful not let our perception of him wander into the vague and misty regions of our minds occupied by many other things we might not fully be able to understand or articulate.

God is not, for instance, like higher mathematics, which you may not be able to understand (although someone probably does) and which you can get by in daily life just fine without ever knowing or understanding. God is not unutterable because he is a hazy “out-there” being that, if he exists, need not affect our “right-here” lives.

As C.S. Lewis observed of God’s greatness, “At all costs He must not be thought of as a featureless generality… He is the most concrete thing there is, the most individual… He is unspeakable not by being indefinite but by being too definite for the unavoidable vagueness of language.” In other words, there is nothing more important, more concrete, than studying to better know our incomprehensible God, to better understand our unfathomable God, and to better discern our indescribable God.

Scientists estimate that we humans cannot directly conceive any distance above about 600 yards, which is where we sub-consciously place the horizon. If this is even close to a true estimation of our feeble abilities, it clearly explains why we should not limit God to our own perceptions and reasoning about him because we are extremely limited in ourselves.

Did you know that scientists speculate (because we obviously don’t know for sure) that we have yet to discover most of the earth’s species? In fact, they say we have documented as little as 10 to 20 percent of living things.

How can we expect to know and understand our world if we use our own feeble knowledge source as the starting point?

Conversely, if we start off in our thinking about the world by building on the foundation of our great God and his perfect revelation, we will be light-years ahead in our perception of reality.

Consider an article posted on Yahoo some time back, entitled: “The Appendix: Useful and In Fact Promising.” The article begins with this recent discovery and related observations:

The body’s appendix has long been thought of as nothing more than a worthless evolutionary artifact, good for nothing save a potentially lethal case of inflammation.

Now researchers suggest the appendix is a lot more than a useless remnant. Not only was it recently proposed to actually possess a critical function, but scientists now find it appears in nature a lot more often than before thought. And it’s possible some of this organ’s ancient uses could be recruited by physicians to help the human body fight disease more effectively.

In a way, the idea that the appendix is an organ whose time has passed has itself become a concept whose time is over.

If these same scientists had begun their research years ago with an understanding of God’s Word, and its description of a purposeful and wise Creator, then we would have discovered the usefulness of the appendix long before because we would have assumed the Designer put it there for a purpose. Conversely, when we start off with our own feeble theories of “vestigial organs” from a hypothetical evolutionary process, then we are greatly inhibited in our truth finding and discovery making.

As a relatively minor example of the unnecessary pain that ignoring the greatness of God brings, doctors have routinely been removing appendixes for years, even when there was no inflammation because they assumed it had no useful function or purpose.

The lesson we should learn? We are all small, God is great, and we, therefore, should listen to his wisdom, commands, and revelation in order that we might grow in our own joy and understanding of the world around us.

What is most important to understand about God, however, is that he is so big and so great that he is inexpressibly intimate. He cares about the details in each individual’s life.

The most impressive thing about God is not that God fills the earth with his wisdom, might, and care but that he fills the big, empty spaces—like the space left by a husband or child who has been lost, by popularity or profit forfeited in order to follow Christ, by dreams lost because they were submitted to Christ.

God is so big, beloved, that he is even able to fill the big, empty places in you.

As every drug-addicted celebrity testifies, there is no amount of fame or wealth or pleasure can fully satisfy the eternal human soul. But God is eternally able and infinitely sufficient to satisfy the deepest needs, the largest holes, the greatest desires you will ever muster.

As Thomas A Kempis observed, “God alone satisfies.” No wonder Paul prayed, “May the God of hope fill you with all joy and peace in believing, so that by the power of the Holy Spirit you may abound in hope” (Romans 15:13).