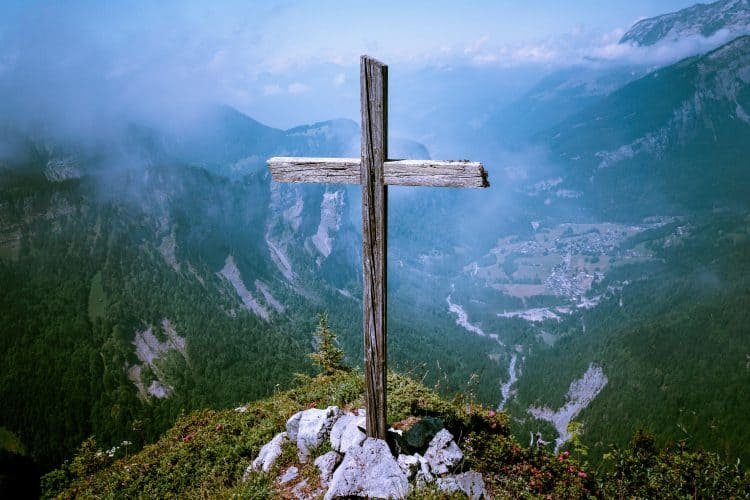 The Glory of Jesus in the Wilderness

Matthew 4 records an intense and supernatural conflict, as Satan seeks to tempt Jesus in the wilderness. Although the language Matthew uses suggests that Satan was constantly testing Jesus for forty days and forty nights, three temptations are mentioned specifically. And of those three, it seems perhaps that the third of Jesus’ wilderness temptations is the climax of Satan’s arsenal, a completely unique temptation in which Satan supernaturally shows Jesus “all the kingdoms of the world”—Egypt, Rome, perhaps even the United States to come—and offers all these to Jesus as a gift, in exchange for Jesus’ worship: “All these I will give you, if you will fall down and worship me.”

It is clear that Satan is pulling out all the stops with this temptation, emptying his entire bag of tricks in one final, Earth-sized temptation. Why?

The two parallel accounts in Matthew and Luke both indicate that this is the only temptation not prefaced with the words: “If you are the Son of God…” It is also interesting that these temptations immediately follow Jesus’ baptism, which included the public approval of the Father and Holy Spirit and which initiated his public ministry.

Perhaps Satan, who clearly has a thorough knowledge of the Scriptures, was suddenly and terrifyingly aware that the foretold Messiah might indeed be here! And, as each carefully crafted temptation was rebuffed by Jesus, a horrible suspicion was growing in Satan’s mind. And so—after warming up with some lesser temptations which Jesus passed with flying colors—Satan gives a final, all-out test to this One he now believes to be the Son of God, hoping to ruin him as he did Adam long before.

Perhaps the two emptiest promises in all of Scripture are 1) Belshazzar’s promise to Daniel that he will be given a high-ranking position in the kingdom upon interpreting the handwriting on the wall (when Daniel knows that it is a prophecy of impending doom for Babylon), and 2) Satan’s promise to Jesus of all the kingdoms of the world.

Of course, if Jesus had not been the holy, spotless, impeccable Lamb of God, this would have been the mother of all temptations! It was basically everything that humans long for in our flesh—fame, success, wealth, power. However, Jesus—like Daniel—knew the proffered gift would be short-lived at best. This earth is soon to burn up, and the new heavens and the new earth will be Jesus’ to reign over forever.

Trading in his rightful position as eternal ruler of heaven and earth for what basically amounted to the Number Two position in a perishing world was not quite the enticing bait that Satan intended for it to be… but it was everything he had to offer! Likewise, if we could only see through God’s eyes, we would recognize the vanity and frailty even of Satan’s greatest promises and come to realize beforehand, like Solomon bitterly acknowledged afterward, that it is all “vanity of vanities.”

However, there was a certain appeal to Satan’s promise, perhaps, to which you and I can very much relate. A Messianic psalm had proclaimed that “all the families of the nations shall worship before you” (Psalm 22:27); but Satan offered this potential Messiah a counterfeit version of the same promise, only faster and without any suffering required. All Jesus had to do, Satan suggested, was agree to worship him, the current “prince of this world,” and it would be Jesus’ to rule from now on.

The temptation was one we face on a daily basis: to give up the continual and difficult life of holy living in a sinful world in order to enjoy the momentary and immediate pleasures of sin. Don’t you ever just feel like quitting? Don’t you sometimes wonder if it is worth it to suffer so much deprivation for the sake of sanctification?

We all, I think, know what it is to be a little envious, like Asaph in Psalm 73, of the hear-and-now prosperity of the wicked. But what an inspiration Jesus is to us to continue on! Observing his steadfastness in the wilderness makes me want to suffer joyfully and faithfully to his glory, to the end.

Did Satan think that the Son of God had come for immediate glory and for selfish pleasure? How blind his greed was to the selfless love of God’s Son, giving up the glory of heaven, which Satan had grasped at, for the sake of others!

Several years ago when I was doing some inner-city ministry in Memphis, Tennessee, I was approached by a drunk and belligerent Muslim man who saw that I was carrying a Bible. He loudly declared his belief that Jesus was a good prophet, but went on to insist that he was not God. If he had been, the man declared, Satan could not have offered him the kingdoms of this world as a prize.

After his brief monologue, the man walked away without even wanting to hear any answer. However, there is a plain and convincing truth that this man was missing. The fact that Satan tempted Jesus with everything he had to offer—and yet Jesus came through the temptation without even a hesitation or doubt—proved, even to Satan, that this was indeed the Son of God!

Never before, in the 30 years preceding Jesus’ baptism and public ministry, are we ever told that the demons knew or announced him as the Holy One of God. However, the news of his presence seems to have spread like wildfire through the spiritual world upon the conclusion of the wilderness temptations.

Soon afterward the legion of demons possessing the wild Gadarene would cry out: “What have you to do with us, O Son of God? Have you come here to torment us before the time?” (Matthew 8:29). Mark then tells us, “Whenever the unclean spirits saw him, they fell down before him and cried out, ‘You are the Son of God’” (Mark 3:11). And Luke records that “demons also came out of many, crying, ‘You are the Son of God!’ But he rebuked them and would not allow them to speak, because they knew that he was the Christ” (Luke 4:41).

No matter what humans may still dare to assert otherwise, the demons clearly knew that Jesus was the Christ foretold in the Old Testament, the “mighty God” of Isaiah 9.

An Occasion to Glory

In case these wilderness temptations of Jesus seem to you to be a merely a mental, logical, or theological battle that differs from our own experience and temptations to sin, remember that this battle was not simply about knowledge of, but trust in, God’s Word. Any pull on our physical desires, any unbiblical guidance, or any offers of promotion in exchange for our devotion are still the temptations of Satan today.

Jesus, in facing these very same temptations, did not resort to the legions of angels which he had at his disposal, or even to his omnipotence as God the Son; rather he submitted to the Spirit’s leading (Matthew 4:1) and to the authority and trustworthiness of God’s Word—both of which are still available to us today.

In these wilderness temptations we should see, then, not only the trustworthiness of Scripture, but the faithfulness, glory, and trustworthiness of the Son of God himself! He has proven himself to be the Christ, the Lamb of God, the Redeemer and successful Savior who came to earth to crush Satan’s head and set his people free.