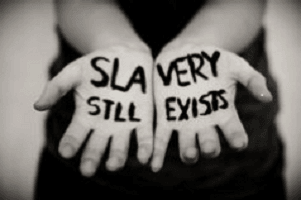 Ghislaine Maxwell, Sex Trafficking in America, and What We Can Do About It

Who is Ghislaine Maxwell?

One case that has gotten a lot of attention in recent days in the national media is that of Ghislaine Maxwell. Maxwell is the former girlfriend of the now deceased and disgraced Jeffrey Epstein, who was found dead (under questionable circumstances) in his jail cell in Manhattan, New York, on August 10, 2019, while awaiting trial on sex trafficking charges. Maxwell has been charged with conspiracy and perjury in a multi-state sex trafficking ring involving unnamed minors (and Virginia Giuffre) between 1994-1997. Further, she is accused of recruiting and grooming Epstein’s victims, while also abusing sexually some of them herself. She has consistently denied she did any of the things of which she is accused. If Maxwell is convicted, she faces up to thirty-five years in jail. Her next court date will be in the court of appeals on September 22nd, 2020. Maxwell’s case is an important one because it has opened people’s eyes to the substantial problem of sex trafficking in America (and the world abroad).

The Problem of Sex Tracking in America

In June 2020, the Department of State for the United States of America released a report titled, Trafficking In Persons Report. The report, in summary, very briefly aims to disclose the following:

According to the Bureau of Justice, of the human trafficking cases reported between January 2008 and June 2010, sex trafficking victims were more likely to be white (26%) or black (40%), compared to labor trafficking victims, who were more likely to be Hispanic (63%) or Asian (17%). The World Population Review, for example, tells us that California has the highest human trafficking rates in the US, with 1,507 cases in 2019. One thousand one hundred eighteen of these cases were sex trafficking, which focused on illicit massages, spa business, and hotel or motel based. Of the cases reported, 1,290 were female, 149 were male, and 10 were gender minorities.

How is Sex Trafficking Related to Pornography?

One of the significant factors that America contributes to in regards to sex trafficking is that the US is the largest producer and consumer of pornography in the world. Both the production and consumption of pornography feeds into the demand for sex trafficking in the United States. With that said, it isn’t only men who are the perpetrators of sex trafficking, but also women (although to a lesser degree). These can be family members, family friends, boyfriends, girlfriends, and “professionals” (such as coaches, therapists, teachers, etc.), for example. Sexual abusers coerce children into sex trafficking.

You might assume that going to a pornographic website and being just a ‘consumer’ is okay, and that it doesn’t harm anyone. After all, it’s just you and the content you are viewing online. But the content online isn’t like the news where you gather information and then either discard it or research it further. Behind pornography, the videos or images are real people—often underage people—and producers who shoot the recording and edit it. By looking at pornography, you are supporting the slavery of men and women, boys and girls. You are part of the problem, rather than the solution, concerning sex trafficking in our country.

According to the International Labor Organizations 4.8 million people are trapped or forced into sexual exploitation globally and $99 billion is generated annually from commercial sexual exploitation alone. In one survey from Thorn, 63% of underage sex trafficking victims said they had been advertised or sold online. According to anti-trafficking nonprofit, Rescue:Freedom, in 9 countries, 49% of sexually exploited women said that pornography was made of them while they were being sold for sex. 80% of survivors’ report that their customers showed them pornography to illustrate the kinds of sexual acts they want performed.

Dear reader, by looking at pornography on your smartphone or laptop, you are perpetuating the sex trafficking industry. I urge you to stop looking at pornography, because the pornography industry feeds into the sex trafficking industry that makes billions of dollars each year. If nothing else, stop being part of the problem. And if your heart breaks at the idea of children (some only just born) being abused, tortured, and killed for someone else’s sick pleasure, then read on and find out how you can help.

What Can I Do to Help?

The fight for human dignity in our world is very real, and it’s on display through the fight against sex trafficking. As a Christian, I believe that every person is made in the image and likeness of God and is therefore deserving of dignity, value, and respect. Furthermore, as a Christian, I believe that everyone is a sinner by nature and choice, in need of the redemption, which only Jesus can provide, since he is the only Savior. If you are struggling with the idea of turning away from pornography, or other sin in your life, you need not continue to do so. You can turn from pornography and sex trafficking, whether you are a producer or consumer of it, for there is hope in Jesus Christ alone.

Sex trafficking is entirely possible to end. We don’t know how the Maxwell case (or other cases similar to it) will end. It is easy to despair and think there is nothing to be done about such things; but what you need to understand is that your voice matters. Rather than being silent about sex trafficking, you need to speak up. At the very least, you can be a voice for change. There are innocent children and adults trapped and/or held captive all around our country and the world today.

Every life is vital to our civilization, so I urge you today to speak up—whether you do so in person or on social media—and take courage, because in speaking out, you are standing with children (and adults) who are precious in the eyes of the Lord, just as you are. Also consider not only speaking out, but getting involved with Operation Under Railroad (OUR), Destiny Rescue, or another anti-trafficking organization. Lastly, and most importantly, please pray for the families and victims of sex trafficking.