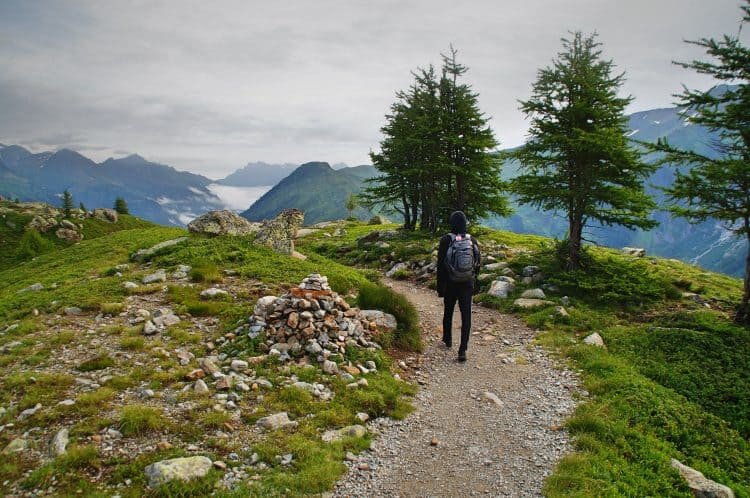 From Ordinary to Extraordinary: A Journey with Timothy in the Pastoral Epistles

In a world where amazing athletes, marvelous musicians, and incredible intellects are daily displayed in national and international media, it is easy to begin thinking that the ordinary person has little or no mark to make in this world. After all, no matter how much teachers or talk show hosts insist that you can do anything if you just believe or work hard enough, you probably will never have a 48-inch vertical jump like Michael Jordan or a 210 IQ like physicist Kim Ung-yong (“genius” is considered anything over 140), and for most of us it’s already too late to compose our first symphony at the age of eight like Mozart.

Even in the Bible, it is clear that some of its heroes are unusually gifted: few of us can benchpress a city gate like Samson, or quote the entire Old Testament from memory like Paul probably could. And please don’t ask me to interpret your dreams for you like Joseph, as my best guess has to do with the pizza you ate the night before.

This is why I love to think about the young man Timothy, to whom Paul writes two letters which are included in the New Testament. Timothy does not seem to be a person of off-the-charts ability or even personality.

“Most readers find Timothy a very congenial character. We feel that he is one of us in all our frailty. He was very far from being a stained-glass saint. A halo would not have fitted comfortably on his head. No, the evidence is plain that he was a real human being like us, with all the infirmity and vulnerability which that entails… These… handicaps might have been thought to disqualify him from taking charge of the churches in and around Ephesus. But they endear him to us, and the grace of God was sufficient for his need:

When I preached through the book of 1 Timothy a few years ago, I admit I was at first concerned about making a “pastoral epistle,” written to a preacher and telling him how to do his job, feel relevant for everyone.  Then it struck me there is hardly a more sympathetic, relatable, everyman character in the New Testament than “Tim” as we might call him.

In fact, there are at least four ways in which Timothy resembled most Christians you’ve probably met.

First, Timothy seems to have been relatively young (1 Ti 4:12; 2 Ti 2:22). Do you struggle with peer pressure and desire to fit in? With purity in your thought-life? Respect for authority or older people? Competitiveness with other young men or women?

Then you will relate to many issues Paul addresses with Timothy: “Do not rebuke an older man but encourage him as you would a father, younger men as brothers, older women as mothers, younger women as sisters, in all purity” (1 Ti 5:1-2).

Second, Timothy seems not to have had an ideal home situation. Timothy’s father was a heathen Gentile, while Scripture suggests his mother Eunice and grandmother Lois were Jewish converts who taught him Scripture from his youth (2 Ti 1:5; 3:15).

Are you a discouraged, exhausted single parent? The only Christian parent in your home? The grandparent of an unbelieving or prodigal grandchild? Too often we assume too much about the world of New Testament Christians—it was rarely, if ever, idyllic! If you are in a less-than-perfect home situation, don’t despair, don’t give up! Be like Eunice and Lois, and remember what Paul says of their training Timothy: “From childhood, you have been acquainted with the sacred writings, which are able to make you wise for salvation through faith in Christ Jesus” (2 Timothy 3:15). How many hours of training, how many tearful prayers are summarized in that one verse!

On the other hand, if you are on the Timothy-like side of a similar situation—with unbelieving influences in your family—then know that God has formed many useful servants for his kingdom in spite of challenging backgrounds.

Third, Timothy seems to have wrestled with fear and timidity. When Paul wrote to the Corinthians, he warned them that, if Timothy came to them, “See that you put him at ease among you” (1 Co 16:10). In other words, don’t intimidate the poor boy! It seems Timothy struggled with timidity, and specifically the fear of what others would think—which seems to be hinted at in 1 Timothy 4:12, but is more explicit in 2 Timothy 1:7-8:

“God gave us a spirit not of fear but of power and love and self-control. Therefore do not be ashamed of the testimony about our Lord, nor of me his prisoner, but share in suffering for the gospel by the power of God.”

Whether Timothy was a particularly shy person, or just wrestled with the fear of man like we all do, we can certainly see ourselves in him. Because whether we relate to Timothy’s specific personality or problems is beside the point. Whether you are afraid of tornadoes or public talks, of being ignored or being alone, of failure or of the future, it all has the same root cause: unbelief. A lack of faith in the sufficiency and trustworthiness of Jesus Christ. And that’s something to which we can all relate.

Fourth, Timothy seems to have had frequent physical ailments (1 Ti 5:23). Have you struggled with chronic illness? Despaired of a close walk with God in the midst of constant personal pain or discomfort? Then make Timothy your personal, biblical role-model!

Because, although he seems to have been ordinary in his makeup and gifting, Timothy made an extraordinary impact on the kingdom of God.

Timothy Made an Eternal Mark

Paul the apostle himself, who was as well-traveled among the early Christians as anyone, says of Timothy in Philippians 2:19-22:

I hope in the Lord Jesus to send Timothy to you soon, so that I too may be cheered by news of you. For I have no one like him, who will be genuinely concerned for your welfare. For they all seek their own interests, not those of Jesus Christ. But you know Timothy’s proven worth, how as a son with a father he has served with me in the gospel.

This may seem to be an exaggeration on Paul’s part until we consider just how much Timothy’s ministry mattered.

In other words, 12 New Testament books mention Timothy by name, and 11 of the 13 letters that are signed by Paul.

The only Pauline epistles his name doesn’t appear in are Ephesians and Titus (written to Titus, obviously). And even in Ephesus, Timothy is involved in the initial church plant, and is Paul’s ambassador to Ephesus when Paul writes 1 Timothy to him!

Another way to consider his impact, though, is from a less glamorous angle: not how often his name comes up, but the intimacy and love and appreciation Paul expresses for him. Take, for instance, 2 Timothy 3:10-11, were Paul says Timothy had “followed my teaching, my conduct, my aim in life, my faith, my patience, my love, my steadfastness, my persecutions and sufferings that happened to me.”

It seems safe to say no human being knew the apostle Paul better than Timothy. He was an early disciple of Paul’s, joined him early in the ministry, and Paul’s last letter is to Timothy and includes a request for Timothy to come to him personally and minister to him as he faces martyrdom. In fact, although Paul could truthfully say of himself, “I worked harder than any of them,” one is made to wonder how much of Paul’s faithful and productive ministry was dependent upon the faithful, productive ministry of Timothy.

To sum it up, Timothy was just like every Christian—ordinary people with extraordinary opportunities to make an eternally significant impact with their lives!

The transformation in Timothy was not just from ordinary to extraordinary, but from natural to supernatural. And the same Spirit of God that began and continued in Timothy throughout his life is living and moving and working in every Christian.

As one Bible student observes:

“How encouraging it is to see the mission of the church being committed to ordinary people. Retiring. Perhaps a bit shy. Sincere, but uncomfortable with opposition, and all too often unable to cope. Just ordinary people, like you and me. Yet Christ’s church has endured… from generation to generation.”