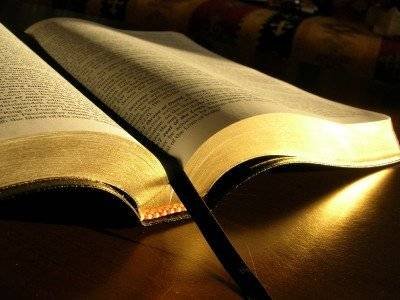 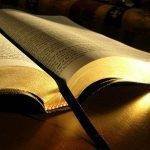 In last post, I sought to introduce a subject that I realized would be entirely new to some. Knowing this, I thought that it might be beneficial to give a few more examples of how Jesus would have read the Old Testament as the Covenant revelation of God written to Him. Many have come to the right understanding that the Old Testament is about Christ, but have perhaps not yet come to see that the Old Testament was written to Jesus–as the Old Covenant mediator, second Adam and Covenant-keeping, representative Israelite. In addition to the ten categories mentioned in the former post, here are five more to help us come to a fuller understanding of this subject:

1. Jesus understood that God the Father spoke to Him in the Old Testament about His eternal and Divine nature, work, and reward. Some might object, at this point, that Jesus wouldn’t have needed such a revelation since He was the eternal God in His Divine nature. However, the Father said to the Son at His baptism, “You Are My Beloved Son, in whom I am well pleased” (Luke 3:22). No one would dream of suggesting that Jesus, in His human nature, didn’t need this word from His Father in the days of His flesh. He certainly needed it to help carry Him through the fierce temptations of the devil in the wilderness. When Satan came with the threefold, “If You are the Son of God…” we must conclude that he was tempting Jesus on the basis of the declaration that Jesus received from the Father at His baptism. It was only as Jesus held fast to the word of His Father about His Person–and to what God had said in Deuteronomy to the typological Son of God (Israel – Ex. 4:22) in the wilderness–that He was able to overcome the attacks of the evil one.

In the same way, we find the Father speaking to the Son about His Divine nature in the Old Testament. Hebrews 1:4-14 makes this point explicitly and abundantly clear. There, the writer of Hebrews pulls four examples from the Old Testament in which the Father tells the Son, “You are My Son…(Ps. 2:7);” “Your throne, O God, is forever and ever…(Ps 45:6-7);” “You, LORD, in the beginning laid the foundations of the world…(Ps 102:25-27);” and “Sit at My right hand…(Ps 110:1).” These are words written from the Father to the Son in the Old Testament. While we can be confident that the Father spoke these words to the Son as to His divine nature in the counsels of eternity, we can be equally confident that Jesus read these at declarations from His Father to Him about His Divine nature in order to carry Him on in His Messianic work.

2. Jesus understood that He needed His Father to teach him His will so that He might be the perfect counsellor/teacher of His people. We find this taught in Isaiah 50:4-5 where the Spirit of Christ, speaking through Isaiah, spoke of His need to be woken every morning to hear from His Father. We must conclude that the “learning” Servant, is one and the same with the suffering Servant of Isaiah 53. Here, the Son of God, foretold the experience He would have in the days of HIs incarnation. This would be a further development of the idea that Jesus “grew in wisdom and stature, and in favor with both God and man” (Luke 2:41 and 50).

4. Jesus understood that He was the Son of David who would forever sit on the throne of God and rule over His people. When Jesus read the covenant promises to David, or any subsequent Kingdom narrative or prophecy, He understood that it was all to be fulfilled by Him. Jesus understood, that by finishing the work of redemption, His Father was going to give Him an everlasting Kingdom. Jesus would have read the narrative of David’s life as typological of His own ministry in establishing the Kingdom. Kingdom prophecies like Daniel 7:13-14 would have further shaped Jesus’ own understanding of what He was sent into the world to accomplish and receive. In this sense, we can say that the prophecies about what it would mean for Him to be the King, establish the Kingdom and rule in victory were all–first and foremost–written for Jesus to fulfill the destiny to which He was appointed by His Father.

5. (Closely connected to point #4 in the previous post) Jesus understood that all the punishments that God foretold in the Old Testament would fall on Him as He would be the substitute of His people. He knew that He would be the Passover Lamb that was slain for His people. He knew that He would be the ram caught in the thicket that served as a substitute for Isaac. He knew that He was to be the scapegoat on which judgment fell, as well as the scapegoat that was sent into the wilderness. Jesus knew that all of the animals in the Old Testament were symbolic of His substitutionary, atoning death on the cross. When Jesus read about the cup of God’s wrath in the Psalms, Isaiah and Jeremiah, He read them conscious that He would step in the place of His people and drink the cup for them. This explains why He alluded to the “cup” symbolism in the Garden of Gethsemane when He prayed to His Father.