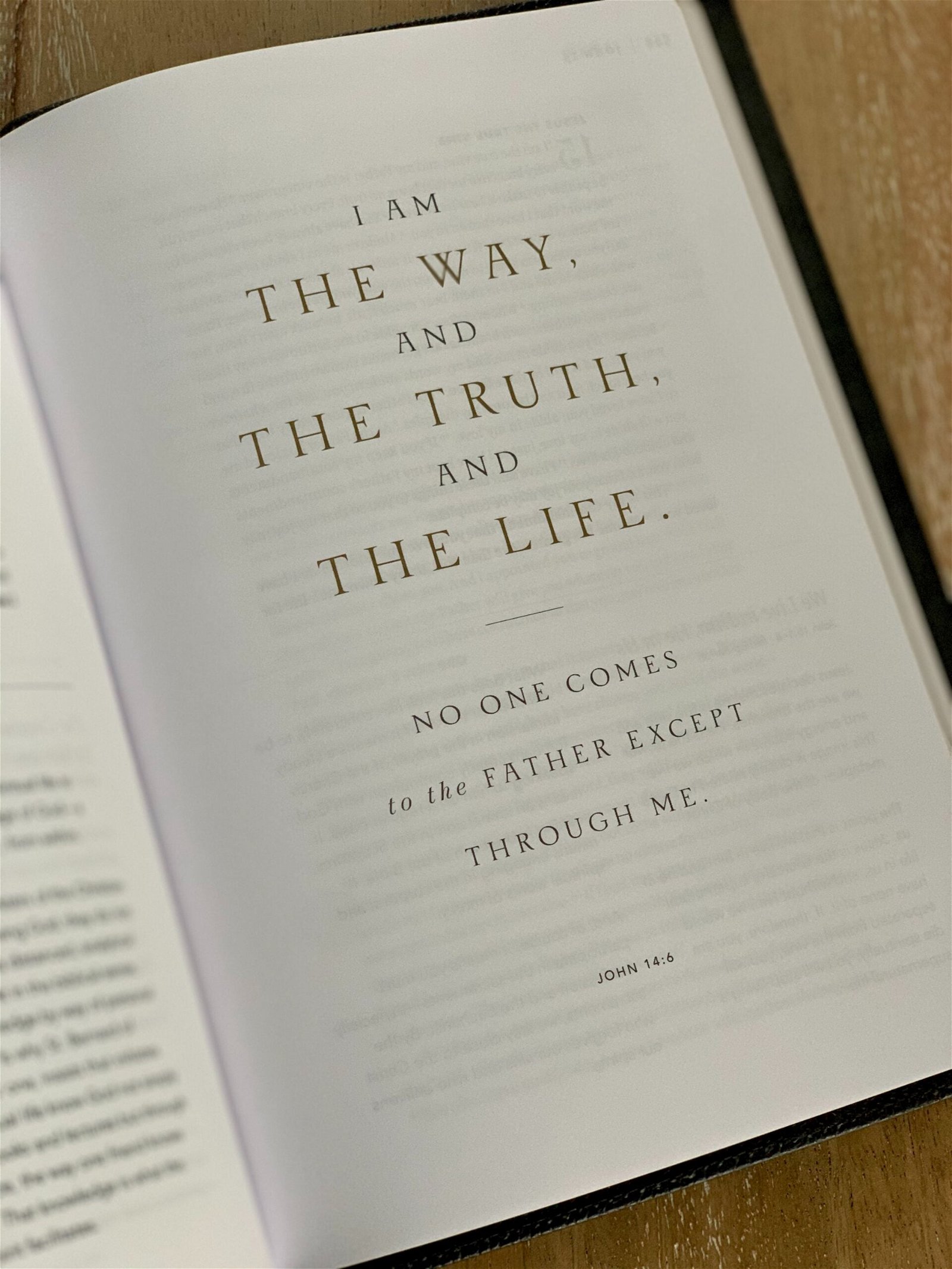 The Eternity of God

Revelation 1:8 supports God’s sovereignty with three statements, the first of which expresses the eternity of God: “‘I am the Alpha and the Omega,’ says the Lord God.” God reigns over all since He is before and after all things.

“The Alpha and the Omega” is a figure of speech called a merism. G. K. Beale writes that “a merism states polar opposites in order to highlight everything between the opposites.” As the Alpha and the Omega, God is in control of everything in between. This statement echoes Isaiah 41:4, where God says: “Who has performed and done this, calling the generations from the beginning? I, the Lord, the first, and with the last; I am he.”

The Self-Existence of God

When we study the attributes of God, we find that they are all interrelated. Therefore, related to God’s eternity is another attribute of God highlighted in Revelation 1:8. Repeating a phrase from verse 4, God describes Himself as the Alpha and the Omega, “who is and who was and who is to come.” These words reflect God’s eternity, but the first of them especially declares God’s self-existence. He is the God “who is.” Not only does the eternal God have no beginning, but the self-existent God has no source of life other than himself.

God’s self-existence is highlighted in the Greek text, which begins Revelation 1:8 with the words ego eimi, “I am.” These words bring us to the burning bush, where God spoke to Moses. Moses asked for His name, and God answered, “I am who I am” (Ex. 3:14).

God’s self-existence is declared in the Bible’s first verse, “In the beginning, God created the heavens and the earth” (Gen. 1:1). God’s being is like the fire in the burning bush Moses saw on the mountain, which “was burning, yet it was not consumed” (Ex. 3:2). The fire did not depend on the bush but burned by its all-sufficient life. Like the fire, God does not derive His life from any source; the fire burned in the bush, but the bush was not the source of the fire. The theological term for God’s self-existence is aseity. This word combines the Latin a, meaning “from,” and se, meaning “himself.” God is “from himself.”

Several implications may be drawn from the self-existence of God, starting with his self-sufficiency.

The second implication of God’s self-existence involves his immutability, which means God does not and cannot change. Because God is eternal, His being is not subject to any chain of events. Because He is self-sufficient, nothing outside God is able to cause Him to change (Romans 11:36). Therefore, having His life entirely from himself, the God “who is and who was and who is to come” always is, was, and will be exactly who He is.

The immutability provides good news to suffering Christians like the believers to whom John was writing in Revelation. It means, first, that God’s character does not change. God is now exactly the same as he always has been and will be for all eternity. Moreover, God’s purposes do not change (Isaiah 46:9–10).

Since God’s purposes never change, His purposes for Jesus Christ will never change. The Bible asserts that God’s purpose is to enthrone His Son and glorify Him forever (Ps. 2:6–7; Phil. 2:9–11). God has ordained His Son as the only Savior, so the apostle Peter’s words will be true forever (Acts 4:12).

Not only will God’s plans for Christ never change, but His plans for His redeemed people will also never change. Paul wrote in Romans 8:29, “those whom he foreknew he also predestined to be conformed to the image of his Son, in order that he might be the firstborn among many brothers.” Christians are ordained by God to partake of the holiness of Christ, so it makes no sense for believers to live as though they still belonged to the world. Paul stated that as children of God, believers are, according to Romans 8:17, “heirs of God and fellow heirs with Christ.” Because God is sovereign, eternal, and unchanging, His salvation is also sovereign, eternal, and secure. John 10:28-29 says, “I give them eternal life, … and no one is able to snatch them out of the Father’s hand.”

Finally, since God’s purposes never change, God’s plans for the wicked will not change. Revelation shows that God will judge sinners who have not been forgiven. Exodus 34:7 (NIV) teaches that God “does not leave the guilty unpunished,” and the many judgments displayed in Revelation add living color to that assertion. God’s unwavering wrath against sin warns anyone who refuses Jesus as Lord and Savior.

The Omnipotence of God

In proving the sovereignty of God by means of His attributes, we have considered the eternity of God, together with His self-existence, self-sufficiency, and immutability: Revelation 1:8, “I am the Alpha and the Omega,’ says the Lord God, ‘who is and who was and who is to come.” We might think that there is nothing more to say on the matter, but God points out one more essential attribute that makes Him sovereign over all things. Revelation 1:8 adds an assertion of God’s omnipotence, concluding with “the Almighty.”

The Greek word translated as “Almighty” is Pantokrator. This word combines Pantos for “all things” and Kratos, which means both “might” and “dominion.” Luke 1:51 uses Kratos to say that God “has shown strength with his arm,” and 1 Timothy 6:16 uses it to exult in God’s “eternal dominion.” For God to be the Pantokrator is to exercise sovereign power and authority to rule all things, in all places, and at all times. Knowing the truth of God’s almighty and sovereign rule over all things brings the greatest comfort to suffering Christians. The book of Revelation brings a message of great solace to Christians; the good news is centered on God’s sovereignty over all things.

The God Who Speaks in His Word

Christians should especially think of God’s revelation through his Son, Jesus Christ, when we think of God’s speaking. Hebrews 1:1–2 says that while God formerly spoke by the prophets, “in these last days, he has spoken to us by his Son.” For this reason, when God says in Revelation 1:8, “I am,” Christians hear the voice of Jesus. God says, “I am the Alpha and the Omega,” an expression that Jesus will apply to himself within this chapter: Revelation 1:17-18 says, “I am the first and the last, and the living one.” We also hear the voice of Jesus’ great “I am” sayings in John’s Gospel.

The “I am” statements show that Jesus Christ is one with the God who says in Revelation 1:8, “I am the Alpha and the Omega, … who is and who was and who is to come, the Almighty.” This means that Jesus was present when Moses heard God speaking from the burning bush, giving His name, “I am that I am.” Exodus 3:2 declares that “the angel of the Lord appeared to him in a flame of fire” within the bush. The most likely explanation is that Moses saw the eternal Son of God in His pre-incarnate form, speaking with God’s voice. God likewise speaks, revealing himself to us as good news through his Son, Jesus.

The only way for you to know the great I am, the sovereign, eternal, unchanging, and Almighty God, is to believe in Jesus Christ (John 14:6). Have you met him in the way that Moses met Christ at the burning bush? God called to Moses, and he came, believed, and entered into a saving relationship with God. God now calls you through his Word. He says to you, “I am the Alpha and the Omega,” the Almighty Sovereign who controls your destiny and offers you eternal life through faith in His Son. Jesus, the eternal, self-existent, and Almighty God.