Finally Free; Fighting for Purity with the Power of Grace by Heath Lambert 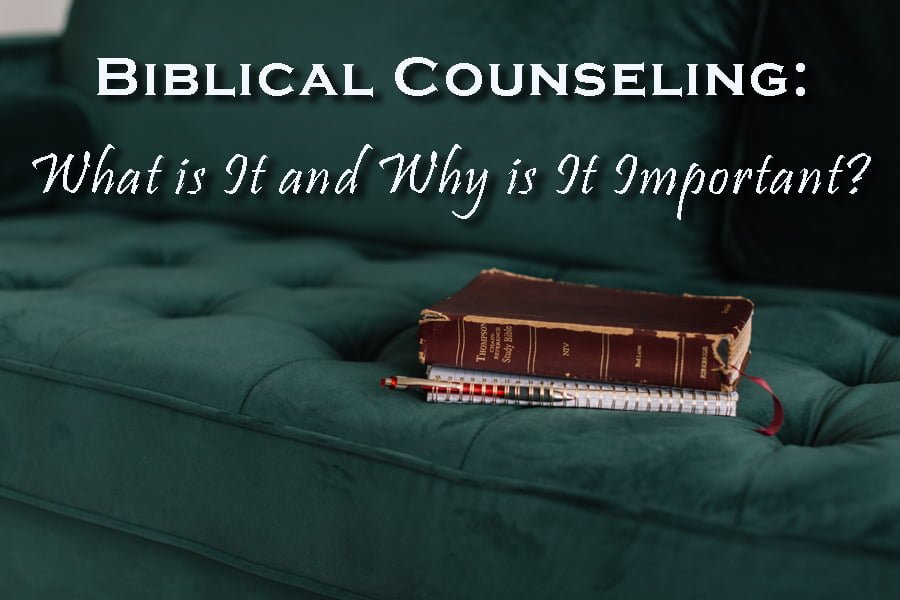 Biblical Counseling: What Is It and Why Is It Important?

Heath Lambert’s book, Finally Free: Fighting for Purity with the Power of Grace, is an issue-specific book for men and women (but particularly men) who struggle with sexual sin, specifically in the area of pornography. In the introduction of the book Lambert puts forth his thesis: “This book is about the amazing power of Jesus Christ” (12). This thesis sets Lambert’s book apart from most books on pornography. It’s unique because it’s about God’s powerful gospel and how He loves to distribute it to those who desire to change.

Lambert’s book is saturated with the gospel and he is intentional about beginning the book with that foundation. This is different than how many authors have approached the fight against pornography. Many books assume the gospel. This may be because they believe that only Christians would want to fight against sexual sin and temptation. This may or may not be true, but Lambert avoids the assumption. This is a critically important strategy he’s employed. Christians are prone to forget the gospel and fighting sin apart from the gospel is futile and temporal. It is a counterfeit repentance that leads to frustration, overwhelming guilt, and eventually burnout. Lambert refocuses the conversation, centering it around God rather than on porn and sexual sin. This prevents repentance from becoming the idol that’s worshipped. If repentance is the highest aim, it’s nothing more than a cheap replacement.

Another distinguishing mark of Lambert’s book is his chapter on godly and worldly sorrow. I believe this is the strongest portion of his book and it can be applied to sins other than pornography. His foundational text in this chapter on repentance is 2nd Corinthians 7:8-11. Its summary is that godly sorrow leads to repentance, as opposed to worldly sorrow which leads only to death. From this passage, Lambert is able to put out several applications that characterizes a person who has godly sorrow.

One of the first principles he draws from the passage is that godly sorrow is earnest. Lambert states, “Godly sorrow gets busy and fervently seeks to fight against sin in a battle that lasts and lasts” (36). This type of repentance manifests itself in limiting access to porn, pursuing accountability in an effort to honor the Lord and clear one’s self of self. Another characteristic Lambert brings out in godly repentance is that it produces hatred: “Godly sorrow hates the sin itself…feels the horror of disobediences and weeps over the reality of a heart that chose transgression over faithfulness” (38). Three other characteristics that Lambert addresses is that godly sorrow produces alarm, a longing for restoration, and a desire for justice. This chapter is really a great tool to use to as a counselor to help a counselee evaluate his repentance. Not only that, but I used it to evaluate the repentance of sins in my own life. Lambert writes plainly, which allows the reader to understand, however the chapter is cloaked in grace, love and humility.

Far too often men are led into further temptation through “accountability” conversations because of how explicit the details are. Even the books on fighting against pornography and sexual sin used in accountability groups are explicit and do more harm than good. Lambert recognizes this and speaks to it directly. This caused me to think of the way that I counsel. I often counsel men struggling with sexual temptation and sin. Lambert gave me much to think about in the way I speak to these men and gave me much to think about regarding gospel-centered literature to put in these men’s hands.

Lambert’s chapter on humility and service helps provide another practical step in the process of repentance. Sexual sin and pornography is arrogant and consistently disciplines a person to become a consumer. A consumeristic mindset is at the core of every sin we commit. The only remedy for that is humility and service. The ultimate humility and sacrifice is found in the person and work of Christ. As mentioned already, Lambert is intentional about bringing this out all throughout the book. In this particular chapter, the reader not only considers Christ’s humility and sacrifice for the glory of God and sins of man, but is urged to model it. Lambert states, “Paul doesn’t just say, “Be humble!” He tells us how to cultivate humility—by learning to prioritize other people’s interests above our own” (117). Service to others is a practical way to humble the porn addict and shift his/her thinking away from being a consumer and to being a faithful servant of God.

In addition to being a humble servant, Lambert gives a unique warning that I have not found in other books on pornography. He urges the reader to remember he has other sins to overcome. He states, “When the only sin a man sees in his life is his pornography, something fascinatingly sinister happens as he begins to gain victory over that sin: he believes his sin has gone away” (115). This was a critical reminder to me that when counseling a man dealing with sexual sin, I must not fail in helping him, by God’s grace, to see and overcome other sins in his life. Sexual sin is just one of many sins that our Lord died for.

One of the final distinguishing marks in Lambert’s book is found in his chapter on gratitude. He states, “… in place of immorality there should be something else, and that something else is thankfulness” (124). He goes as far as to call it a “key strategy” (124). What do we have to be thankful for? Lambert, once again, reminds the reader of who God is for believers in Jesus Christ. In my counseling sessions, I must remind my counselees that God did not look down at sinners with cold indifference and give us what we deserve. Rather, He set His affections on us before the foundation of the world that we might be holy and blameless in Christ Jesus. God chose to save men enslaved in sexual sin. That is a humbling statement. If God through Christ saves adulterers, how much more can He help people overcome the sin by the power of the Holy Spirit? Considering the gospel produces thankfulness that leads to gladness that leads to longevity in repentance of sin and trust in Christ.

This book is in the top three books that I have read on overcoming sexual sin and temptation. It is cloaked in both the indicatives of gospel (what God has done for us) and it’s imperatives (what God commands us to do). It’s a model of how we should approach repentance in our own lives and how we should counsel each individual that walks through our doors, seeking to be set free from this sin that keeps them in bondage and depression. So many Christians are living depressed lives because they feel utterly defeated by this powerful sin. Others make an idol out of their repentance and experience a downward spiral when their idol comes crashing to the ground. As repenting believers, we must be quick to repent and grow in our hatred for sin and our love for our Savior. As pastors and counselors we must plead with our counselees to do the same.

Lambert’s book is an excellent guide and template to work with counselees through. I personally will be making it a part of my homework for men that I counsel with on a weekly basis. As a teenager, I struggled with pornography much like Lambert. I read books on how to overcome it and they only produced more lust and sin in my heart, mind, and actions. I would have benefitted tremendously from Lambert’s book then and I am a personal testimony to the saving grace of God and His power to enable His people to overcome sin and temptation. When I finished the book, I spent time thanking the Lord for His grace in my life, and I look forward to the day when I can take my son through a resource like this in order to equip him to overcome sin and temptation in the world that seeks to devour his soul.

In this issue of Theology for Life Magazine, we’ve been considering the subject of biblical counseling and how it impacts the life of the Christian and ministry. We understand that we haven’t covered everything on this topic, but it is our prayer... 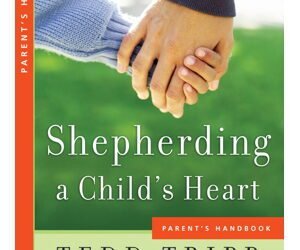 Ted Tripp’s book, Shepherding a Child’s Heart, is a thoughtful book written for parents with the aim to teach children about their need for the gospel so that they may live in response to the gospel. The means by which this is accomplished begins by teaching young... 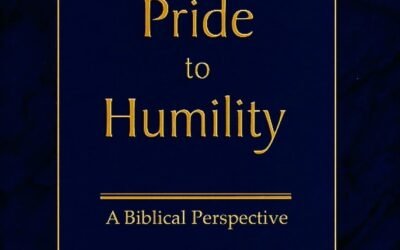 From Pride to Humility: A Biblical Perspective by Stuart Scott

Stuart Scott’s book, From Pride to Humility: A Biblical Perspective, is a small, accessible book designed to help counselee’s identify sinful pride, repent of it, and replace it with God-centered humility. The book is an excerpt taken from Scott’s more-comprehensive... 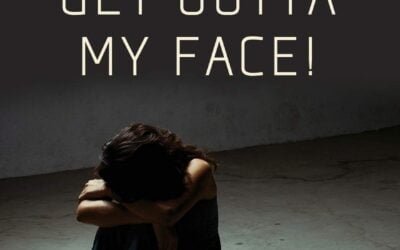 Get Outta My Face: How to Reach Angry, Unmotivated Teens with Biblical Counsel by Rick Horne

Rick Horne’s book, Get Outta My Face: How to Reach Angry, Unmotivated Teens with Biblical Counsel, is an extremely practical and helpful book written for any adult seeking to help teens see the bigger picture of their actions, in an effort to direct their attention... 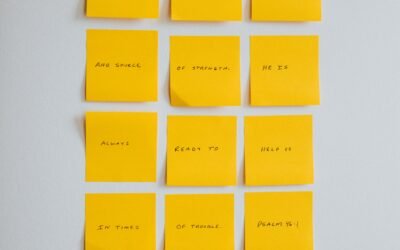 People often ask me how biblical counseling differs from other approaches to soul care. Here’s a summary I’ve been teaching for almost two decades, which I hope will help you grow in understanding sanctification. This week, look up the Scriptures listed and meditate... 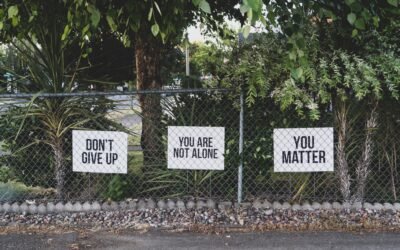 The Goal of this Personal Ministry We Call “Biblical Counseling”

The Lord of the Church is at work. Jesus Christ is building His Church. However, He is not only building His Church, He is also making her holy—a work that He will not stop performing until she is blameless: “…Christ also loved the church and gave Himself up for her,...