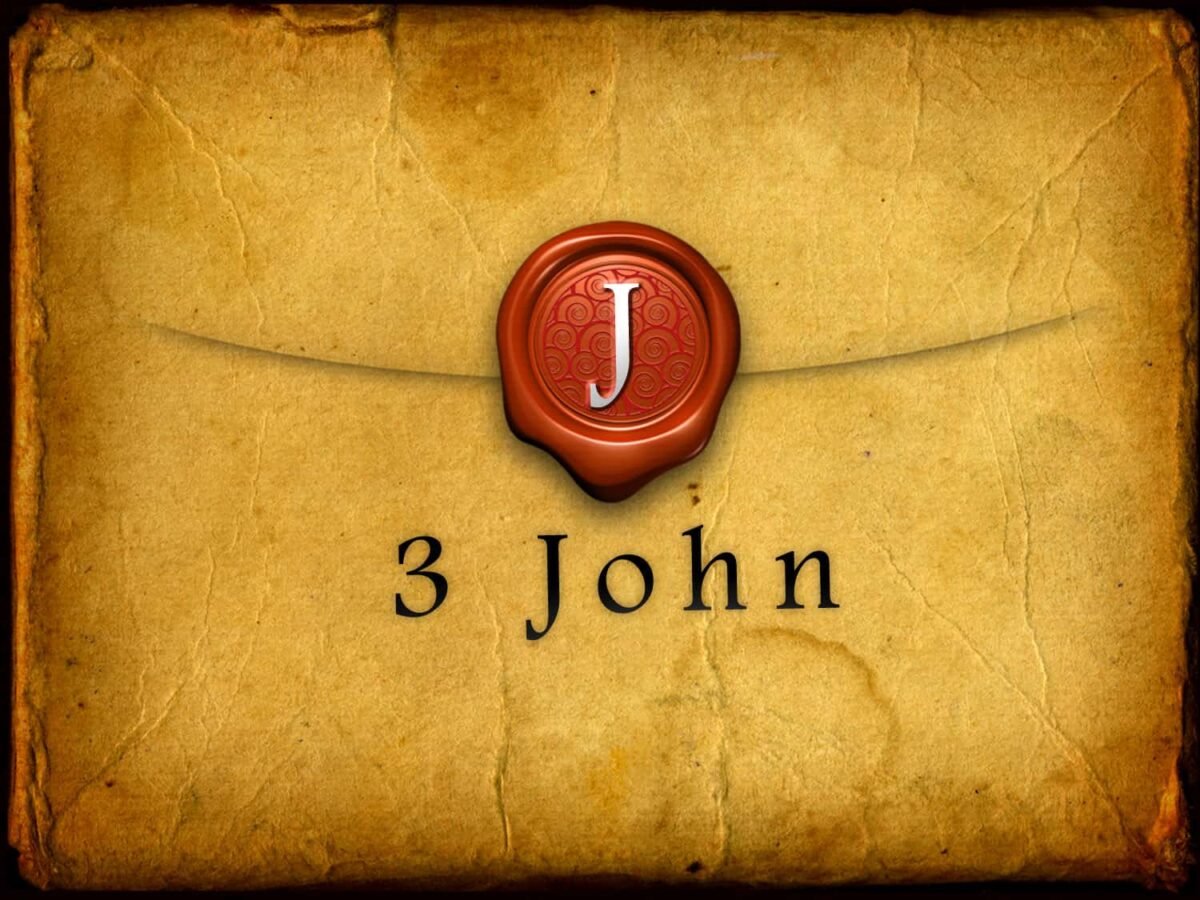 Be Fellow-Workers for the Truth

As is the case with 2 John, 3 John is a short but meaningful letter. It’s designed to pack one punch, and it does so with a force that can guide us in our lives with Christ if we’ll have ears to hear and hearts to receive what he has to say. Although this letter has a singular message, it comes in two parts, both of which are so significant that I will treat them in two blog posts rather than one. In this post, we’ll look at 3 John 1:1-8 and in the next post we’ll look at 1:9-15.

John begins his letter with the following greeting. “The elder to the beloved Gaius, whom I love in truth. Beloved, I pray that all may go well with you and that you may be in good health, as it goes well with your soul. For I rejoiced greatly when the brothers came and testified to your truth, as indeed you are walking in the truth. I have no greater joy than to hear that my children are walking in the truth.”

As you can see, John addressed this letter to a man named Gaius. We don’t know exactly who Gaius was because his name was popular in that day, but we do know that he probably came to Christ under John’s ministry and was now some kind of leader in the church. Thus, as you can see from John’s opening words, he conceived his relationship with Gaius as familial and not professional. In fact, John calls Gaius “beloved” four times in this short letter (1:1, 2, 5, 11), a word which is endowed with Christ-centered, fatherly affection.

In addition to Gaius, John also mentions a group of believers he simply calls “the brothers.” Evidently, these brothers were missionaries who had been with Gaius at some point and then went to visit John. In the course of time, they testified before the church John served that Gaius was walking in the truth and that he had shown much love to them, even though they were strangers to him.

Accordingly, John goes on in his letter to encourage his precious friend. “Beloved, it is a faithful thing you do in all your efforts for these brothers, strangers as they are, who testified to your love before the church. You will do well to send them on their journey in a manner worthy of God. For they have gone out for the sake of the name, accepting nothing from the Gentiles. Therefore we ought to support people like these, that we may be fellow workers for the truth” (1:5-8).

Again, the picture here is that Gaius was a leader in the church and that at some point, several brothers came to his town to exalt the name of Jesus among the Gentiles. Even though Gaius didn’t know them, he received them, treated them well, and helped them with their ministry in some substantial way.

When the time was right, these brothers moved on and visited John’s church where they brought a good report about Gaius and the flock he served, Thus, John sent word back to Gaius saying, “Great job, my beloved child, now let’s keep it up and help these brothers even more.” Perhaps they were about to set out on another journey and John was writing to help them raise additional support. I don’t know. But what I do know is that John was trying to fan into flame the passion Gaius had to assist those who had given their lives to the exaltation of Jesus in the world, and in encouraging Gaius, he’s encouraging us as well.

Therefore, my aim for the rest of this blog post is to articulate five principles of global missions I see in verses 5-8 that we might be encouraged to join John and Gaius in the high joy of exalting the name of Jesus throughout the world.

Principle One: Although our efforts in missions will be difficult and costly at times, the treasure of joy we share with Christ far outweighs the pain. I get this from verse 5 because in John’s encouragement to Gaius I see God’s encouragement to Gaius. God is the one who caused John to write. God is the one who preserved this good word about Gaius for the past 2,000 years. God is the one who will receive Gaius into his bosom and say, “Well done, good and faithful servant, enter into the joy of your Master.” And one of the reasons God preserved this word about Gaius for us is so that we would live as Gaius did and also receive his reward. So, yes, global missions is difficult and costly, in fact, it may cost some of us our lives. But the joy we will have in Christ is not worthy to be compared with such temporary sufferings as these. Beloved, the joy of partnering with our brothers and sisters around the world is worth the pain.

Principle Two: We should first concern ourselves with the quality of our sending and then with the numbers we send. I get this thought from the end of verse 6 where John encourages Gaius to send the brothers “in a manner worthy of God.” There is some debate among pastors and scholars as to what the nuances of this phrase mean, but it’s generally agreed that John is saying something like this: “Send them in the way God would send them. Send them in a way that’s pleasing to God. You may not be able to do everything you want to do for them but do everything you can do for them before our Father. Send them as if you yourself were going.”

So again, the principle I draw from this is that we should primarily focus on sending those whom we send well, and only after that should we send more. Sometimes it doesn’t work out this neatly. Sometimes Jesus calls us to walk on the water and do things that we cannot do on our own. Sometimes he calls us into situations which necessitate a display of his divine power. And when he calls us to do what we cannot do, we have no choice but to obey him in faith and joy. However, the point still remains: as much as we’re able, we should first focus on quality and then on quantity.

Principle Four: We should train our missionaries not to expect or solicit gifts from those to whom they preach. I get this thought from verse 7 where John points out that these brothers accepted nothing from the Gentiles. In that day, as in our day, there were many teachers in the world who were going about spreading their message for the sake of gain. Accordingly, these brothers, following the example of Paul, didn’t want to tarnish the message of the gospel by giving the impression that they were out for a buck or that the gospel was for sale. Rather than taking advantage of others for their own good, they were willing to lay down their lives for the good of others, and this in itself was one way they commended the gospel to others.

The situation is different in our day, to be sure, but the truth remains. We must go out for the sake of the name and accept nothing from those to whom we go. We must go out with pure motives. We must go out to share Jesus rather than gain a profit. If some villagers in some part of the world decide to bless our missionaries because they’re grateful, then those missionaries will have to make up their minds what is best to do. But whatever they decide they, and we must have the mindset that we’re not going to make money or otherwise to take advantage of people but rather to serve and share in the name of and for the sake of Jesus Christ.

Principle Five: When everything works the way it’s supposed to work, both goers and senders become fellow-workers for the truth. I get this, of course, from verse 8. Only a handful of us will receive the call of God to drop everything in this life and go to some other part of the world for the sake of the name. The rest of us are called of God to die to everything in this life and give as much as we can of our resources so that others might go.

As a missionary brother once said to our church, most Christians are called to live simply that others might simply live. So let us hear the word of the Lord through John and stir up in one another a passion for Christ to participate in the labor of exalting his name in the world. Some of us are called to go, most of us are called to send and support, and all of us labor together for the magnification of Christ among the nations.

In closing, I want to challenge each of you to meditate on John’s words in verses 5-8 and to ponder the five principles I’ve gleaned from them. Has Jesus called you to go into the world for the sake of his name? Has Jesus called you to send and support others who are called to go? What specific steps would the Lord have you take right now to fulfill your calling and to encourage your church to fulfill its calling? How will you ensure that the glory for your labor goes to Christ alone and that the fruit of your labor encourages others to join in work of exalting Jesus among the nations?