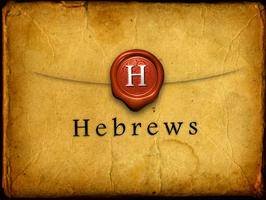 The method our writer takes in Hebrews 11 is to follow the record of the Old Testament as it presents different men and women of faith. To that end, he begins with the opening chapter of Genesis, finding proof of his doctrine even in the creation of the world. Hebrews 11:3,  “By faith we understand that the universe was created by the word of God, so that what is seen was not made out of things that are visible.” His point may seem obscure, but it is one that is especially germane to our times. The nature of the universe, the creation or beginning of all things, cannot be explained by evidence that is available to our eyes. Without faith we cannot even explain the world in which we exist.

Ours is a time committed to atheism that is to a view of the universe and history that excludes God. Nowhere is this lifeview more evident than in contemporary attempts to explain the origins of the universe. Undoubtedly the most popular answer today is the Big-Bang Theory, which says the universe was caused by a massive outward explosion of an incredibly dense mass. This begs the question, “What caused the big bang?” This is a question scientists leave unanswered. Ravi Zacharias observes:

Only faith provides an answer, both for the Christian and for the atheist. The non-Christian’s faith is in the Big Bang.  As Dallas Willard observers, “The bang’ has stepped into a traditional role of God, which gives it a nimbus and seems to rule out the normal questions we would ask about any physical event.”[ii] For the materialist the Big Bang has taken on divine qualities that rule out questions regarding its origin. The Christian finds the answer not in this kind of scientific mysticism but in the Word of God. According to Hebrews 11:3, “By faith we understand that the universe was created by the word of God, so that what is seen was not made out of things that are visible.” The universe was formed from nothing by the Word of God, who alone existed before creation.

Here the writer of Hebrews appeals to the Word of God as the object of our faith. If God’s Word was capable of creating everything out of nothing, then surely that Word is a sufficient ground for our hope. Indeed, since  God’s Word was sufficient to bring all that is into existence, it is also sufficient to give me all that I need. I am without peace, but God promises me peace in His Word (Phil. 4:7), the same Word that made everything out of nothing. Surely God will make peace for me, and so I believe that Word. God’s Word promises victory in 1 John 5:4, but I feel defeated. The same holds true for life and joy and salvation; though we do not see them, we see God’s Word, we remember its power, and we rest our hearts on it.

This is how we distinguish biblical faith from the popular notion of faith as a leap in the dark. Faith is not blind trust, wishful thinking, a mere manifestation of our positive attitude.  We believe the Word of God because it is the Word of the God who made all things and who Hebrews 1:3 tells us sustains them by His powerful Word.

Our faith therefore feeds upon the Word, the way Jesus described when tempted by the devil. Matthew 4:4, “But he answered, “It is written, “‘Man shall not live by bread alone, but by every word that comes from the mouth of God.”  Our faith grows strong from the Word, rests secure in the Word and bears fruit from the Word, which as the writer of Hebrews has said, “is living and active” (Heb. 4:12). Ours is not a blind faith, but a faith that sees by the light of God’s sure revelation. Faith says with the psalmist in Psalm 119:105, “Your word is a lamp to my feet and a light to my path”.