Editor’s note: The purpose of this series is to write on “Issues in the Church” that either aren’t talked about, ignored entirely, or that we want to contribute to the discussion on. Our goal with this series is to help our readers think through these issues from a biblical worldview with lots of practical gospel-application.

2 Corinthians 10:5 “We destroy arguments and every lofty opinion raised against the knowledge of God, and take every thought captive to obey Christ,”

Paul writes this well-known passage to a church positioned firmly on the Beltway of one of the most important cities in the ancient world. Corinth was a major Greek city. It was a melting pot of diversity with its frequently visited port for trade and travel. The diversity of people brought a variety of ideas and philosophies. Greek and Roman cultures were already famous for their willingness to debate beliefs and entertain new ideas.

In the midst of this diversity of population and philosophy, Paul preached the Gospel and planted a church. This church had its struggles – to put it mildly – to uphold Gospel doctrine and practice. Paul’s letters to them are instructive, corrective, and disciplinary. One of his exhortations to them is to be cautious and wise about what thoughts and ideas they entertain. He reminds them that they as Christians are to destroy arguments and every lofty opinion raised against the knowledge of God. They are to combat false ideas and beliefs. This is not only in a debate with others but for their own hearts. He reminds them to “take every thought captive to obey Christ.” Nothing unexamined should be allowed to take root in our hearts and minds without first being weighed against the Word of Christ.

In 21st America, we are bombarded by worldview shaping messages. The media, music, books, television, and movies are all vying for our mind. Sometimes we can carelessly let our guards down, assuming we are only consuming mindless entertainment. There is no such thing.

[bctt tweet=”Everything is worldview oriented.” username=”servantsofgrace”] Nothing you read or watch is absent of a foundation from which it is preceding. [bctt tweet=”Every message stems from presuppositions.” username=”servantsofgrace”] Think about how entertainment does this. Lady Gaga gets us bobbing our heads and singing out, “I was born this way.” Sheryl Crow has us rocking with, “If it makes you happy, it can’t be that bad.” And while we may think these are too simplistic to actually affect us, we are wrong.

I Now Pronounce You Chuck and Larry (2007) was a comedy and romance movie about two straight men (Adam Sandler and Kevin James) who pretend to be gay in order to receive domestic partner benefits. There are plenty of laughs along the ride, but there are some very clear messages communicated along the way. The subject of homosexuality is made to seem so normal and common that anyone who disagrees appears to be an out-of-touch killjoy. One particular scene captures this idea by having our fun-loving protagonists experience the mean-spiritedness of a group of protesting Christians. We are made to feel sympathy with Chuck and Larry and to despise the protesters. Worldview communicated.

The Shifting Nature of Public Opinion

How? What caused public opinion to shift that dramatically in eight years? One of the ways it happened was via entertainment. Movies like I Now Pronounce You Chuck and Larry, television shows like Modern Family and Glee, and others like them gradually began to sway public opinion. By “sway public opinion” I really mean “shape people’s worldview.”

Francis Schaeffer in his famous work, The God Who Is There, writes on the issue of cinema and how people in the entertainment industry hold to modern philosophy, which means “the films they produce are tools for teaching their beliefs.” Worldview is always involved. There are no agenda-less movies. There are no worldview-free movies.

To show you how right Schaeffer was about this issue, I’ll close this article by pointing you to another one. On May 20th, 2016, The Wall Street Journal published an article entitled: “How ‘Neighbors 2’ Is the Frat Comedy for the Era of Social Justice Warriors.”[2] The subtitle or description of the article states, “The new film mixes issues such as feminism, gay rights, Donald Trump and Black Lives Matter with R-rated raunch.” Is this by accident?

The writers of this movie say they purposefully make one of the partying, womanizing frat boys from the first movie, a gay guy engaged to his boyfriend in the sequel. But instead of focusing on that issue as the big deal, they normalize it and make the tension about how his roommate will react when told it is time to move out. In other words, this is all normal, nothing to see here. The writers have become so good at this, they have another movie coming out, Mike and Dave Need Wedding Dates. In this movie, they flip the whole wild-and-crazy-party-guys-go-looking-for-girls-who-want-them-to-settle-down motif. Now it is the girls who are crazy, real crazy, make-the-guys-blush crazy. Is this just to find new angles for funny? No. Worldview is being shaped.

Talking about what they believe their role as movie writers are, Cohen said he wants the audience to laugh and then think, “Wait – was there oatmeal in that? Did they sneak broccoli into my comedy?” What does he mean by that? He is trying to sneak in something healthy, something productive from his worldview and perspective – and not just something to produce a laugh. As the audience is mindlessly laughing their worldview is subconsciously altering. [bctt tweet=”Ideas matter, even ideas communicated in the form of comedy.” username=”servantsofgrace”]

So what do we do? Do we boycott movies and refuse to engage in entertainment? No. We cannot hide from the world and expect to be able to engage the world with the Gospel. If we want to speak the Gospel to the hearts of men and women in the world, we need to understand the worldview we are confronting. As Christians, we must quit naively thinking that we can mindlessly engage in entertainment unaffected. Everything we ingest from an entertainment perspective is laced with worldview-shaping ideas and implications.

We must destroy every argument and every lofty opinion raised against the knowledge of God. We are not to adopt every argument made or presented in the film. We are not to submit to every lofty opinion presented to us from Hollywood. Instead, we must take every thought captive to obey Christ. When we watch movies and listen to music, we must do so with discernment and wisdom. We must weigh what we encounter with what God’s Word teaches. We want to be obedient to Christ. We want to come under the authority of Christ. This means we must always examine what we consume. We must filter ideas with the Word of God.

Everything is worldview is oriented. The quicker we realize it, the more we will see it in all the entertainment we watch and consume. 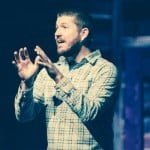