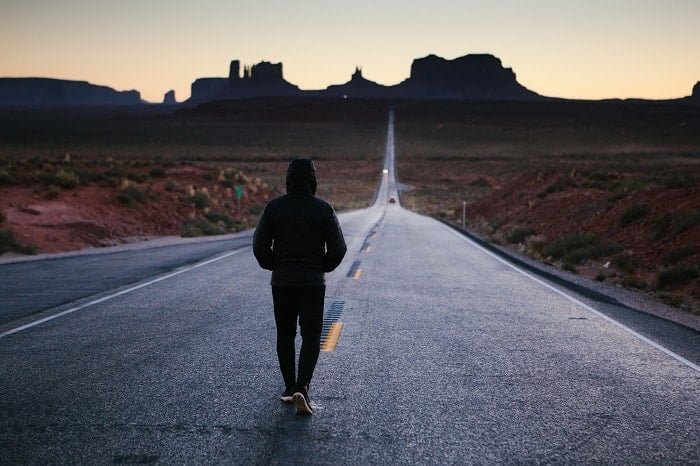 Enoch Walked With God. Are You?

The frequent refrain throughout the genealogy of Genesis 5 is that the story of each person mentioned concludes with these inevitable words “…and he died.” When we come to the life of Enoch, we are met amazingly and unexpectedly with these words instead: “and he was not, for God took him.”

How does one overcome sin and death? By a close, ongoing walk with God!

Enoch’s story is striking not only for its contrast to the ubiquitous phrase “and he died,” but also for its contrast to the moralistic perceptions that many people have of Old Testament religion. While many individuals think of a religion of rules-keeping and external ceremonies when they think of the Old Testament, the fact is true religion has always been—not about outward forms—but about a genuine and intimate walk with God.

Enoch is twice described, not as a man who kept all the rules, but who walked with God (vv.22, 24). Likewise, Noah’s righteous life will later be summarized by “Noah walked with God.” Abraham will be described as “the friend of God.” And Moses will speak with God “face to face.” True religion consists—not merely in offering sacrifices, or in attending public worship services, or in only keeping a set of rules—but in personal communion with the one true God.

Recently I was speaking with a woman who asked what I did for a living and, when she found out I was a pastor, she responded as many do: “I don’t go to church as much as I ought to.” Time did not permit me to respond to this lady, but the fact is: what people need, what is missing in people’s life, is not more church attendance. What you and I need is not merely more rules keeping or more outward acts of religion—what we all need is to walk with God personally, affectionately, intimately, and obediently. Church attendance, Bible reading, prayer time, and even holy living are all means to the end of communing more deeply with God Himself.

Enoch walked with God, the source of all life, and so escaped inescapable death. But you may say to yourself, “Well that was an anomaly; after all even Moses who also walked with God eventually died.” And, yes, it is true that most people are not translated from life to eternal life the way Enoch was. But remember Jesus’ words in John 11:26, that “everyone who lives and believes in me shall never die.” And don’t forget that Moses would appear on the Mount of Transfiguration, speaking with him! Although Moses’ body was temporarily buried, Moses never truly died. He is right now with God in heaven.

All who believe on Jesus Christ, God’s promised Redeemer, will “walk with God” as Enoch did, and as a result, will ultimately escape death as Enoch did. Enoch escaped death because walking with God is life itself. Eternal life, for Enoch, was just an extension of the fellowship he was already enjoying with God on earth.

Even Enoch, who walked with God, did not trust in the goodness of his own life. The book of Hebrews, in the New Testament, gives this commentary on Enoch’s life: “By faith, Enoch was taken up so that he should not see death, and he was not found because God had taken him. Now before he was taken, he was commended as having pleased God” (11:5). Enoch pleased God, not only by walking with God but by faith trusting in God’s promised Redeemer.

Walking with God, then, means that we by faith are communing with God—in affection and obedience—as we trust in Jesus Christ alone for our salvation and redemption. Enoch walked with God. Are you?