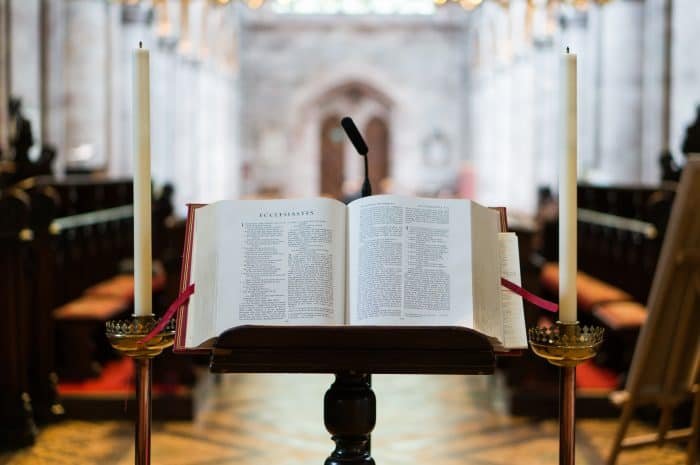 I believe in the primacy of Christ-centered expository preaching in the life of the church. D. Martyn Lloyd-Jones asserted in his classic book, Preaching, and Preachers, “I would say without any hesitation that the most urgent need in the Christian Church today is true preaching; and as it is the greatest and the most urgent need in the Church, it is obviously the greatest need of the world also.” I agree wholeheartedly with that statement. Lloyd-Jones also wrote in Preaching and Preachers, “True preaching, after all, is God acting. It is not just a man uttering words; it is God using him.”

Everything else in the church is derivative of God’s self-revelation in the Scripture, the Word of Christ  (Rom 10:17): We preach the Word, pray the Word, sing the Word, counsel the Word, and serve in light of the Word. Preaching is God’s chosen medium, and it will never go out of date. Humanity lives in the context of a battle of sermons. The Bible begins with the divine King of the universe proclaiming his word, but another voice intruded and clashed: the appearance of the serpent contradicting God’s Word with his own proclamation is the first example of spiritual warfare in the Scripture. From the creation of the cosmos, kingdom warfare has been a conflict over the Word of God (which we have preserved for us in Scripture) and the Word of God (Jesus Christ), who is the final word (Heb 1:1-2). Thus, as a shepherd of Christ, the preacher stands defiantly in direct opposition to Satan’s parasitic kingdom and at the apex of kingdom conflict in this age.

Where preaching is weak, anemic, unfaithful, and compromised in a church, everything else in congregational life, no matter how well done, is merely impotent ecclesial smoke and mirrors. That is where I stand. Period. But this post is designed to confront a different problem among those who agree with me on the primacy of preaching. Why is it that so many churches that profess a commitment to the primacy of expository preaching, settle for mediocrity in so many other facets of the church’s ministry? In my experience, it is not uncommon in churches with a high view of preaching, and who are fundamentally committed to the sovereignty of God, to put little effort into the other aspects of ministry, which are derivative of our commitment to the Word. It seems to me that it should be exactly the opposite. A high view of preaching and a high view of God should lead us to a pervasive commitment to excellence in all things in the life of the church.

To put it another way, one who says that their commitment to the primacy of preaching, leads them to have little regard for the music, parking, greeting, signage, aesthetics, friendliness, hands-on ministry, evangelism, outreach, care-giving, announcements, and so on, is simply theologizing their laziness and apathy. Abraham Kuyper once said, “There is not a square inch in the whole domain of our human existence over which Christ, who is Sovereign over all, does not cry, Mine!” (“Sphere Sovereignty,” in James D. Bratt, ed., Abraham Kuyper, A Centennial Reader, 488). The pastor committed to the primacy of the word of Christ will be faithful and focused on the pulpit, but he should also examine every single aspect of ministry in the life of the church to make sure it reflects the glory of God in Christ. A valuable question to ask about every ministry and function in the church is, “How does the fact that Jesus Christ is risen from the dead impact the way we do this?” Also, could Christ look at how we do each aspect of our ministry and say, “Mine!”?

If a pastor cannot explain how the church’s commitment to the Word and the gospel impacts how the church handles parking, greets visitors, does announcements, and so on, then that reflects a reductionistic and diminished view of the primacy of the Word. The result when this kind of diminished view of the primacy of the Word pervades the church, in the name of being Word-centered, is that the church often develops a self-righteous, holy-huddle, self-justifying theology, that attempts to spiritualize its own lack of passion for pervasively living out the Word. It often sounds something like this: “It is sad that so many rely on tricks and secondary matters in ministry. We do not care about that stuff here because we believe in the power of the Word.” In other words, the congregational narrative is that they are small and not growing because they are so faithfully committed to the Word. That could possibly be true, but it could also be because they are lazy, and their ministry lacks comprehensive commitment to live out the Word, in every nook and cranny of congregational life.

The way the church does the derivative stuff of congregational life, either proclaims that we actually believe what we say in the pulpit about the supremacy of Christ, or that we do not believe it. When our commitment to the primacy of the Word and gospel does not trickle down to every aspect of congregational life, we are like the obese person lecturing on the primacy of personal fitness or someone living opulent lifestyle lecturing about frugality. The Bible tells us that God is at work in the world summing up all things in Christ (Eph 1:10), so please do not try to co-opt Jesus to endorse ministry minimalism and laziness that refuses to sum everything up in Him.