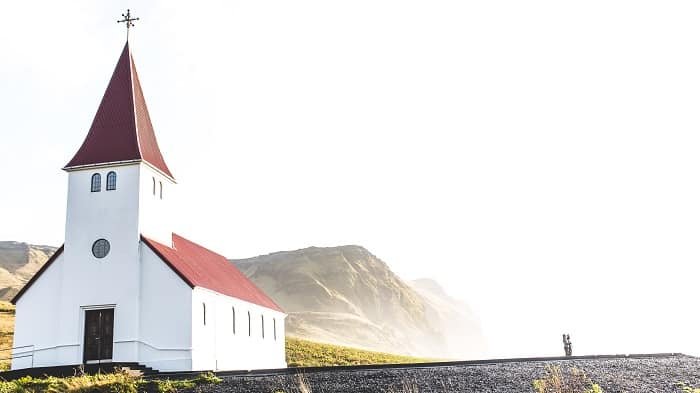 Due to the ubiquitous nature of social media, pastors and church leaders live and minister in a world of carefully crafted sound bites and heaping amounts of hype. While social media outlets such as Twitter and Facebook are incredible tools for church leaders to use for social connections, they also have reinforced and expanded the cult of celebrity within the church. After coming home from preaching and ministering on Sundays to a sometimes enthusiastic but often listless crowd, it has become a maddening ritual to scroll through the pastors I follow on Twitter to live vicariously through them and hear of their herculean exploits. I’m hardly ever disappointed with the show. Invariably the Sunday Twitterverse is pulsating with electric reports of record crowds, messages that never miss their mark, and limitless kingdom expansion. The result is that these paragons of church leadership are exalted, in my estimation, even more. However, everything is not always as it seems.

Ours is not the first generation to be captivated by celebrity pastors. The ancient church in Corinth had its own cult of celebrity with leaders such as Paul, Apollos, and Peter on the marquee (1 Cor. 3:3-4, 21-22). In seeking to warn the Corinthians against their factious spirit, the apostle Paul reminds them that the ministers who are so elevated in their sight are servants. Servants can plant and water, but only God can give the increase (1 Cor. 3:6-7). Therefore, it is not the “Preachers of Corinth” that deserve the praise but Christ, who makes things grow.

In our day, Paul, Peter, and Apollos have been replaced by a myriad of influential pastors from different movements. What has not changed is that Jesus is still the only one that makes things grow. Therefore, He deserves the applause, not His servants. Paul is so adamant about this point because the Corinthians do not see things very clearly. What looks like success and victory to them, may in fact, not be a success at all. Everything is not always as it seems.

Paul goes on to compare church leaders to builders (1 Cor. 3:9). As a master builder, Paul has laid an expert foundation. It is now up to the builders who follow him to build on this foundation using only quality materials (1 Cor. 3:10-11). Unfortunately for the Corinthians, their spiritual immaturity rendered them incapable of discerning the true nature of the building materials. Consequently, their elevation of certain personalities was premature and not founded upon anything other than their own foolish, sensual, and worldly wisdom, a wisdom that Christ disdains (1 Cor. 3:19). Everything is not always as it seems.

The contemporary church seems to suffer from this same malady. Western virtues such as expediency and pragmatism have taught us to look to size and influence as the primary indicators of success. It only stands to reason that bigger will always be better in such a cultural zeitgeist, and style will always trump substance. If size is indeed king, then it is little wonder church leaders obsess so about numbers. For many church leaders, the end justifies the means, so that very little thought is given to the quality of materials with which one is building. Consequently, the same sensual, foolish, and worldly wisdom operating in Corinth worms its way into our churches and is baptized as godly ambition. The ultimate danger of such a paradigm is that our church, like the church in Sardis, will have a reputation for being alive, but in fact, be dead (Rev. 3:1). Everything is not always as it seems.

Paul instructs the Corinthians that it is premature to tell who is successful and who is not because the Day has not yet come. Looking out across the eschatological horizon, Paul sees the arrival of the Day of Judgment, in which the work of each builder will be tested (1 Cor. 3:13). The builders who have used quality materials will see their work survive, but those who have built with inferior materials will see their work incinerated. The builders themselves will be saved, but their work will perish (1 Cor. 3:14-15). The emphasis here is upon the fact that the Corinthians can’t know whose work will be lost and whose will survive. Therefore, it is foolish for them to exalt individuals.

A few years ago, a middle-aged Scottish woman named Susan Boyle became a Youtube sensation overnight. Appearing on the TV show “Britain’s Got Talent,” Susan’s plain look and unfashionable style elicited much jeering and snickering among the audience and the judges’ wholesale dismissal of her as a serious talent. Nevertheless, when she opened her mouth and began to sing, an audible gasp filled the auditorium, as both the judges and audience were shocked and spellbound. After her performance, Susan was given a rousing standing ovation. Upon admitting their preconceived prejudices based on her appearance, all three judges gave her high marks. Susan Boyle was a feel-good story, but she also revealed a significant flaw in contemporary culture. Far too often, we make judgments based on externals.

This is not only true in the culture, but in the church as well. Ministry celebrities are held up to church leaders like Moses held up the ancient serpent on a pole beckoning for the beleaguered to look and live. Unfortunately, many weary church leaders, in a desperate attempt to see some measure of progress in their efforts to construct a shrine to the eternal, employ the recommended building materials without critically thinking through the nature and quality of the materials. Thus, a building may indeed be constructed of which the world marvels, but if the metals have not been tested and proven, the structure will ultimately collapse, and the fall of that house will be great!

The problem is not the celebrities themselves. Many of them have not plotted their popularity and seek to wield their influence in a godly, humble, and kingdom-oriented manner. The problem is that the church has assimilated the spirit of the world and is operating by the dictates of Satan’s kingdom rather than as an outpost of God’s kingdom, which is governed by radically different principles. This is the heart of Paul’s warning to the Corinthians: the spirit of the age had hoodwinked them into believing that God’s kingdom operates by the same principles as Satan’s.

Ultimately, true kingdom success is measured by quality rather than quantity. Accordingly, some guy pastoring fifty people in Sioux Pass, South Dakota who has never spoken at a Christian conference, published a book, or been elected to a denominational office is likely to receive more commendation from Christ on the Day than many of the celebrities the church holds in highest admiration. However, such a revelation should never serve as a legitimate excuse for perpetual stagnant ministries and barren churches. Paul emphasizes that God does indeed want things to grow, though the means and quality of that growth is the point of contention.

So then, considering Paul’s warning, how should church leaders respond? First, church leaders must respond with humility. Since neither the one who plants nor the one who waters are anything, it behooves church leaders to not think more highly of themselves than they ought. Realizing that God alone is the one that makes things grow should drive the church leader to depend less on self and more on Christ. The position of humility is a much-needed antidote to the celebrity mentality that has infiltrated the contemporary church. Jesus Himself was the ultimate example of humility. During His earthly ministry, He was a rock star! Multitudes followed Him and hung on His every word. Yet when one of the adoring masses called Him a “Good Teacher,” immediately Jesus gave glory to the Father (Matt. 19:16). When the crowds sought to make Him king, He hid from them (John 6:15). He embodied the kind of leader God desires by taking up the towel and washing the feet of His disciples (John 13:1-17).

The greatest need of the twenty-first-century church is servant leaders who focus more on towels than titles, more on the one than the crowd. When a leader humbles himself with the low posture of a servant, he can be blessed by God (Luke 14:11; James 4:6; 1 Pet. 5:6). Humility is, in fact, one of the keys to reaching the elusive Millennial Generation. Recently, while engaging in some reverse mentoring with a Millennial, I was fascinated to discover the emphasis this generation places upon humility and transparency. This generation can detect slick marketing and celebrity wannabes in an instant and are repelled by it. The only way the church is going to reach this generation is by ministering with humility.

The posture of humility also helps us to rest in God’s sovereign care and providence. If God is the one who makes things grow, then the pressure is off! Several years ago, I heard Larry Osborne say that the most spiritual thing church leaders can do is to take a nap. The rationale is that pastors and church leaders can only plant the seed and cultivate the field. The size of the crop is not up to them. We can prepare the horse for battle, but the victory belongs to the Lord! (Prov. 21:31).

In addition to humility, the church leader’s response should be one of hope. Pastors in America are experiencing burnout in epidemic proportions. Some estimates are that as many as 1,500 pastors each month are leaving the ministry. Pastors who are leaving have lost hope that God is at work in their church or their ministry. Could it be that a primary reason pastors are leaving is that they have been sold a false bill of goods of success? When a pastor or church leader does not see visible signs of success and constant friction and criticism, escape becomes an attractive and seemingly life-saving maneuver. I contend that the rise of the celebrity church culture has hastened this crisis. When all struggling pastors ever see are success stories paraded in front of them through publications, conferences, and social media outlets, they begin to feel inadequate, worthless, and even begin to doubt their call. The only hope for church leaders who are faced with such overwhelming discouragement is to return to a realistic biblical model of ministry.

The truth is pastors tend to lose hope when they see themselves as more than a role players. When this happens, pastors take on more responsibility than they should, resulting in disappointment and disillusionment. Understanding one’s role on the team allows the focus and praise to be deflected from individuals and heaped upon Christ where it belongs. Our hope is not in the role we play but in the One who has assigned us the role. If we ever get this fact inverted, we will never be healthy or effective as leaders in Christ’s church.
In conclusion, it is not the quantity of materials that is the primary indicator of a healthy and successful church but the quality of materials. The Day is coming, and every pastor’s work will be tested. Will your work survive?

Chris McMillan has served in pastoral ministry for the past 27+ years, with the last 22 as a senior pastor at churches in North Carolina, Maryland, and currently at Providence Baptist Church in Gloucester, Virginia. He holds an M.A.T.S. from Liberty University and a D.Ed.Min from the The Southern Baptist Theological Seminary. Chris also serves as a global trainer with International Training and Equipping Ministries whose vision is to provide non-formal theological and practical leadership training to pastors in Africa. Chris has  been married for 27 years to Allison and they have a daughter Carissa who is 16 and a son Nathan who is in heaven.