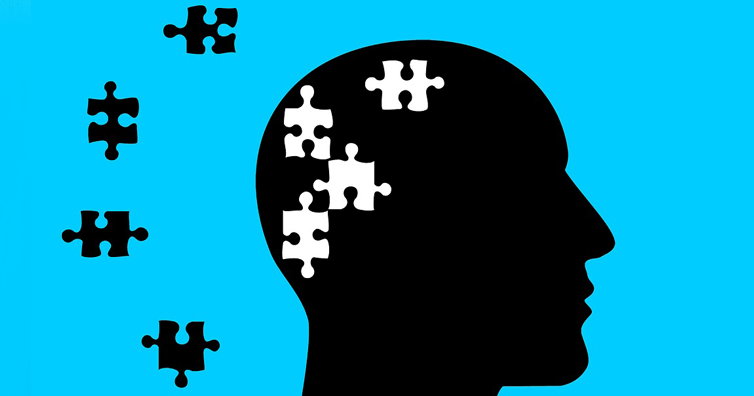 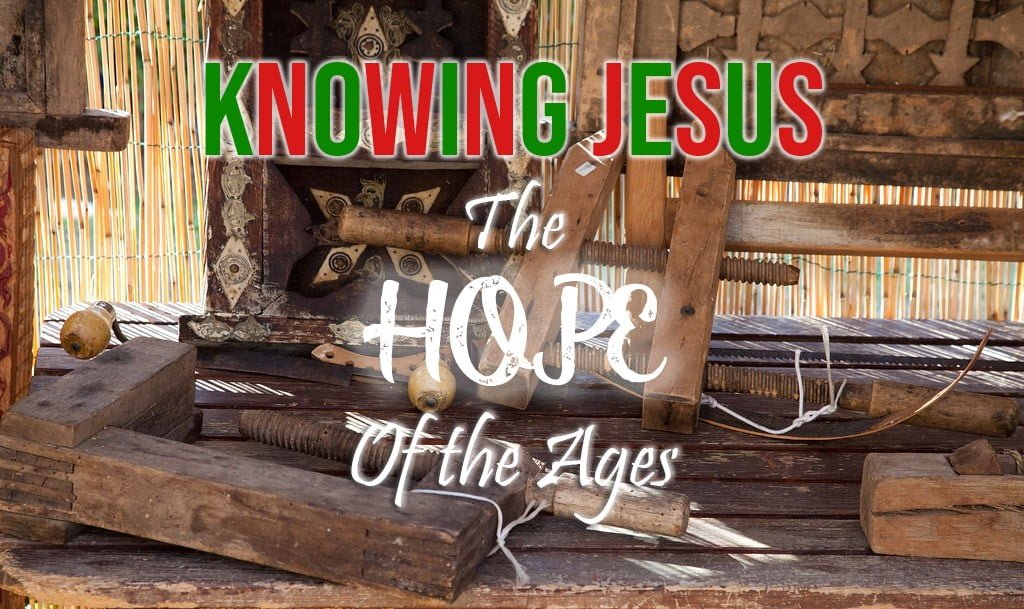 Scripture teaches that God forgives and forgets sinners’ sin in Christ (Isaiah 43:25; Hebrews 10:14-18). Passages such as Isaiah 43:25 and Hebrews 10 teach that the Lord does not remember the sins of sinners in Christ. Yet, we should not confuse the Lord remembering our sins with what we think of “forgetfulness”. The Lord is omniscient. He knows everything and forgets nothing. The Lord can still choose not to remember something. We may or may not forget the offense against someone/ourselves. To forgive, however, prevents us from dwelling on past troubles.

Instead of treating our sins like they deserve, the Lord removes our sin as far as the “east is from the west” (Psalm 103:12). When we are saved, our sins are forgiven entirely, which is what Hebrews 10 is talking about—the once-and-for-all sacrifice of Jesus—a one-time sacrifice that entirely removes our sins. In Christ, the people of God are justified before Him. Romans 8:1 tells readers that there is no condemnation for those who are in Christ. Romans 8:31-39 repeatedly speaks down to the nanosecond that Christians are held secure because of the Lord Jesus’ finished and sufficient work. The Lord does not remember our sins because He treats us as righteous in Christ (2nd Corinthians 5:21).

Even when Christians do sin, the Lord is faithful to forgive (1st John 1:9). The Lord frees His people from the slavery of sin and sets them free to experience new life. Knowing the forgiveness of God in Christ, Christians can join with King Hezekiah in praise to Jesus, “You have put all my sins behind your back” (Isaiah 38:17). And like Paul we can “press on toward the goal to win the prize for which God has called us heavenward in Christ Jesus” (Philippians 3:13).

The Christian and Assurance

One of Satan’s favorite tricks is to convince Christians that their sins aren’t forgiven, despite the teaching we’ve seen from the Word of God so far in this article. Satan desires to constantly remind Christians of their past sins and uses those as “proof” that the Lord couldn’t forgive them.

Psalm 103:12 tells Believers that the Lord not only removes our sins, but removes them entirely from His presence. 1st John 1:9 makes clear that the Lord forgives the people of God as they come with an attitude of repentance and ask to be forgiven. Further, 1st John 2:1-2 solidifies this promise because it is backed by the work of Jesus as Advocate.

Christians need to be careful not to assume in light of this teaching that it doesn’t matter how they live, because it does. It is not biblical for a child of God to live in habitual sin and continually live a lifestyle of disobedience (1st John 3:8-9). Paul’s teaching in 2nd Corinthians 13:5 is relevant here because there’s a difference between stumbling in sin and living a lifestyle of continual unrepentant sin.

Each Christian sins. Even the Apostle Paul did what he didn’t want to do because of indwelling sin (Romans 7:15). Like Paul, the Christian’s response is to hate sin, repent of it, and trust the grace of God to overcome it (Romans 7:24-25). Christians do not fall into slavery to sin because of the sufficient grace of God. When the faith of a Believer grows cold and we, like Peter, deny our Lord in word or deed, the Lord is still there, just as in the Prodigal Son’s story, to forgive him/her of his/her sin.

Satan aims to get Christians to think that there is no hope and no possibility of forgiveness. Many people feel trapped by an overwhelming sense of guilt and so walk away from the Lord. What we must remember is that we were never worthy of the grace of God. The Lord loved, forgave, and chose His people to be in Christ before the foundation of the world, not because of anything they did (Ephesians 1:4-6), but “in order that we, who were the first to hope in Christ, might be the praise of his glory.” There is no place that the grace of God cannot reach, no depth to which we can sink that God is not able to rescue His chosen. The grace of God is greater than all of our sins, so whether we are starting to wander off course or we are drowning in our sin, the grace of God can forgive us.

Grace is a gift of God (Ephesians 2:8), so when a Christian sins, the Holy Spirit will convict him/her of his/her sin so that godly sorrow is the result (2nd Corinthians 7:10-11). The Lord will not condemn the Christian, for there is no longer any condemnation for those who are in Christ (Romans 8:1). The conviction of the Holy Spirit is one of grace and love. Grace is not an excuse to sin (Romans 6:1-2). Grace is not to be abused nor treated as if sin is harmless or inoffensive. Unrepentant Christians need to be lovingly confronted and guided to freedom. Non-Christians need to be told they need to repent and put their trust in Christ alone.

Each people group needs to be told that the remedy to sin is the grace of Jesus (John 1:16). God’s grace is how people are saved, how Christians are sanctified, and how they are kept by and glorified by God. Rather than cheapening the grace of God, every Christian should be grateful to Him for His gift and live a life of honor before His face.

The Apostles’ Creed and Forgiveness

In Question and Answer 56 of the Heidelberg Catechism, which continues the exposition of the Apostles’ Creed by focusing on the statement that Christians believe in the “forgiveness of sins”, belief in divine forgiveness is confessed and deals with the Holy Spirit. The writers of the Apostles’ Creed could have also placed this particular point in the creed’s statement on the Father and the Son.

Though sinners may petition any of the persons of the Trinity for forgiveness, Scripture directs Christians to make their requests for pardon to the Father (Matthew 6:9-13). Christians are to ask for forgiveness grounded in the finished and sufficient work of Jesus (Ephesians 1:7; Colossians 1:13-14). The Holy Spirit must regenerate sinners before they acknowledge their need for forgiveness and seek the remedy to it in the finished and sufficient work of Jesus (John 3:5). In our experience and understanding of Scripture, the Holy Spirit makes the first move toward the sinner for them to receive divine forgiveness. Thus, the Apostles’ Creed is right to discuss forgiveness within the setting of the Holy Spirit.

Question and Answer 56 of the Heidelberg Catechism helps people understand divine forgiveness. In Micah 7:18-19, the prophet helps people understand and marvel at the greatness of the pardon offered by the Lord. Micah 7:18 teaches the uniqueness of the forgiveness of the Lord, revealing that no other deity can offer the pardon that the covenant Lord offers to His people. The forgiveness of God is incomparable because He forgives sinners in Christ alone, without compromising the justice of God (Romans 3:21-26). Scripture is clear that the Lord is both Just and the Justifier. The other “gods” of this world, who are no gods at all but demons masquerading as gods (Deuteronomy 32:17; 1st Corinthians 8:4-6; 10:20), compromise their “righteousness” when they “forgive” because they do not demand true atonement for sin.

The Righteousness of Christ and the Christian

Those whom the Lord has forgiven are genuinely forgiven. The Lord does not forget what His children have done, but He no longer holds their wickedness against them when their trust is placed in Christ. Through the blood of Jesus, the Lord sees His people as righteous and acceptable in His sight. The Lord will not take this status away from His people. While we may find it hard not to hold others’ sins against them, the Lord easily and readily refuses to hold the sins of Believers against them. 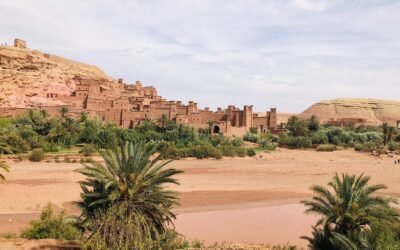 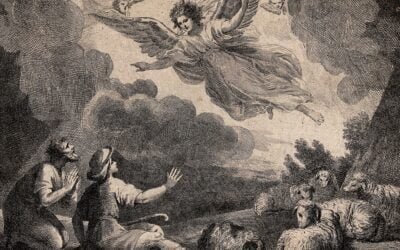 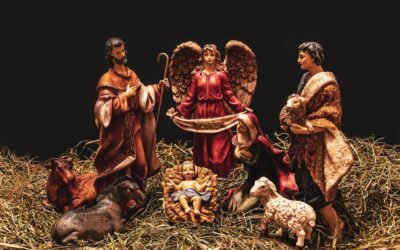 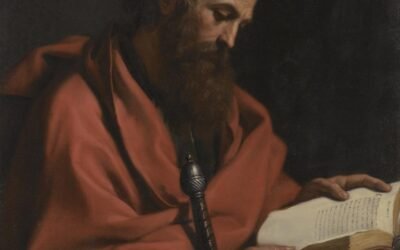 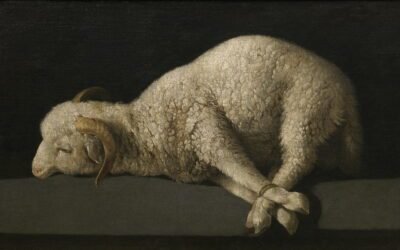 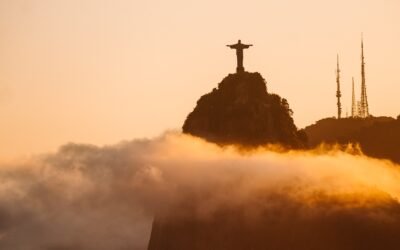