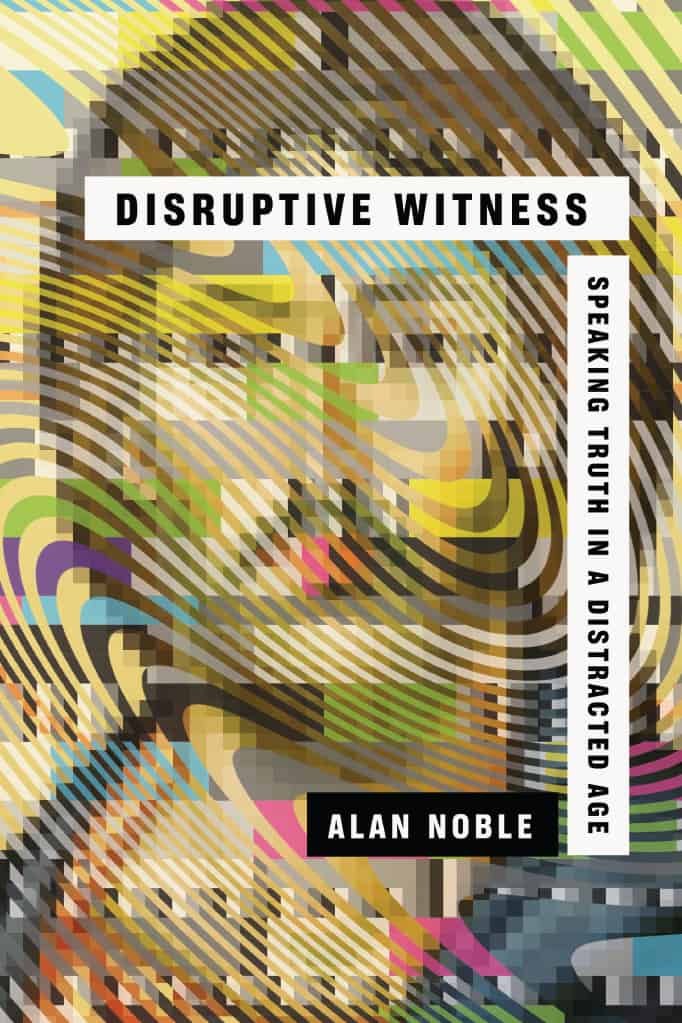 One of the perils of refusing to buy a smartphone is that I have to rely on our old GPS. The maps haven’t been updated since 2012, so occasionally I’ll drive on a new road that simply doesn’t exist according to my GPS’ outdated maps. I appear to be driving through nothingness while my GPS urges me, repeatedly, to “stick to the highlighted route” or “take the next U-turn.”

Alan Noble’s Disruptive Witness (IVP, 2018) focuses in on what happens to modern people when our map of the world doesn’t make sense of our lived experience. Thanks to the technology of distraction, it is possible and tempting for us to “live with internal conflicts and contradictions with little cognitive dissonance” (25). We can keep the stream of distractions steady enough to drown out the voice that insists we’ve driven off the map. Even without a smartphone, I can easily spend my days checking in over and over to see what is new on my social media channels or reading endless articles related to my particular hobbies, a tendency Noble owns up to in the first chapter of his book. In light of such a constant stream of distraction, Noble raises an important question: How do Christians bear witness to a transcendent God?

Noble is at his finest when diagnosing the problem using Charles Taylor’s ideas on secularism. Secularism convinces us that we are “buffered selves”–that is, we believe that nothing can affect us unless we choose to allow it in–living in within an “immanent frame”–a map, if you will, that only accounts for the material universe and excludes the vast territory of human longing and the possibility of all supernatural phenomena. It is only through disruptions like allusiveness and suffering that we begin to recognize that our map of the world is inadequate.

When the church capitulates to the culture, we try “to communicate the gospel with cultural tools that are used to promote preferences, not transcendent, exclusive truths” (122). However, the means by which we attempt to communicate the gospel can sometimes conflict with our message, or undermine it. When we try to share the love of Jesus through a T-shirt slogan or a Facebook meme, we can end up making it seem like just another consumer choice. Noble’s alternative is to offer “disruptive witness” through personal, church, and cultural practices that reveal the transcendent power of the gospel. Part two offers a few new practices, particularly when it comes to engaging with cultural artifacts which is what Noble has done so well as editor of Christ and Pop Culture; but most of the advice in part two was pretty familiar given the recent trend towards reclaiming the beauty of liturgy (see: Tish Harrison Warren’s Liturgy of the Ordinary, IVP 2017).

Noble missed the opportunity to use Scripture to support many of his arguments. His thesis about bearing disruptive witness awakened me to see this pattern all over Scripture. I thought first of when the prophet Nathan tells David a story about a poor man who has his only, beloved sheep commandeered by the king and this story pricks David’s conscience in a way not even David saw coming (1 Samuel 12). I also thought of the many times when Jesus used storytelling to reveal the truth or accepted an invitation to eat with sinners, to the surprise of those around him, and offered a “disruptive” vision of the gospel. Such examples would only have bolstered his already strong thesis.

Read Noble’s book to get a clear-headed vision of the cultural moment we live in, then follow up his book by reading Tim Chester’s A Meal with Jesus (Crossway, 2011), which pictures shared eating as a means for sharing love and sharing hope with our neighbors. Consider also reading Mike Cosper’s Recapturing the Wonder (IVP, 2017), which offers an invitation to use spiritual disciplines as pathways towards the transcendent wonder of God. Both complement Noble’s thesis well and provide compelling pictures of the kinds of disruptive practices. Noble wants to see Christians use to bear witness to the world. The Christian tradition is rich with practices like communion that speak the embodied reality of the gospel through means that don’t just add to the noise of modern life.