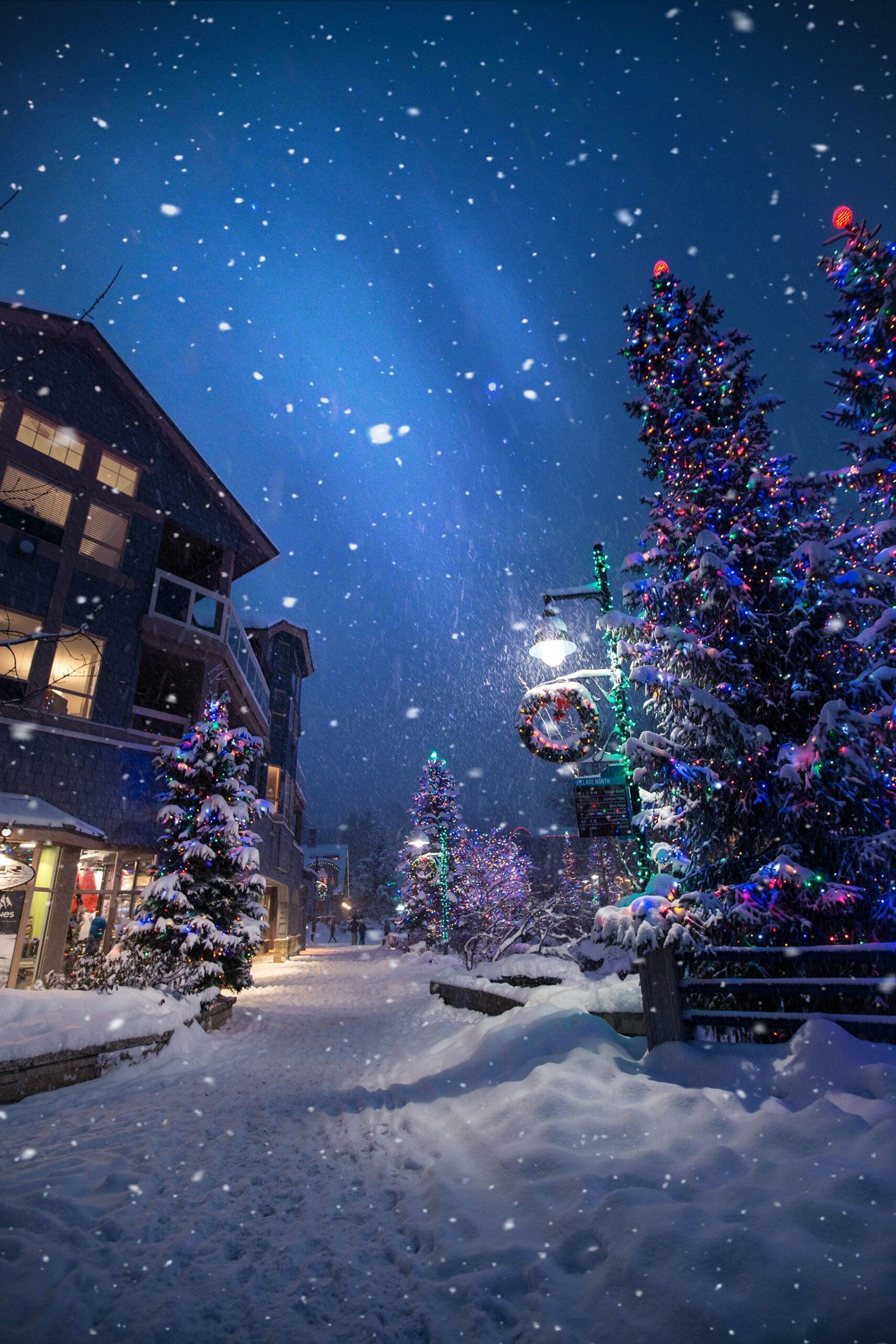 One of the most distinct memories of last year’s Christmas was a quiet Saturday afternoon I spent alone, as my dear friend courageously waged the final stages of her battle with cancer. The shades were drawn, and I had the Christmas tree flipped on—a  mesmerizing blur of multicolored lights that mixed strangely with the afternoon shadows. I didn’t turn on the TV, or read, or even scroll through my phone. I just prayed in the silence. I don’t think I really had a choice; the weight that pressed my heart left me so crushed that the only words that could formulate were prayers. I recounted the afternoon I had spent with my friend just the day before, recounting and treasuring as much as I could call to mind, and yet the more I dwelled in the memory, the more the signs pointed to the fact that she was slipping away. Occasional text updates that punctuated the silence, only confirmed this devastating reality.

I spoke candidly with God in those hours. I pleaded for His presence to be with her, with her husband, with her family. I asked Him for wisdom even to know how to pray. I told Him this was so hard, as I remembered that 10 years earlier, my family was preparing for our first Christmas after my brother’s death. The pain of shopping for one less person, of pulling out his Christmas stocking when we unpacked the decorations, and that scene in A Christmas Carol when Tiny Tim dies in a hypothetical future, and Bob Cratchit makes his family promise not to forget his memory. Except that in real life, you don’t wake up jubilant on Christmas morning and find that the tragedy was all a ghostly life lesson. Somehow, tragedy feels infinitely worse at Christmas.

I suspect the reason for this is that the culture places such high expectations of frivolity and enchantment on the holiday. Everything is supposed to be ‘holly jolly” and “very merry and bright” and “the most wonderful time of the year”. This atmosphere takes on a macabre, confusing cruelty in the midst of reeling from grief. The tendency can be to avoid, or distract, or flee, and yet deep, rooted, comfort can actually be found in leaning into Christmas, true Christmas.

The idyllic baby in a manger was born into a world of human suffering. Consider the exact circumstances into which the Son of God emerged in human form: poverty, oppression, marginalization, infanticide, scandal, shame, forced immigration, and the list goes on. In taking on human form, He entered into the suffering that would come with it. This baby would grow up to be,  as Isaiah 53:3 describes, “a man of sorrows, and acquainted with grief.” He would take the sins of humanity upon Himself, and be crushed to death, dying for the ones who killed Him. The season of Advent will always hurt after the death of a loved one, the pain of separation, the isolation of loneliness and any number of other trials, but the season is not incongruous with grief. If anything, grief separates the metal from the dross and drives us deeper into Christ the redeemer. Leaning into grief in this season will cause a deeper sense of hope, even rejoicing through tears. Counterintuitive though it may seem, one practical way to begin to reframe the season is by digging deeper into Christmas carols.

Many Christmas carols may trigger a knee-jerk response of avoidance because they are either painful reminders of loved ones or simply sound too upbeat. However, many of the best-known carols, even ones played in the grocery store, come straight out of a hymnal. Many are based directly in Scripture and contain powerful truths that can comfort and inform the soul in the midst of suffering. These are not songs that turn a blind eye to the pain and trials of life either; mining the lesser-known verses can often yield hidden gems you might have glossed over in different circumstances. Take “Hark the the Herald Angels Sing”, for example:

Light and life to all He brings,

Ris’n with healing in His wings.

Mild he lays His glory by,

Born that man no more may die

Suddenly the “little Lord Jesus asleep on the hay” becomes Christ the Healer, and how desperately we need the great Healer. Or “It Came Upon the Midnight clear”:

And ye, beneath life’s crushing load,

Whose forms are bending low,

Who toil along the climbing way

With painful steps and slow,

Come swiftly on the wing:

O rest beside the weary road

And hear the angels sing.

You may also seek out and read the lyrics of older carols that are seldom sung. “O’er the Hill and O’er the Dale”, from 1860,  ends with this powerful conclusion:

He is God ye go to meet;

He is King ye go to greet:

Gold is in your coffer.

Every grief that man can bear:

Therefore now against the day,

In the grave where Him they lay,

Identifying the pain that you feel within these carols, and within the suffering Savior, can turn the sting of a painful association into the healing balm of belonging. Christ came for you. Christ suffered, died, and rose for you. Christmas is for you.

I recall vividly a Christmas when the death of Christ resonated with me on a deeper level. I sang in the choir at my church’s Service of Lessons and Carols several years after the loss of my brother. We sang a brilliantly orchestrated setting of “We Three Kings”, and the music changed drastically just before the myrrh verse. A bell tolled, and a sorrowful violin played an elegiac introduction, before the soloist sang in a fraught, almost breathy voice,

Myrrh is mine; its bitter perfume;

Breathes a life of gathering gloom;—

Sealed in the stone-cold tomb.

For months we had been singing just the choral parts, but something about putting it all together with the orchestra and soloists, prompted a vivid flashback of my brother on his deathbed, the labored rising and falling of his chest, the last few gasps, and then his vacant body. I broke into tears and couldn’t sing the refrain. I could only think. “Jesus died.” Not just Sunday school died, not just glossed over in a sermon died, not gospel tract died, but died as I had experienced death. Breathed his last with a tortured cry of “it is finished.”

It was finished, but the story wasn’t over, and the final verse of the song reflects this in a majestic shift in tone:

King, and God, and Sacrifice;

The story of Christmas is a pleasant cultural folk tale without Easter morning. More than merely entering into human suffering and mortality, Christ conquered it. It doesn’t mean the darkness is not real, and doesn’t hurt, but it means that the darkness scatters at the presence of the Incarnate God. “In Him was life, and the life was the light of men. The light shines in the darkness, and the darkness has not overcome it’” (John 1:4-5). All the melismatic “Gloria”s in the refrain of “Angels We Have Heard on High” are not adequate to contain the majesty of those words.

Not only can Christmas remind us of the incarnation of Christ, and point ahead to the sacrifice and resurrection of Christ, but we can also look ahead to an eternity with Christ when, as Revelation promises, “He will wipe away every tear from their eyes, and death shall be no more, neither shall there be mourning, nor crying, nor pain anymore, for the former things have passed away” (Revelation 21:4). Even this glorious reality can be found in the music of Christmas.

Handel’s Messiah is a popular oratorio at Christmas time that continues the story well past the traditional Christmas narrative. Once of its most famous movements, the Hallelujah chorus, comes from Revelation:

For the Lord our God

This is not a story from the past, but a future and present reality. And music, particularly Handel’s setting of the piece, is a majestic conduit through which the glories of this reality can be magnified.

A final hymn to consider that imparts an eternal perspective at Christmas, is “Joy to the World”. While this carol, which is based on Psalm 98, has been culturally accepted as extolling the incarnation of Christ, the text can equally be applied to his second coming. Though the title and even the music itself are joy-filled, this is not a one-note happiness, but rather a deep, seasoned joy that has acknowledged life’s suffering. As verse three states:

Nor thorns infest the ground.

He comes to make His blessings flow

Far as the curse is found.

The thorns of sin and sorrow were twisted into a crown of mockery, and pressed into the head of the suffering Savior, but as Isaiah 53 so beautifully states: “with His wounds we are healed.”