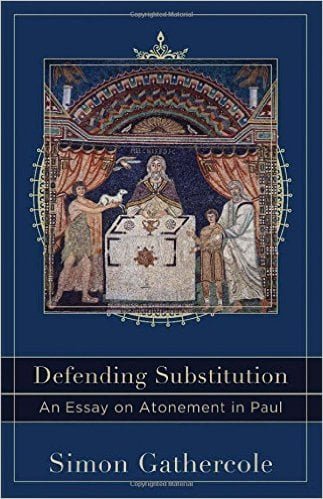 Defending Substitution: An Essay on Atonement in Paul 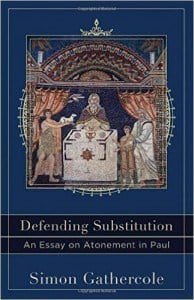 As Christians, we believe that the death of Jesus on the cross accomplished something, namely dealing with the sin and death problem that has faced all of humanity since Adam’s fall in the Garden. With that said, what exactly was accomplished, for whom, when, and how did it all plays out has been a source of debate among biblical scholars. Some aver substitutionary atonement while others support a more representative approach to Christ’s sacrifice. Professor Simon Gathercole in his helpful book Defending Substitution: An Essay on Atonement in Paul unpacks a difficult theological subject in an effort to demonstrate the validity from a biblical perspective of substitutionary atonement.

Gathercole provides valuable interaction with three specific alternative viewpoints to what Christ did, namely the Tubingen View, Hooker’s Interchange View, and finally the Apocalyptic Deliverance View. I found the discussion of these views to be quite valuable, and Gathercole does a great job of noting their respective positions and their merits. It was interesting to me to note that portions of these views are valid; however as Gathercole aptly summarizes, “they adopt a particular view of the atonement in Paul, and this theory tends to take on the role of a dominant or all-encompassing explanation.” Those dominant explanations seem to focus on sin collectively while failing to interact with the reality that Paul does deal with specific sins in relation to the atonement.

Chapters 2 and 3 provide some excellent theological reading as Gathercole interacts with two key Pauline passages – 1 Corinthians 15:3 and Romans 5:6-8. He keys in on some specific portions of both passages that speak of Christ doing something for us. This is by definition an act of substitution, the action of one on behalf of another. The discussion provided by Gathercole on the examples from classical literature reveals a friend willingly dying for another was quite interesting. What this discussion reveals is more than the fact that substitution was an act understood prior to and during the time of Paul. Gathercole seeks to drives home the point that Christ did far more than what was demonstrated in classical literature. Unlike those examples he notes, “Christ’s death creates a friendship where there had been enmity” meaning even though we showed ourselves not to be friends of God, even though we have failed our marriage vows, and even though we have rejected relationship with God, Christ dies for us. Such love was unknown in the classical literature examples, thus revealing the true nature of Christ’s sacrifice, one of love for those who were an enemy of God.

This book is available for purchase from Baker Academic by clicking here.

I received this book for free I have expressed are my own. I am disclosing this in accordance with the Federal Trade Commission’s 16 CFR, Part 255 : “Guides Concerning the Use of Endorsements and Testimonials in Advertising.”