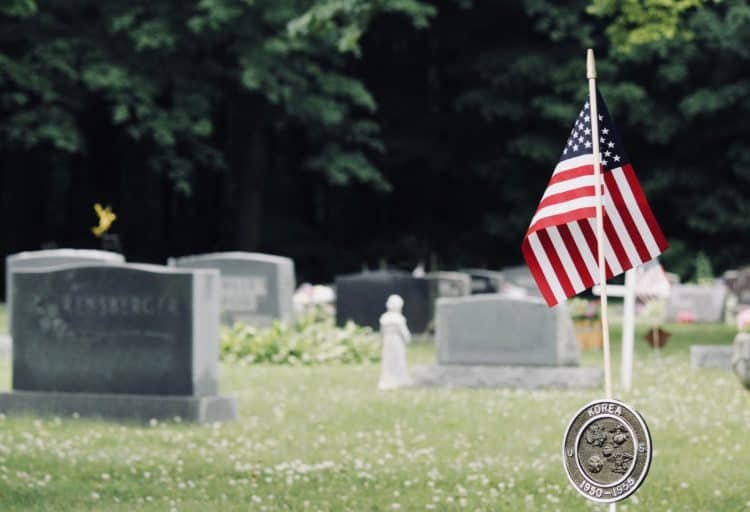 Have you ever seen a bulldozer clearing a field for new construction? The grass, the little saplings, and even the larger trees—all fall equally and inexorably prey to the power of the one who is making the area conform to his vision, to his plan. The feeble plants do not have a chance; they must give way to the might of the one who is moving them. On a much grander scale, Paul invokes the imagery of irresistible power in his description of the reign of Jesus Christ in this world: “He must reign until he has put all his enemies under his feet” (1st Corinthians 15:25). And then these indescribably glorious words: “The last enemy to be destroyed is death” (verse 26).

What? Even that great oak will finally fall? Death—that indestructible, unmovable bastion against which all humanity has hacked helplessly away throughout our entire history—death will finally meet its own doom? The words seem simply too good to be true. Even the death row inmate who receives a last-minute pardon knows it is but a forestalling of the inevitable, an extension of the sentence of death under which every human has labored.

When Peter was miraculously rescued from his prison cell by the angel of the Lord, it was only a short-lived deliverance; he would later die at the hands of his persecutors for the sake of the same gospel for which he was originally incarcerated. John, history suggests, was thrown into a vat of boiling oil by those who hated his message—without any harm coming to him! Not knowing what else to do with him, they apparently stuck him on the isle of Patmos, from which he wrote the wonderful Book of Revelation that concludes the New Testament. But even John, who probably was the only apostle not to suffer martyrdom, eventually met his own death.

Has history taught us any lesson more clearly or convincingly than that death is inevitable? Even for Methuselah there would finally be a 970th year that he would not see: despite his unique longevity, his remarkable story would still reach its eventual conclusion: “All the days of Methuselah were 969 years, and he died” (Genesis 5:27). The only two people in the entire history of mankind that have evaded death—Enoch and Elijah—are perhaps most well known for the very fact that they so unexpectedly escaped death’s inescapable clutches. The recognition of our own frailty is apparently one of the lessons that God would have us draw from our finite experience in this world:

“O Lord, make me know my end and what is the measure of my days; let me know how fleeting I am! Behold, you have made my days a few handbreadths, and my lifetime is as nothing before you. Surely all mankind stands as a mere breath!” (Psalm 39:4-5).

This awareness should lead us to a serious contemplation of the meaning and purpose for our life, as long as we live.What is the meaning of life? Why are we here on this earth? Such questions are often asked, but rarely with any real desire to be confronted with the answer. John reveals to us, in the heart-cry of the heavenly throng, why we are here: “Worthy are you, our Lord and God, to receive glory and honor and power, for you created all things, and by your will they existed and were created” (Revelation 4:11). We are here to please our Creator, to live out His good pleasure each day of our lives. As our Creator, He is always worthy to receive all that we have to give.

But that is not the point that Paul is making to the Corinthian church; surprisingly, he is not describing for them the power of Jesus Christ in order to remind them of their duty. Rather, he is proclaiming the power of Christ for the purpose of announcing their privilege. Christ, Paul declares, is mighty in the destruction, not only of His own enemies, but of yours as well! In fact, Christ was willing to Himself feel death, so that we might be forever delivered from the power that death had over us.

In this life we face many daunting foes: temptation, grief, discouragement, and fear (to name just a few). But none has proven so devastatingly indestructible as death itself. As children of God, we have all known what it is to fight against sorrow, to war against lust, to battle with depression—and still emerge victorious, through the power of Jesus Christ. But none of us has ever known anyone who has locked horns with that grim enemy Death successfully. The last enemy, the one whom we all quake to face, is the very enemy that we cannot possibly defeat.

But this is the very same foe that Christ has promised to vanquish on our behalf! The last enemy will be His final victory. Here is the unfathomable force of what we read in God’s Word: the eternal Son of God showed mercy to a hell-bound and helpless people by taking their own punishment—including death—on Himself: “He looked down from his holy height; from heaven the Lord looked at the earth, to hear the groans of the prisoners, to set free those who were doomed to die” (Psalm 102:19-20).

The everlasting, ever-living Christ entered the realm of death in order to spoil death of all its strength. Death and the devil had no more power over Jesus than a fortress that is being ransacked has over its invaders! Christ bowed His head and entered the doorway of death, not out of defeat, but “that through death he might destroy the one who has the power of death, that is, the devil” (Hebrews 2:14). Jesus Christ raided death and brought all of His children out of its dungeons and into the light of His own eternal and glorious Heaven.

If you are grieving the loss of a loved one right now, death can seem like the final reality. But death is temporary; only Jesus is eternal in His very nature. And so all who look to Him, who rely on Him, will live forever with Him.

So Look to Eternity

It is no wonder, then, that Jesus would admonish us “do not fear those who kill the body but cannot kill the soul. Rather fear him who can destroy both soul and body in hell” (Matthew 10:28). There is an end worse than death, Jesus reminds us: death will be defeated one of these days, but hell is forever. John gives us this graphic description of the end times: “In those days people will seek death and will not find it. They will long to die, but death will flee from them” (Revelation 9:6). What a contrast between this awful scene and the gracious words of Jesus, that “everyone who lives and believes in me shall never die. Do you believe this?” (John 11:26).

For each child of God, it will one day become a reality that “Death is swallowed up in victory” (1st Corinthians 15:54), that our Savior Jesus Christ has completely “abolished death” (2nd Timothy 1:10), and that God will wipe away every tear and “death shall be no more” (Revelation 21:4). No more death. Can you believe it? Do you believe it? No more death! Jesus’ triumph will be so complete that Paul describes His conquest in these comprehensive terms: “The last enemy to be destroyed is death.”

With death destroyed, what is left for the child of God, but everlasting life? With the last enemy finally conquered, no further adversary could ever be expected to raise its ugly head against us. For you, Christian, the same inexorable power that is employed in overcoming the enemies of God has been exercised on your behalf, in order to bring death to its own demise! Jesus Christ will one day bury death. And the triumphant monument that He will raise over its grave will be the everlasting host of His redeemed children.

So Paul reminds us, not only that Christ “must reign”, but that also, as a result, our own feeble bodies must eventually give way to the supernatural strength that will change and glorify them, fitting them for a life of eternal perfection: “This perishable body must put on the imperishable, and this mortal body must put on immortality” (1st Corinthians 15:53). Notice the certainty, coupled with wonder, with which Paul by faith describes this marvelous sight:

Behold! I tell you a mystery. We shall not all sleep, but we shall all be changed, in a moment, in the twinkling of an eye, at the last trumpet. For the trumpet will sound, and the dead will be raised imperishable, and we shall be changed. (1st Corinthians 15:51,52).

Dear child of God, have you been fearful of that fierce antagonist that stalks us all? Have you dreaded the approach of death, allowing its shadow to rob you of the joy of today? Don’t let death steal another day from your life! You see, Christ came not only to deliver us from death itself, but even from the fear of death.

Jesus died, not only to destroy the power of death, but also in order to “deliver all those who through fear of death were subject to lifelong slavery” (Hebrews 2:15). He has freed us from that great dread so that we might be enabled to joyfully, faithfully live out the life that He provides for us here and now.

When we contemplate the great mercy of Jesus, that He came and entered death so that the last enemy would finally be destroyed and we would die no more, how can we help but join in Paul’s worshipful praise and proclaim “thanks be to God, which giveth us the victory through our Lord Jesus Christ” (1 Corinthians 15:57). 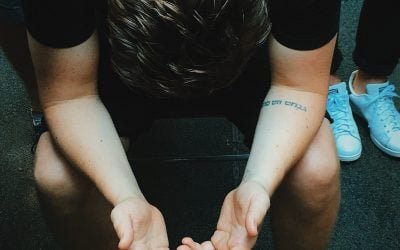 A Three-Pronged Approach to Ministering to Grieving People

“Rejoice with those who rejoice, weep with those who weep.” Romans 12:15 (ESV) When ministering to someone who is grieving, please don’t be like Job’s friends. They were full of good advice, counsel, and were well-meaning. If you know the story you know that, in the... 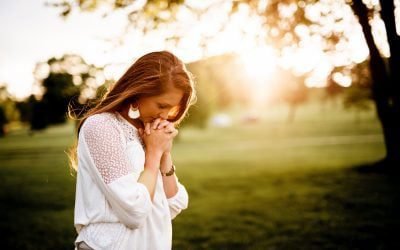 There are times in life where what you believe is tested by what you experience. If you believe the Bible is true, it is not too much later you will come across something or someone who calls that into question. We are used to people outside the Christian community... 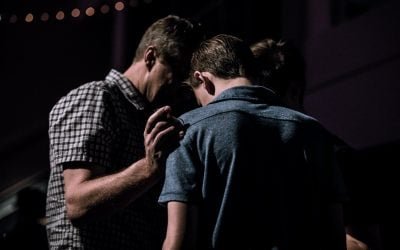 Being the Friend Who Cares For the Lonely and Grieving

Loneliness and grief are deeply personal subjects that affect everyone. In high school, I remember before my parent's divorce sitting on the upstairs stairs in our house, in the Greater Seattle area listening to my parents’ argue, and being deeply affected with grief... 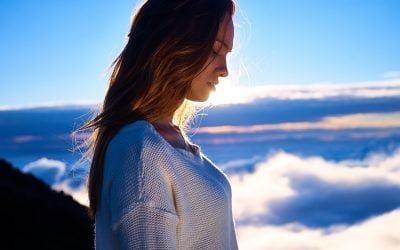 The Comforting Truth of God’s Sovereignty

Only the bravest people dare to venture outside in the middle of a Texas summer day, the rest of us are either in an air-conditioned building or near water. My kids love to swim, and being inside all day supplies young children abundant energy that needs to be burned... 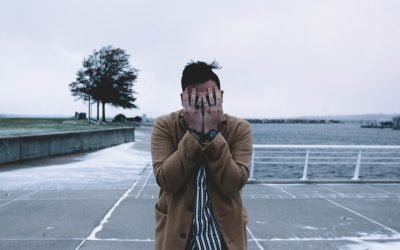 The Gift of Lament 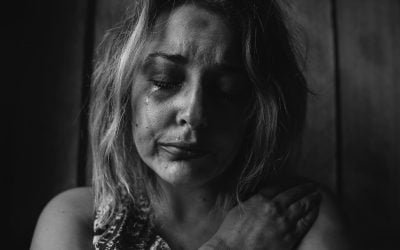 How to Deal with Grief

Grief is a strange thing. Months, even years after a loss, it can show up unexpectedly. About eight months after my grandfather passed away, I was traveling on the highway and passed the exit I would take to get to his house. I suddenly started crying and couldn’t...