Dear Seminarian: So You Want to Go to Seminary?

This is a brand new series we are doing to help those who are interested in going to, already in or who have graduated Bible College or seminary. The purpose of this series is to help you grow in the grace of God while you are preparing for, while you are attending and after you graduate from seminary.

So you want to go to seminary? You feel called by the Lord to serve Him in full-time Christian service. Your plan is to enroll in a seminary or divinity school to prepare yourself for your calling. After graduation you plan to transition into a good church where you can serve. The problem is the majority of seminary and divinity school graduates do not serve as pastors in local churches. Many of them work “secular” jobs to support their family, while they serve in ministry. Earlier this year PBS published a segment on their “Ethics and Religious News Weekly” program about “Diminishing Job Prospects for Protestant Pastors.”[i]

As one who is fast approaching his own graduation from seminary, let me give you some advice as you pray through your calling. First, make sure that you are called to ministry. I cannot stress this enough! Ministry is not for the faint of heart. It is certainly not for those who don’t seem to “fit” anywhere else. As the saying goes, “God equips the called, not calls the equipped.” If you feel that God has called you ministry my advice to you would be to begin by serving in your local church in any way you can. Allow your church leaders and others to confirm that calling in you. They will be able sense whether you are called by the way you serve.

Second, do not go to seminary if you are not called to ministry. I cannot tell you how many people I have met at seminary who have no sense of a call, yet they are attending seminary as if they were getting an MBA. Many people attend seminary because they do not know what they want to do in life so they hope by taking Bible classes they will be “called.” I would refer you back to “God equips the called, not calls the equipped.” If you are not called to ministry, seminary will be a confusing and frustrating experience for you! Not to mention, expensive!

Third, plan to serve a church in a bi-vocational role. When I was called to ministry, I assumed that I would serve as a full-time pastor or church staff member one day. In the South where I live, many pastors serve on a bi-vocational basis. This means that they must have skills and experience in fields other than ministry to help provide for their family.

If I could give you one piece of advice that I wish, I had been given entering seminary it is this: Get a Bachelor’s degree and possibly a Master’s degree in something that will allow you to have a good career. I made the mistake of getting a degree in something that would not help me get a good career down the road. My thinking was that I just wanted to get a Bachelor’s so I could go to seminary. Yet, I have never served in a ministry position that has paid full-time. I have had a difficult time finding a job to support my family because my education and experience is all church related. If you feel called to ministry find a career that you know will support your family and pursue ministry as your passion.

Fourth, think outside the box. What do I mean by this? When I was called to ministry, I assumed that I would eventually serve as a pastor or church staff member. I have found myself in three ministry positions that were simply not good fits for me. I have begun to think that maybe serving in ministry as a traditional pastor is not where the Lord has me. It does not make my calling invalid. It just means that I assumed something about my call that was not God’s plan. We tend to do that as fallen finite human beings. I am entering a season of exploration and discovery in regards to my call. When you are called to ministry, do not simply assume it will be in a traditional pastor/staff role. Paul gives the body analogy in 1 Corinthians 12 for a reason. If we were all preachers/teachers who would lead the children’s ministry? As you explore your calling, feel free to think outside the box. Think about your passions and desires. What do you love to do? Maybe that is where the Lord is calling you to minister.

I have an uncle who was called to ministry later in life. He hasn’t gone to seminary and probably never will. He doesn’t feel called to serve as a pastor. My uncle travels the country and ministers to race fans. He is an avid NASCAR fan, so he put his passion for racing and Jesus together. At least once a month he is at a racetrack sharing the gospel. Now that is thinking outside the box! He works a secular job to support his family and travels to races on the weekends.

In conclusion, ministry is what you make it. Being called to ministry doesn’t mean you have to serve in a traditional ministry. The Lord chooses to use us in many ways to minister to others. Ministry can be a conversation at the coffee shop or teaching a small group Bible Study. You may never use your seminary education to serve in a full-time position, but that is not the point. As you are in seminary take on an attitude of humility and allow the Lord to shape and form you for His glory.

The Future is Now

It was not the most promising day. Fifty-nine degrees, light rain, and gusty winds were not exactly ideal for my daily bike ride. Yet, I dutifully hopped on my road bike and made my way through the scenic roads of Whatcom County. I found myself praying that day for a...

A number of years ago, as I was preparing to take the written and oral exams for ordination in the Presbyterian Church in America (PCA), I realized how little I knew about the English Bible (as opposed to the Greek and Hebrew Scriptures). Sure, I knew the stories,...

Dear Seminary Student, The year leading up to our move to Louisville to attend The Southern Baptist Theological Seminary my wife and I committed to a very frugal lifestyle of beans and rice in order to save as much money as possible for the northward transition from...

One of the ways seminarian can love the local church and serve her is by writing, a lot. The beauty is that as a seminary student you are already writing a lot. As you write, think of how what you’re writing can serve the Lord and His church body. The local church can...

Dear Seminarian, It seems like just yesterday that I was sitting in my first seminary class. I was excited as that first professor walked into the room, wrote his name on the board, and proceeded to hand out the class syllabus. My excitement quickly migrated to being... 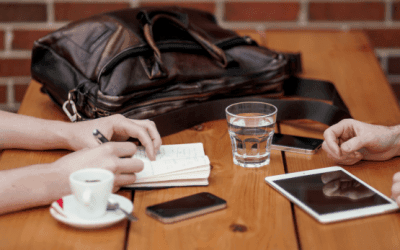